SOUTH ABINGTON TOWNSHIP, Pa. — 7-year-old Christopher Jordan is enjoying playing on his swing set in the backyard of his home in South Abington Township. ... 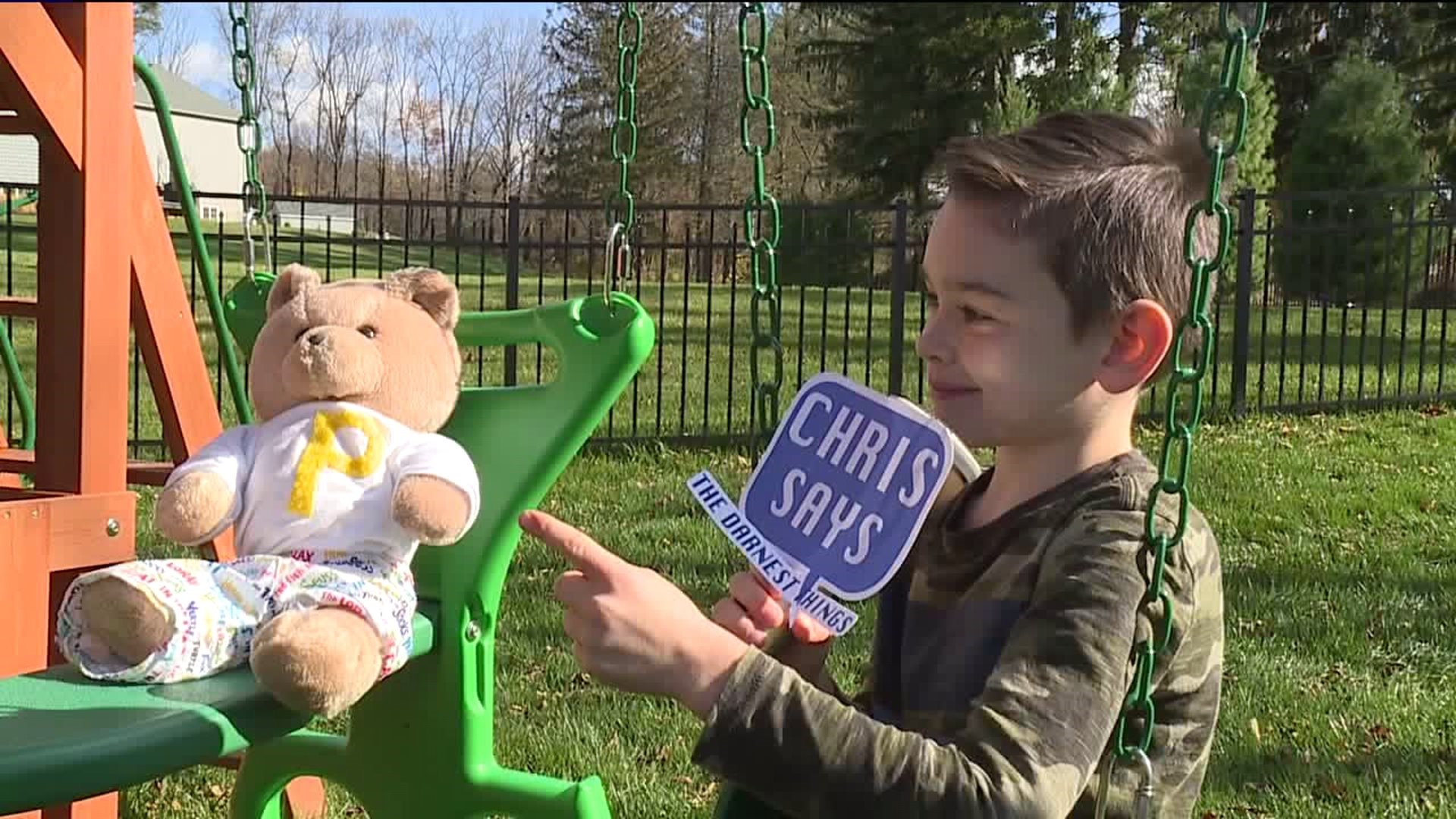 SOUTH ABINGTON TOWNSHIP, Pa. -- 7-year-old Christopher Jordan is enjoying playing on his swing set in the backyard of his home in South Abington Township. These could be his final days of peace and quiet before he’s constantly swarmed by paparazzi.

Chris is about to become a TV star! He’s appearing on an episode of the ABC reboot of Kids Say the Darndest Things hosted by Tiffany Haddish.

When we told him everyone in the area was about to know his name, he had mixed feelings.

“Ya gotta be kidding me,” Chris said.

Chris isn’t sure if he’s ready for all the fame and fortune that comes with being a local celebrity.

“I don’t even have a car yet!” Chris exclaimed.

“He told his teachers and his classmates, and they made an announcement at school so they’re all excited for him,” Chris’ mom Linette Jordan said.

Chris’ parents saw an ad on Facebook for a casting call for the show. They headed to New York City, not expecting anything more than a fun experience.

“We got a call back after that and they emailed us to say ‘hey does he want to film with Tiffany’ so it just kind of rolled from one thing to the next,” Chris’ dad Chris Jordan said.

Linette and Chris say their son is quite the chatterbox, so being on a show that’s all about the funny things kids say is a perfect fit.

"He’s just got a fun personality. He’s always been imaginative since as long as I can remember," Chris' dad said.

In the segment, which was filmed in Harlem, New York, Chris and Tiffany chat on a swing set just like the one in his backyard. Chris is excited to watch his national tv debut Sunday night.

Yes, it will be pretty weird, because I’m there, right, I’m on TV. That’s in New York, and I’m in Pennsylvania at my house so it’s just weird,” Chris said.

He’s still coming to terms with the fact that anyone can turn on the TV and see his face.

Chris’ parents wouldn’t be surprised if he pursued a career in acting, but based on his interviewing skills, we see a future in reporting.