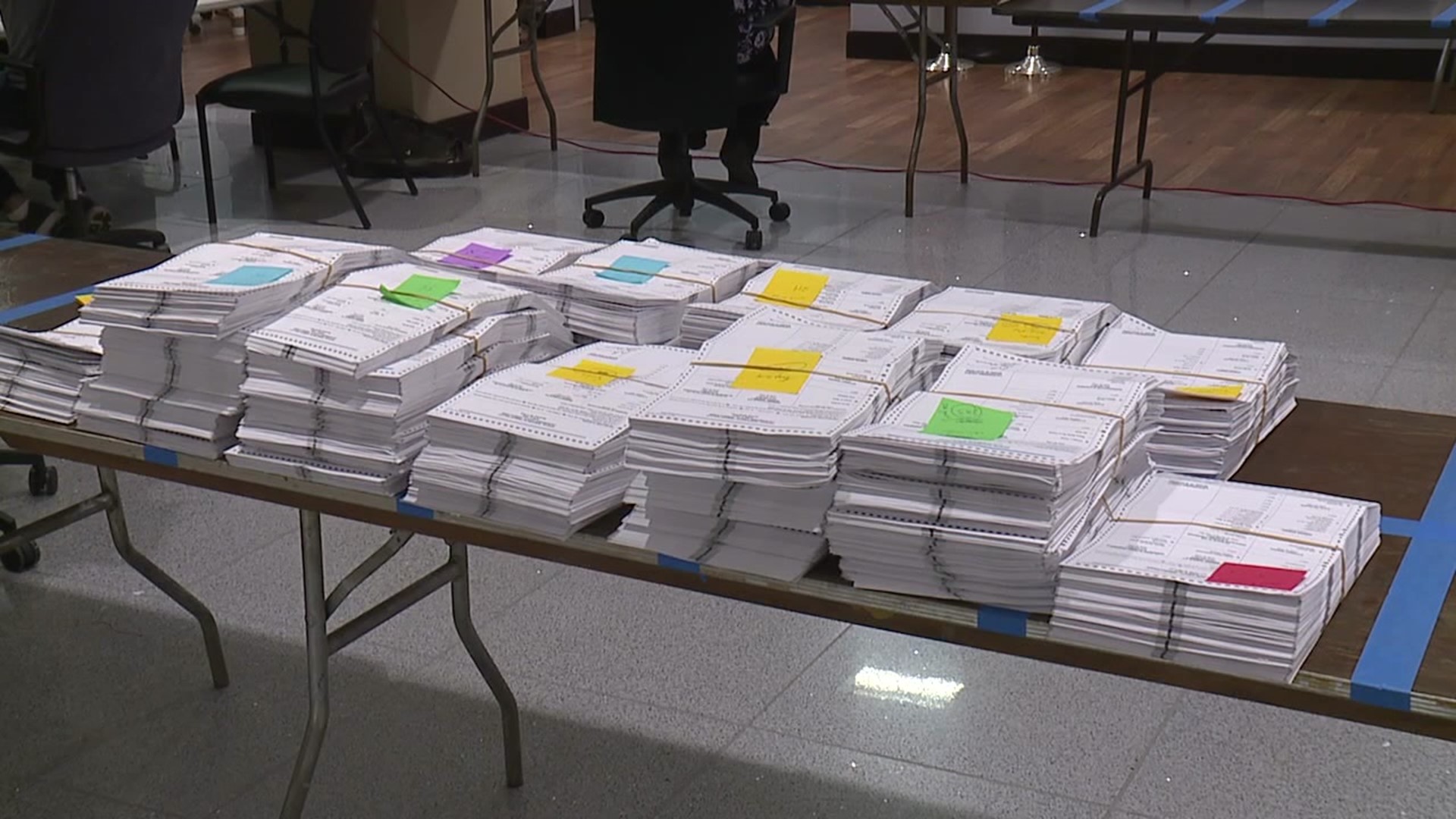 SCRANTON, Pa. — Some Lackawanna County employees spent a lot of time inside a first-floor conference room at the county's government center.

They were part of a masked assembly line sorting about 30,000 mail-in ballots.

"Yesterday and last night were all hands on deck as it is today, but we had an overwhelming amount of envelopes to open and count, so we're seeing a light at the end of the tunnel now," Chermak said.

Normally, elections officials would have to go through a few thousand absentee ballots. But, since all voters now have the choice to mail in a ballot, they're having to count eight times as many.

It's a time-consuming process. The workers estimated it took about an hour to count 1,000 votes.

"You have to open them slow and make sure nothing tears and fold them out. I don't think anybody anticipated the time that that was going to take," said Lackawanna County Recorder of Deeds Evie McNulty.

Each ballot was opened up, stacked with others from the same voting ward, and then scanned and counted.

The slower process meant some races did not have clear winners on election night.

"As soon as we finish the scanning, we'll start obviously reading the numbers in our software and posting them to our web site," said the Director of the Lackawanna County Department of Elections Marion Medalis.

Even as their work finished Wednesday evening, election officials still had to certify the results. That won't be done until Friday.

Lackawanna County officials said they did not expect this many mail-in ballots for the primary election. They are expecting an even bigger response for the presidential election in November.

"If this is any indication, we're going to be to be extremely overwhelmed in November," Commissioner Chermak added.