SHAMOKIN DAM, Pa. — In an upstairs apartment in Shamokin Dam Colleen Peterson spent much of the weekend with no running water and no electricity. “I... 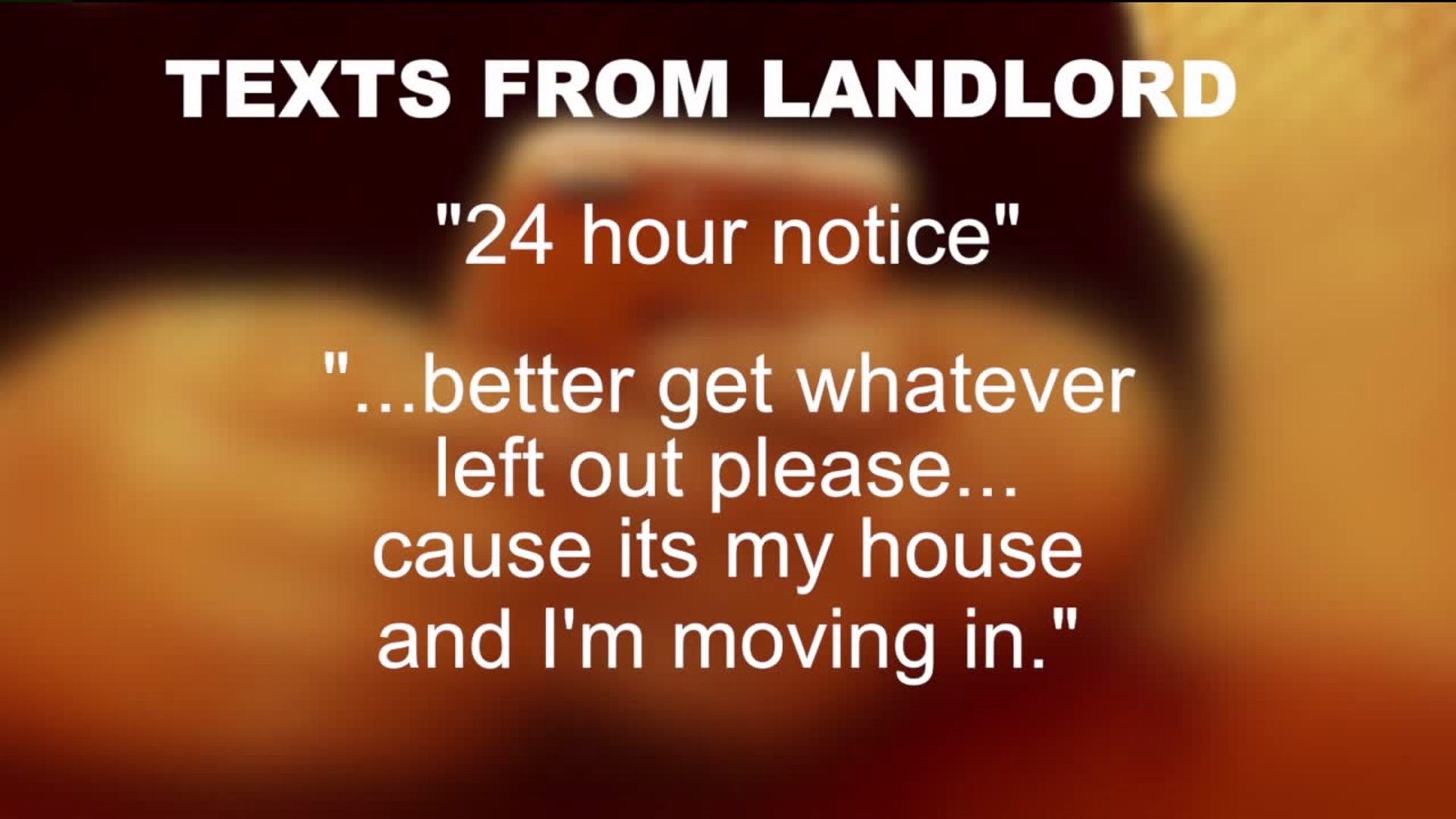 SHAMOKIN DAM, Pa. -- In an upstairs apartment in Shamokin Dam Colleen Peterson spent much of the weekend with no running water and no electricity.

"It was terrible. It was freezing into Saturday and Sunday," said Colleen Petersen, Shamokin Dam.

Petersen and her boyfriend blame their landlord who is trying to evict them in a dispute over rent.

The law says a property owner must go to the magistrate`s court to begin the eviction process.

Petersen showed us texts from her landlord giving a '24-hour notice' of eviction and that she "better get whatever left, out please cause it`s my house and I`m moving in."

"This is not right, you`re trying to push me out of here," said Petersen.

"The majority of the self-help evictions, the landlords know better. But they also know it will take over 30 days to actually, legally evict someone, so they`re going to try to do it the easy way," said John Bogdanovicz, North Penn Legal Services.

"Most of these landlords know they cannot either shut electric off, lock doors, change locks," said Bogdanovicz.

Colleen Peterson's landlord declined our request for an on-camera interview.

Texts to Colleen Peterson show that on the December 8 utilities will be off and they were.

To turn the water back on, Colleen Peterson says she would have to break into the basement to get to the shut off pipes and for that, she says she could be arrested for trespassing.

Colleen Petersen and her boyfriend filed paperwork to fight the eviction.

If they were tossed out by their landlord with little warning she says they'd have no time to find another place to live.

"This is the fear that I`m living in. And I don`t think anybody deserves to live like this," said Peterson.