MARION HEIGHTS, Pa. — On an 86 degree afternoon in the Northumberland County community of Marion Heights the only sound is the hum of an air conditioner. ... 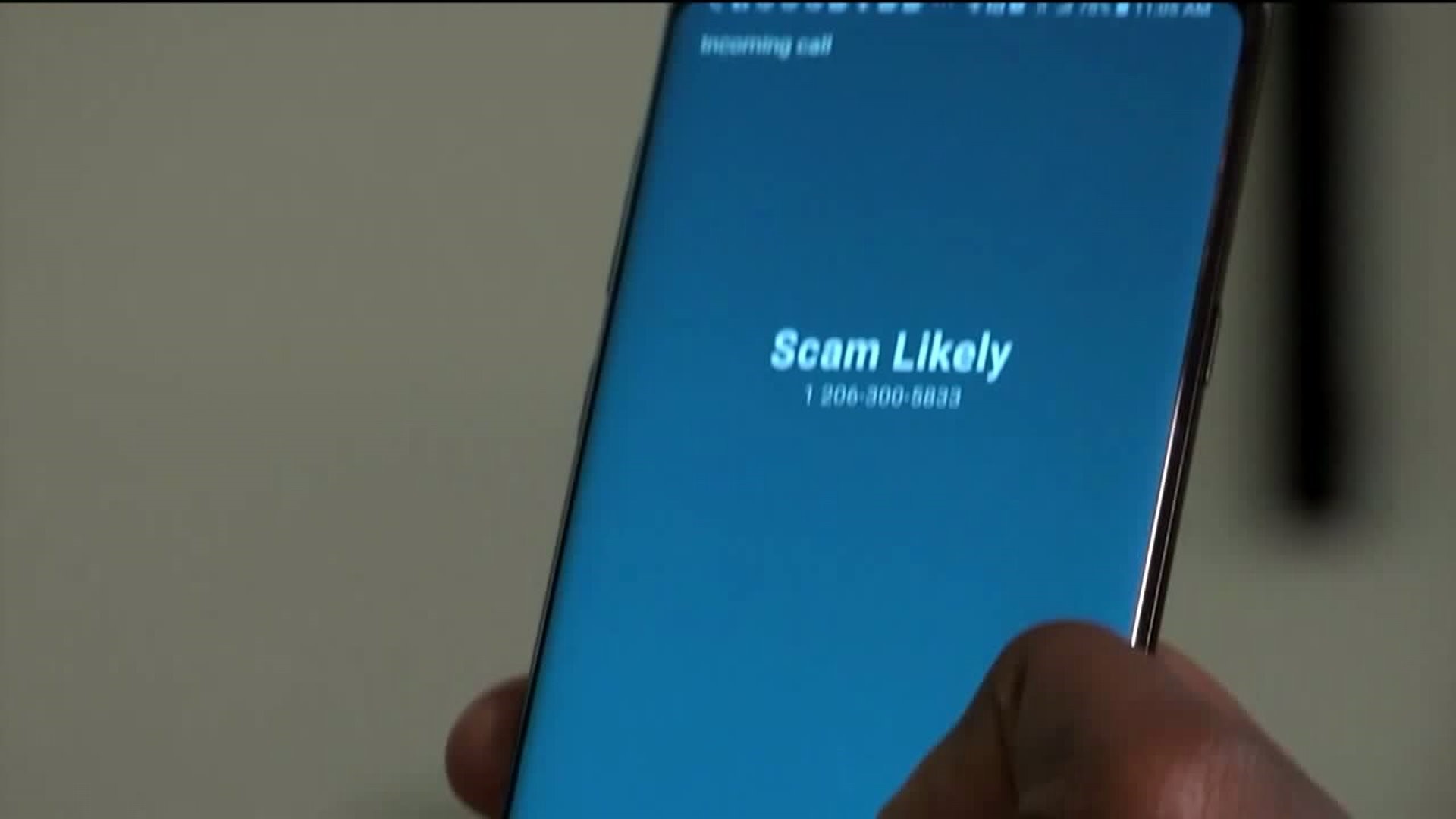 MARION HEIGHTS, Pa. -- On an 86 degree afternoon in the Northumberland County community of Marion Heights the only sound is the hum of an air conditioner.

Her father down the block got a call just after midnight her phone rang at 2:06 a.m.

"Like beeping. And a lot of static, but nothing, when you said, `Hello,` there was no response.'," said Lynn Sarisky, Marion Heights.

Lynn Sarisky feared something happened to her dad who is 75 and is partially paralyzed.

She also feared for one of her two daughters who are in their 20`s and are now living on their own.

"The worst is not knowing who it is," said Sarisky.

"Is it a family member? Could they be hurt? And you wake up in a panic, and answer the phone," said Sarisky.

Viewers from just about every county tell Newswatch 16 of overnight calls with caller ID`s of unknown or unusual numbers with the last four digits of '0000.'

People in Marion Heights tell us that spam calls this week have been as common as American flags here a week after July Fourth.

The calls came in on cellphones and landlines on carriers like Verizon, AT&T, and Consumer Cellular.

And according to the US Census Bureau, just 610 people live here.

"I saw a lot of my friends and even my other relatives that live in other areas, they got those same phone calls," said Sarisky.

A Verizon official issued this statement: "Verizon plans to do what it takes to protect our customers from these annoying calls. Verizon`s Wireless customers can automatically block robocalls for free using our `Call Filter` service that sends the blocked calls directly to voicemail."

But these measures cannot stop these annoying calls at any hour and Lynn Sarisky worries the spammers will call her father again.

"And to have them at night, its really a sad world," said Sarisky.