LUZERNE COUNTY, Pa. — Running into burning buildings may not be the most dangerous part of a firefighter’s job. Studies show cancer rates among paid... 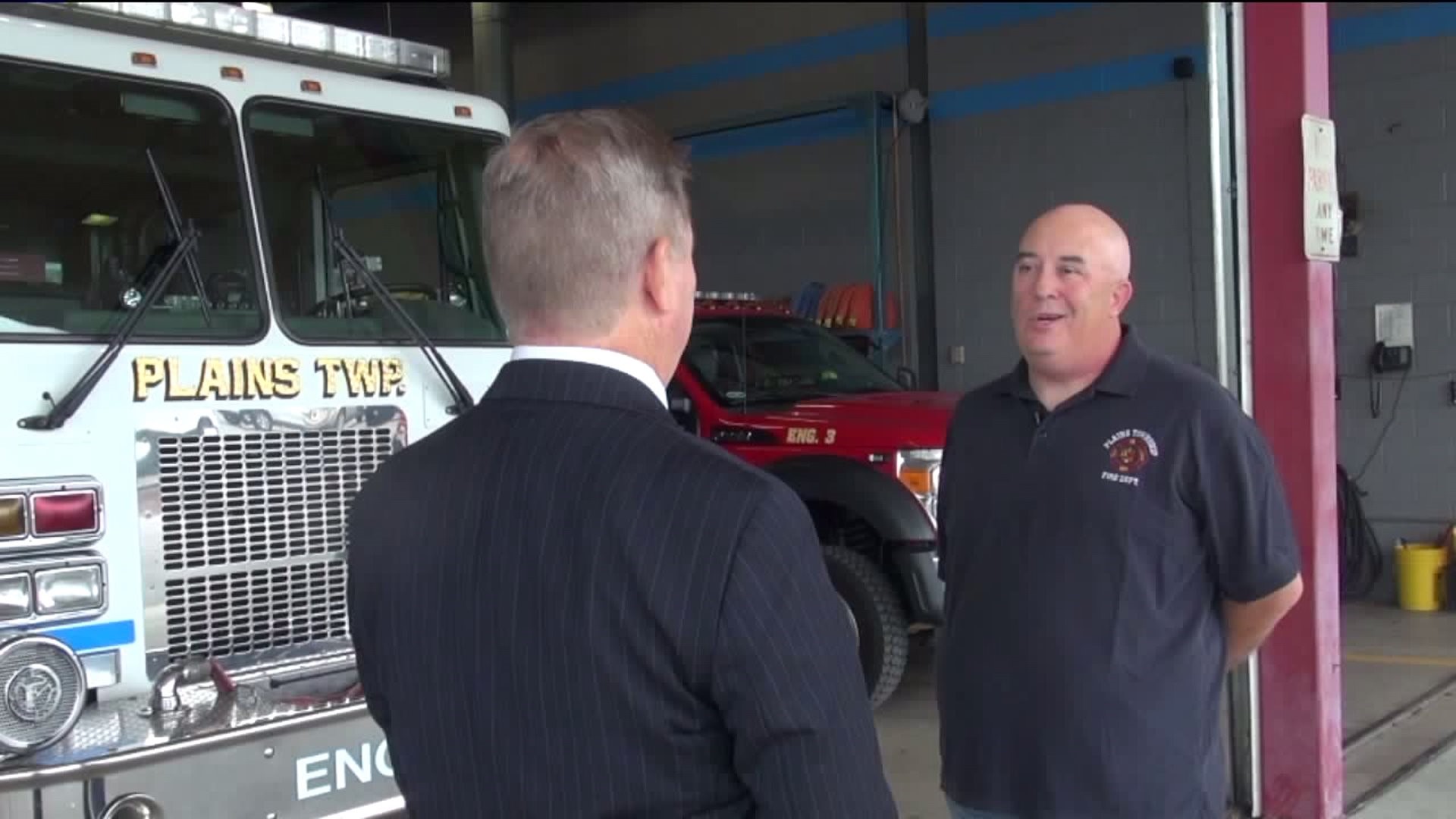 LUZERNE COUNTY, Pa. -- Running into burning buildings may not be the most dangerous part of a firefighter's job.

Local fire chiefs say the biggest dangers have shifted from the fires men and women fight to the smoke those fires produce and local departments are losing some of their firefighters.

Madison Tratthen just celebrated her 18th birthday, her first without her father.

"It was really hard to let him go," Madison Tratthen said. "I always feel him around. I can tell he's watching over me. "

"He was always working. Firehouse, everything firehouse," Lisa Tratthen added.

Tom Tratthen was that firefighter, brave enough to run towards danger, smart enough to be one of the area's most sought-after instructors.

Two years ago, Tratthen left the Dunmore Fire Department with his family for a Caribbean vacation. He returned with what seemed like a cold that became progressively worse. Tratthen then saw a doctor.

The diagnosis put Tratthen among the growing ranks of firefighters with cancer. According to the International Association of Firefighters, men and women in this profession have a 60 percent chance of dying of cancer, about three times the national average.

Hazleton firefighter Keith Mhley is head of Foundation 58, which helps firefighters with cancer. His uncle Gabe was 58, Hazleton's deputy fire chief until his death in 2003 at age 47 of cancer.

"Many departments still don't recognize it. That it's a severe health risk," Keith Mhley said. "Obviously, I don't want to downplay the dangers of running into a burning building."

Mhley says burning buildings unleash a toxic fog of chemicals. In the last 30 years, some homebuilding and furniture materials have been replaced by synthetic chemicals.

Some fear air packs haven't always filtered out toxins, and crews often took off their masks after the fire was out and inhaled residual smoke while getting soot on their skin that could seep into their bloodstream.

"Many years ago, that black soot was your badge of honor, that you went and worked hard, but today we don't want to see that," Mhley said.

With the help of Foundation 58, the Hazleton Fire Department installed fans to blow diesel fumes out of the station. Industrial-strength washing machines scrub toxic soot out of firefighting gear, and all firefighters now wipe the soot off their skin, reducing their risk of cancer.

John Alfano is a firefighter in Plains Township who was jolted by a live powerline when he fought this fire last year. He was rushed to the hospital in critical condition with a neck injury. Doctors looking for broken bones found a cancerous tumor.

"The first thing you think of when you the word cancer is, 'wow, what's next,'" Alfano said. "It was a shocker, knowing what I went through and almost died."

Alfano's cancer is in remission. The neck injury ended his firefighting career. He believes the incident that almost killed him saved his life.

"If it wasn't for the accident at the fire," he added, "I would have not known that I had the cancer, and it was already in my lymph nodes and spreading."

Alfano is sure his thyroid cancer resulted from fighting fires in Luzerne County for 26 years.

Joe Chowanek fought fires in Lackawanna County for 40 years when he was forced to the sidelines after he was diagnosed with lymphoma.

"How many times do you go into a building, it never bothered you, you just went in. And then they tell you, you have this? It's like what do you do?" Chowanek said.

Medical studies in American and Canadian cities show links between firefighting and cancer.

The Journal of Occupational and Environmental Medicine finds firefighters are developing testicular, bone marrow, skin, brain, prostate, and colon cancer, and lymphoma at a higher rate than the general population.

Doctors diagnosed Tom Tratthen with colon cancer in June. By December, he had to quit his job at the Dunmore Fire Department.

"He had a hard time just walking from the bedroom to the couch. That was tough," Lisa Tratthen recalled.

Tom Tratthen died in late January. His daughter and widow have memories and a message for Tratthen's fellow firefighters.

"You need to get checked and do everything you can to prevent it from being diagnosed at Stage Four already, where there's really not much they can do to help you," Madison Tratthen advised.

Firefighting experts say those on the lines are now better protected with better equipment and the knowledge to reduce their exposure to toxic smoke and soot.

That is of little comfort to the firefighters who are expected to be diagnosed with cancer because of the fumes they inhaled and the soot on their skin from the fires they fought more than a decade ago.