LOWER AUGUSTA TOWNSHIP, Pa. — The mother of a child with special needs says she’s caught in a health insurance gap. Her family in Northumberland Cou... 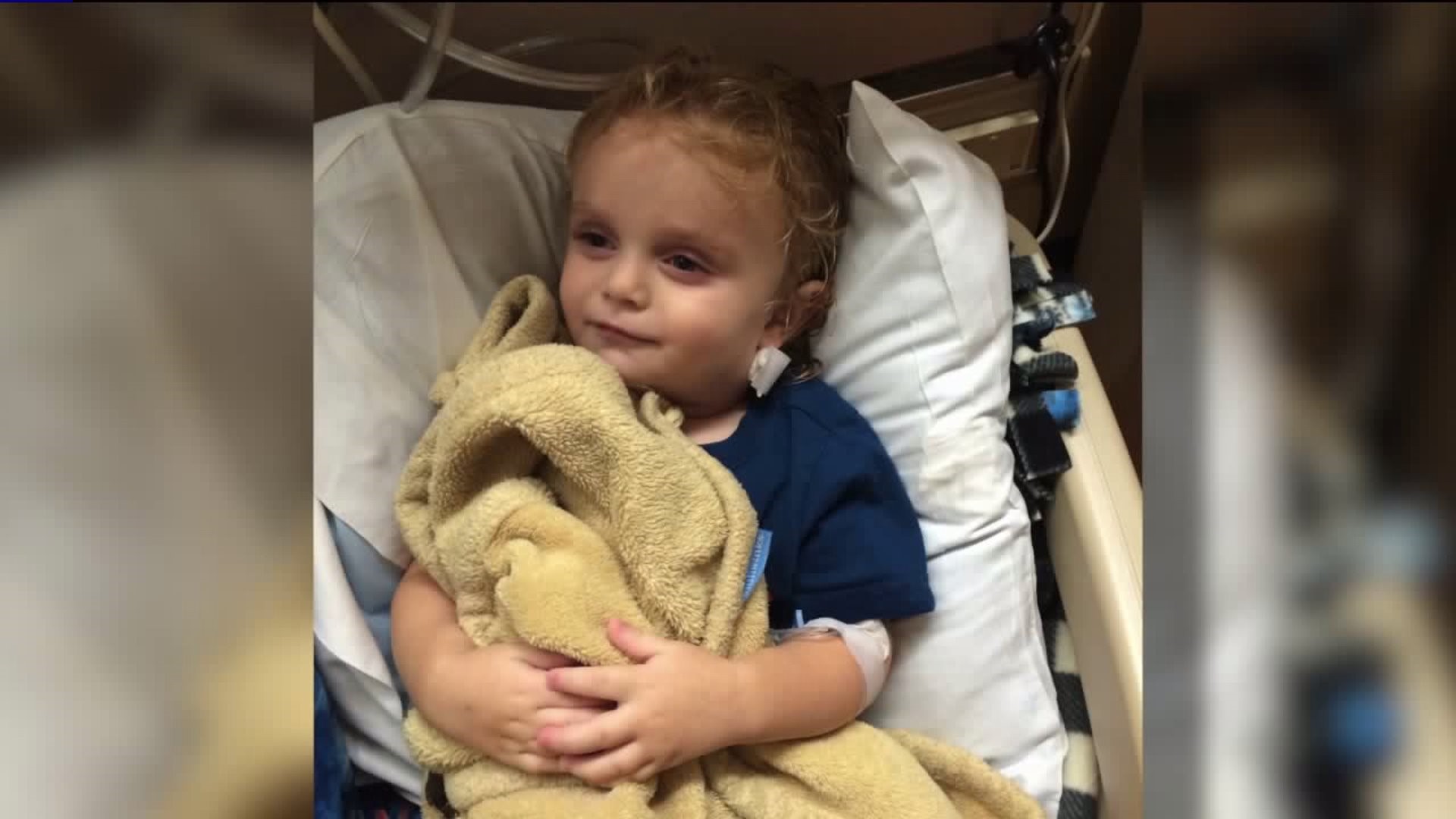 LOWER AUGUSTA TOWNSHIP, Pa. -- The mother of a child with special needs says she's caught in a health insurance gap. Her family in Northumberland County makes too much money to qualify for subsidies, but not enough to pay for an insurance plan that would cover high medical bills.

Pennsylvania does not keep figures on how many of its 125,000 uninsured children come from families that make too much to get state aid.

One area woman says her family's modest income has her trapped in that health insurance gap.

"He hasn't had it easy from the very beginning," said Tanner's mother Jessica Renard.

Neither has the family from the Sunbury area. Tanner's parents earn about $80,000 a year.

Jessica Renard has private insurance through her job. It covers her, her husband, and their daughter. Jessica says that if they added Tanner to the plan, the family would have to pay up to $10,000 a year for hospital stays, doctor visits, and expensive, lifesaving prescription drugs.

"Medical assistance, each time we that we apply for it, we get on, they get us kicked back off due to income guidelines," Jessica explained.

The Renards are not alone. According to the Pennsylvania Department of Human Services, between June and November of last year, 2,500 children were determined ineligible for medical assistance.

Here's what Jessica says happens next.

The department makes Jessica fill out paperwork to transfer Tanner's coverage to CHIP, the low-cost Children's Health Insurance Program run by the state.

CHIP makes claims that Tanner's costly condition should land him back on medical assistance and makes Jessica reapply, burying this working mom in paperwork.

"You're sitting there, filling out forms that you filled out before, 10 times, 12 times before."

It's harder for families in Pennsylvania to get medical assistance than in neighboring states.

Jessica wants the income threshold raised when a child has an expensive medical condition.

"You shouldn't have to prioritize yourself between whether you're going to eat this week, or your son's going to go to his doctor's appointment."

Lynda Culver is a state representative for Northumberland and Snyder Counties. Her office convinced the state to allow the Renards to keep Tanner on the medical assistance program for a full year.