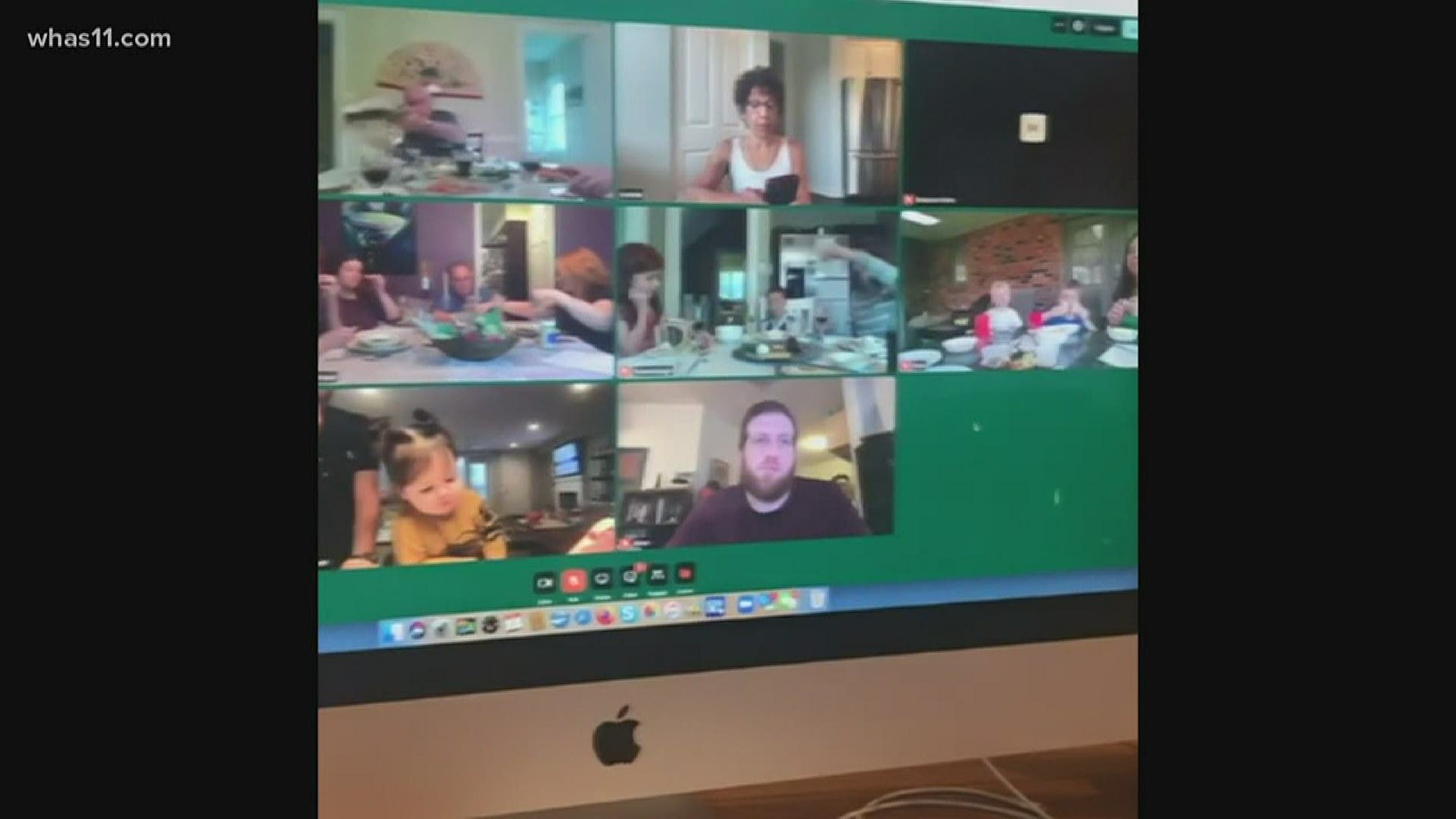 With Easter and Passover festivities underway, families are trying to figure out how to connect as COVID-19 is forcing physical separation.

“It certainly wasn’t the same as being in person but it was nice to all of us get together even if it was electronically," said Becky Swansburg, a mother of two, about how she's been connecting with family around the world online.

She said 30 family members came together on Zoom to celebrate the start of Passover, from as far as Israel.

“That’s been pretty meaningful," she said.

She said their synagogue has been posting study materials that have also been helpful.

Since mid-March, when Governor Beshear began prohibiting large gatherings, Noel says his church has relied on Facebook, YouTube, and Zoom to stay connected.

“So these are the tools we have and we’ve got to use them to the best of their abilities," he said.

A growing portion of donations to his church are now digital, he said, and close to the level they were before COVID-19. The reason could come partly from new research by the American Enterprise Institute, showing COVID-19 has made prayer a priority. According to the think tank, half of Americans are praying about the coronavirus outbreak.

“And it’s even higher for parents with children at home which perhaps for those of us with small kids, it’s not surprising," said Dan Cox, researcher at the American Enterprise Institute.

Brian Reynolds is chancellor of the Archdiocese of Louisville, which oversees 110 churches in Central Kentucky. He said while donations are down mainly among churches that didn’t have a strong digital presence to begin with, they’re getting by.

“Nobody’s shut down, and we’ve asked not to lay off anybody during this time," said Reynolds.