Firetruck Taken from Olyphant to Dunmore for Child’s Birthday Party

OLYPHANT, Pa. — Questions abound as Newswatch 16 investigates how a volunteer firetruck wound up as the main attraction at a children’s birthday par... 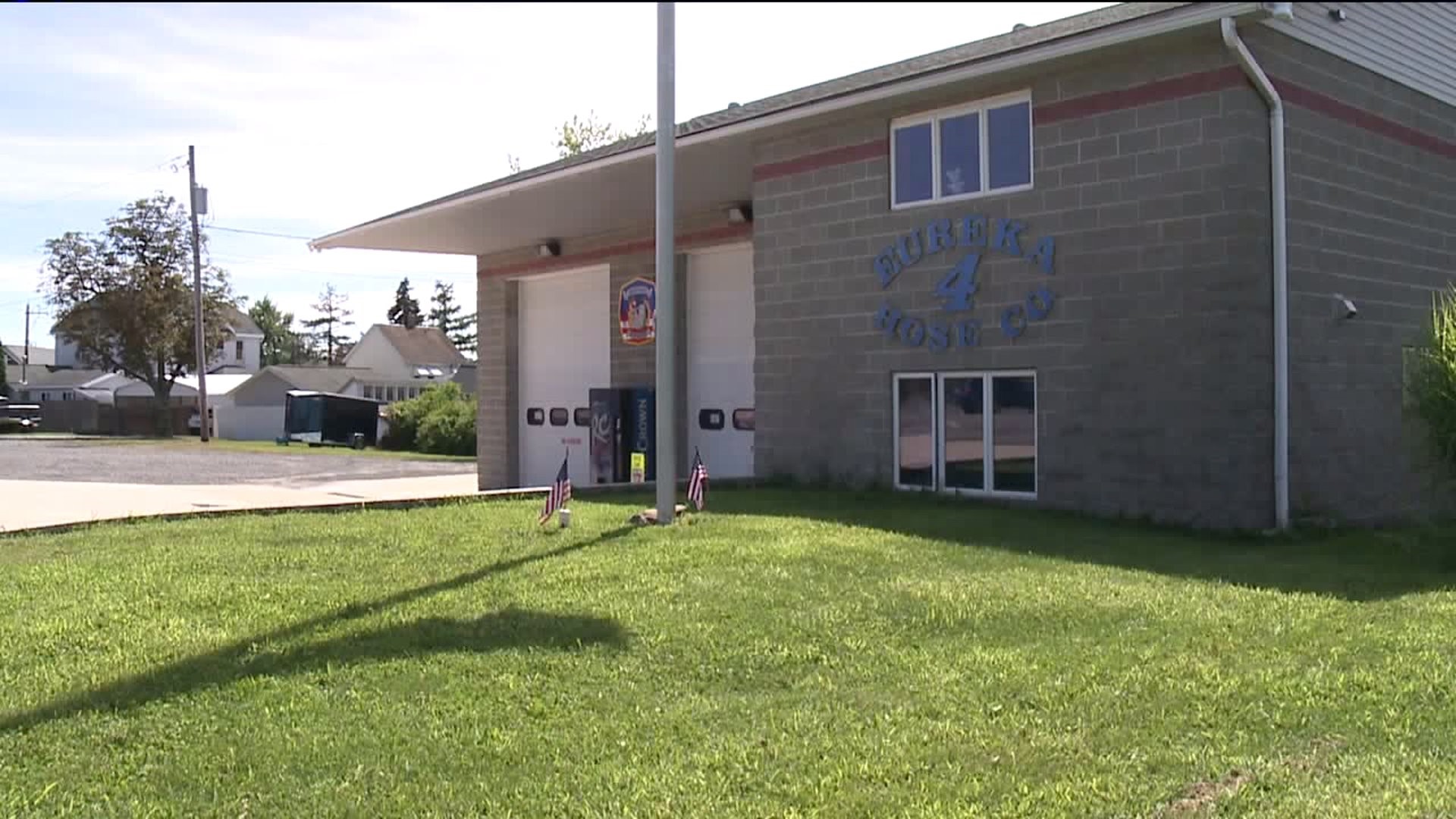 OLYPHANT, Pa. -- Questions abound as Newswatch 16 investigates how a volunteer firetruck wound up as the main attraction at a children's birthday party.

Fire engines are made to bring firefighters, water, tools, and hoses to fires or other disasters. Occasionally, you'll see them at parades and charity events.

But some people in Lackawanna County wonder why an assistant chief brought an engine out of town to the birthday party of a child whose mom is running for office.

This past Sunday,  Debi Domenick, a candidate for Lackawanna County commissioner, held a birthday party for her son in a public park in Dunmore. The child got to sit in a firetruck, not from the Dunmore Fire Department, but in a truck brought to Dunmore from Olyphant, six miles away.

Debi Domenick posted pictures taken of her young son sitting in the firetruck at Sherwood Park in Dunmore on Sunday.

Doughton is the assistant chief for Eureka Hose Company #4 in Olyphant. He was also paid to work on Domenick's Democratic primary campaign for Lackawanna County commissioner.

"I hate to throw any of my brothers under the bus, but now it's starting to become quite the fiasco," said Jerry Tully.

Tully is an Olyphant borough councilman and a longtime volunteer firefighter for Excelsior Hose Company #1 in Olyphant.

"I don't know of a firetruck ever going to anybody's birthday party," Tully said.

People we spoke with don't feel that taking a firetruck to Dunmore for a birthday party for a political candidate's son is where their tax dollars and donations should go.

"It's probably something that shouldn't have been done and maybe they should have thought about it a little bit more before they did it," said Olyphant resident Robert Norton.

A firefighter from Eureka Hose Company #4 who asked not to be named tells Newswatch 16 that Doughton is politicizing the volunteer group. He points to a picture that shows firefighting gear inside the building next to Doughton's nameplate is a placard supporting Domenick's candidacy.

We tried several times to reach the chief of Eureka Hose Company #4 Fred Hartman to ask who gave Doughton permission to take the truck to a birthday bash in Dunmore. Hartman didn't answer his door or return our calls.

We've also tried to reach Debi Domenick and Brian Doughton by phone and through social media and have not heard back.

Olyphant Mayor John Sedlak is a member of Eureka Hose Company #4 and says he's stunned the engine was driven to a birthday party in another community.

"I guess (it's not fair). I believe it never happened before, I believe," said Sedlak.

Newswatch 16 has not been able to find out if the engine that went to the birthday party in Dunmore was formally taken out of service.

Officials in Olyphant say the borough still had plenty of manpower with four other volunteer fire companies.

Olyphant Mayor John Sedlak says Eureka Hose Company #4 will meet in a couple of weeks to make a policy on when it is and is not acceptable to take an engine out of Olyphant.