GEISINGER MEDICAL CENTER — A young mom in Northumberland County remembers a few scary moments when her daughter was born almost two years ago. The little ... 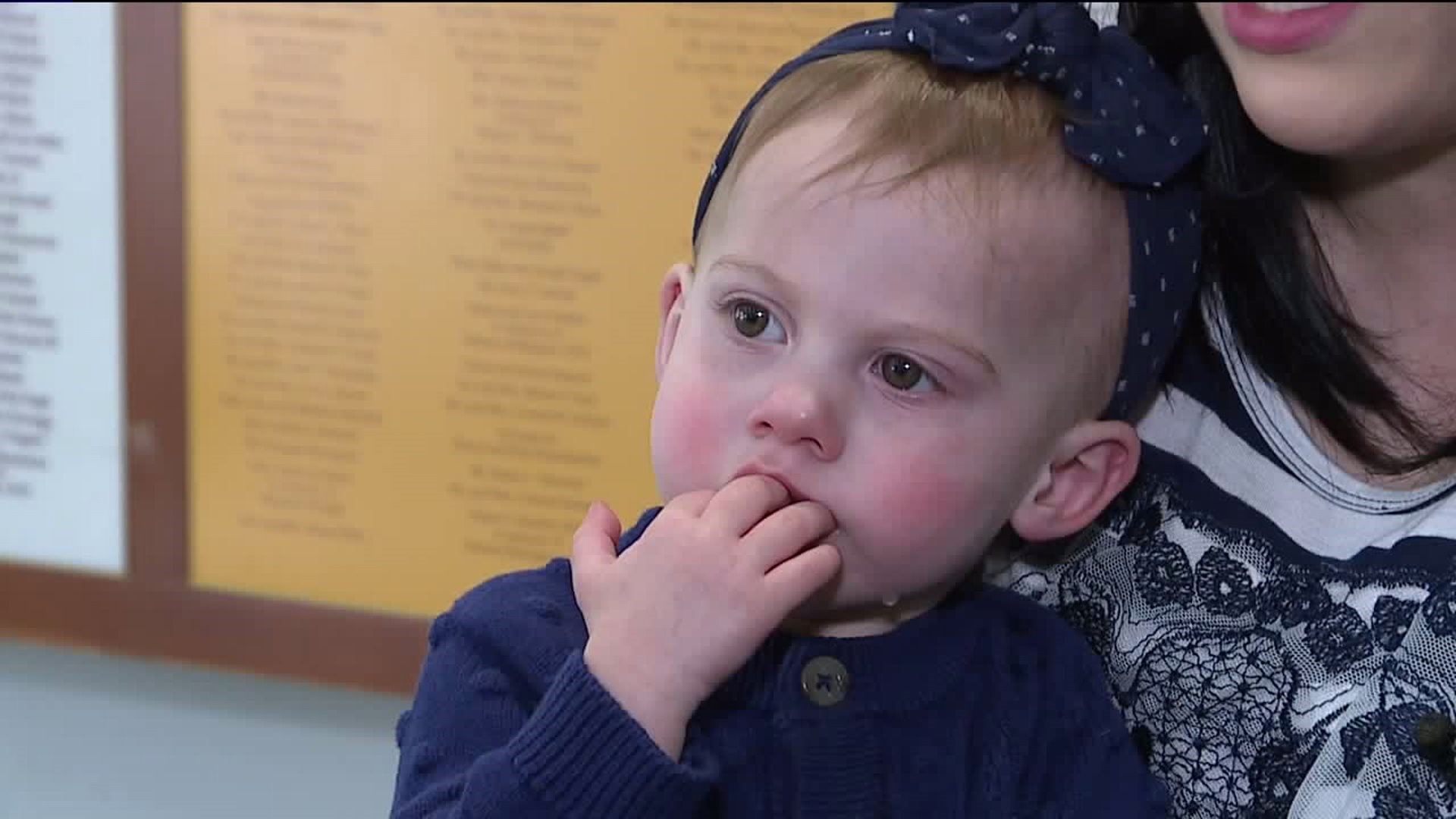 GEISINGER MEDICAL CENTER -- A young mom in Northumberland County remembers a few scary moments when her daughter was born almost two years ago. The little girl had a cleft palate.

We made the mistake of attempting an interview next to the gift shop at Janet Weis Children's Hospital, part of Geisinger Medical Center, near Danville. Little Edith just couldn't resist some window shopping.

Edith's mom, Lindsey Wagner of Sunbury, told us about frightening moments after the 22 month old was born.

"She came out and she wasn't breathing right away, so the midwife had to take her and get her breathing and she said, 'Not to alarm you, but she has a cleft palate,' and I didn't understand how that happened," said Wagner.

Doctors told Lindsey her daughter had a recessed lower jaw.

"She must have either had her hand or the way she was positioned, her lower jaw didn't grow with her upper jaw."

And that prevented her palate from closing. Basically, the roof and the back of her mouth never formed.

Dr. Joseph G. DeSantis is a plastic surgeon at Geisinger Medical Center. He says it's still unclear exactly how cleft palates and cleft lips form. There can be a genetic component. Clefts can occur together or separately, and are often, though not always, diagnosed by ultrasound in utero.

Edith had a hard time nursing or feeding from a bottle because her suction was affected.

Dr. DeSantis says the next hurdle for families is speech.

"We think of our voice box making our sound, but a lot of the sounds we make are from our tongue, lips, and teeth."

Cleft palates, such as in Edith's case, are operated on at 9 to 12 months when meaningful speech begins.

She'll need close monitoring and therapy to help her jaw muscles along, but her mom says Edith is a typical toddler.

"She's doing great! She eats just like any other child does. She's picky," Wagner laughed.

Dr. DeSantis says he's one of about 15 people on a cleft palate team at Geisinger. It's made up of all different specialties, including speech therapists, pediatric dentists, ear-nose-throat doctors, and others all providers kids like Edith might need as they grow.