MAHONING TOWNSHIP, Pa. — Seven years ago, 56-year-old Jay Conrad of Northumberland got some bad news about his heart: he needed a triple bypass surgery. A... 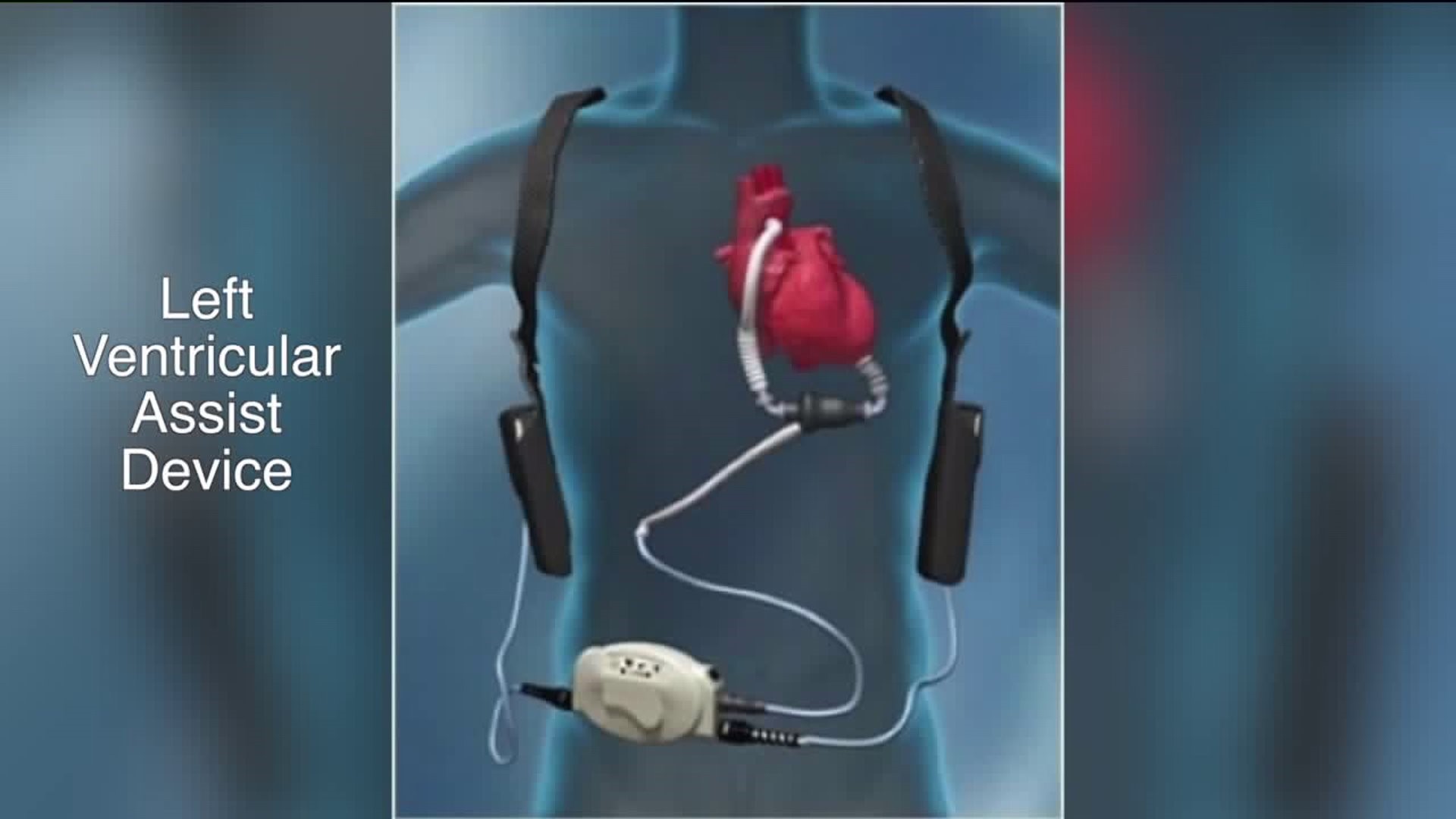 MAHONING TOWNSHIP, Pa. -- Seven years ago, 56-year-old Jay Conrad of Northumberland got some bad news about his heart: he needed a triple bypass surgery. About two years after that, his condition worsened again.

"After I had that done, it progressed. I got short of breath, tired all the time, and back in November I came, and my lungs were filled with fluid," Conrad said. "I was told my heart was pretty bad, pretty weak."

"Essentially the heart function was so weak that it was not enough to sustain his life, and he needed some aggressive measures," Dr. Tahir said.

They decided that should be the LVAD, or left ventricular assist device. It's an implant that takes over the function of a failing left ventricle.

Janine Gerringer is a nurse practitioner and coordinator of the LVAD program at Geisinger Medical Center.

"The left ventricle is the pump house or the workhorse of the heart that pumps blood out to go everywhere we need it to go," Gerringer explained.

Gerringer showed us how the little pump works.

"This part gets tunneled under the skin of the abdomen, and it comes out the right side of the patient's belly."

The other side connects to a power source the patient wears 24/7.

It's a big commitment, and not without risks. Gerringer educates her patients about avoiding infection.

"It is (a constant risk) throughout the entire duration they have the device," Gerringer added.

But Dr. Deepak Singh, surgical director of the Heart Failure Program for the Northeast, notes the LVAD is for those with advanced heart failure after exhausting all the other possibilities.

"Many of these patients are not candidates for transplant. Transplant is the ultimate treatment for heart failure where you take out one heart, put in another one. But as we know, those hearts are precious, and we don't have enough to go around," Dr. Singh said.

"If you saw him beforehand, he was pale. He looked like he was about to die. Now, you probably would not recognize him," Dr. Singh said about Conrad.

Conrad tells us he recently bought a bike, and he's back to doing his favorite thing: fishing.

"I've been doing more since I've had this than I have been able to do in the last five years," Conrad said.

Conrad is still a candidate for heart transplant, if a heart should become available, but doctors say the LVAD should last for years. It'll be his choice, should the time come.