GEISINGER MEDICAL CENTER — There’s a good chance you know a couple who are dealing with, or has dealt with, infertility. A woman from Montour county... 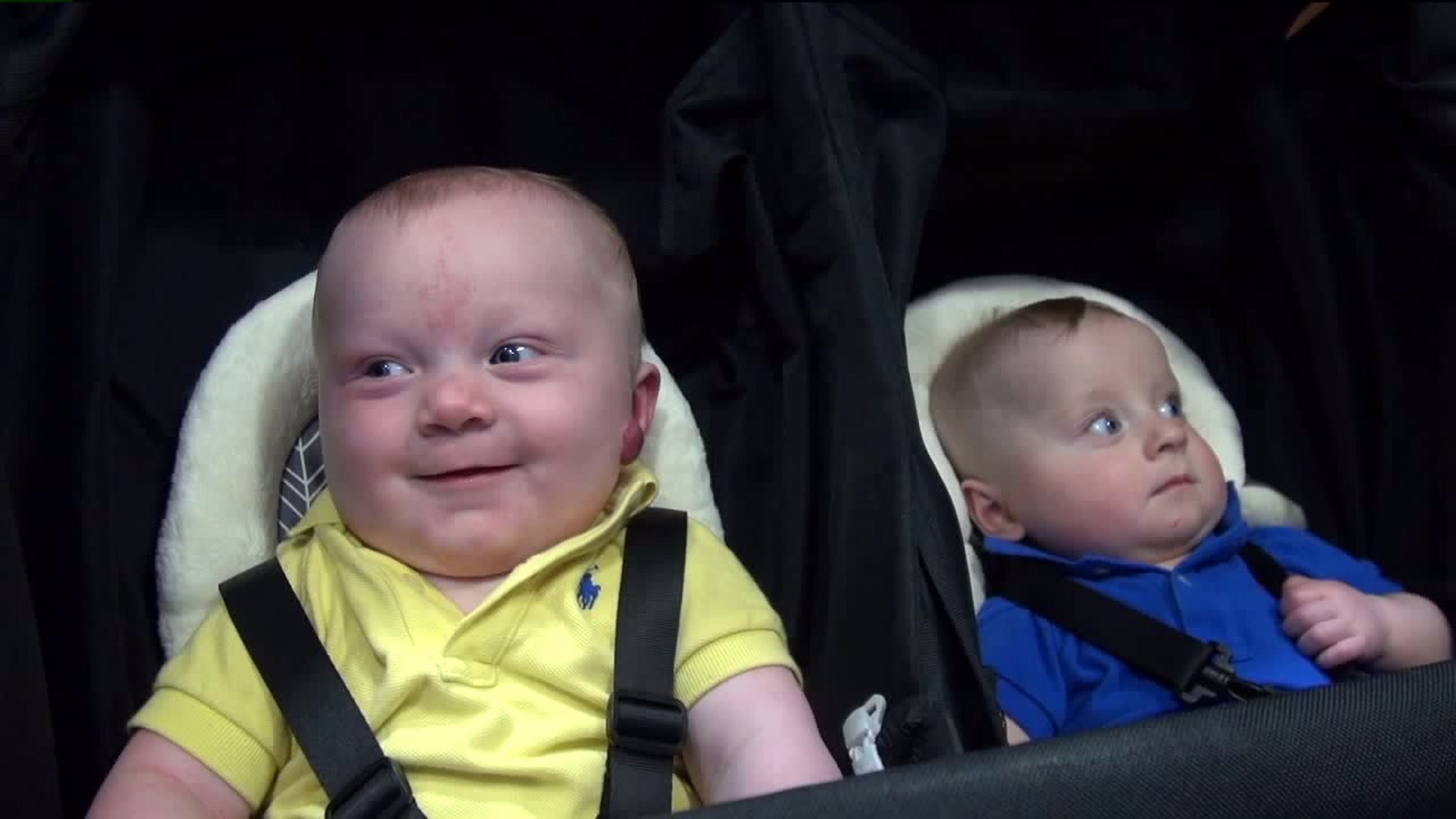 GEISINGER MEDICAL CENTER -- There's a good chance you know a couple who are dealing with, or has dealt with, infertility.

A woman from Montour county says she wanted to share her struggle with it, so someone out there knows they're not alone.

Twin boys Raymond and Carter, mom Janel, dad Brett, and big sister Aleah met us to talk about something Janel believes too many women aren't talking about: infertility.

Janel says she and Brett married in 2015 and started trying for a baby right away. After a year of not conceiving, Janel got worried and talked to her family doctor about it.

"Because of having Aleah, I thought we weren't really going to have a problem or anything," Janel said.  "'OK, I'm having a symptom! This could be it, I could be pregnant, I'm going to go buy a test and take it right away.' And for it to be negative, it's just a stab in the heart every single time."

They were referred to Dr. Willie Zoma.

"Infertility is a common problem. 10, 15 percent of American couples suffer from the disease," Dr. Zoma said.

Dr. Zoma, a fertility specialist at Geisinger Medical Center says each couple is presented a variety of procedures to try. It's all very individual, and, he says, often successful.

"Two or three years later, the parents want more children and the babies come and give me a high five. That gives me satisfaction," Dr. Zoma said.

Janel and Brett weren't so lucky, at first. They opted for a form of in vitro fertilization, in which an embryo is created in a lab, then injected.

"We had one really good egg, we had one OK embryo, and one that was fair. We put our best one in right before Christmas, and that didn't work."

More heartache, and more discouragement until they tried one more time with the two eggs they had left. This time, this was the result: the babies are now 7 months old.

Janel knows every couple's story is different but wanted to let other couples know they are not dealing with infertility alone.

"I didn't have a lot of resources or close friends that went through this to talk to. By maybe sharing this story, somebody could benefit from it."

Experts say Janel did the right thing. The first step in figuring out how to figure out the complicated issue of fertility is by talking to your family doctor, who will point you in the right direction.