The program helps seniors live independently and it's expanding. 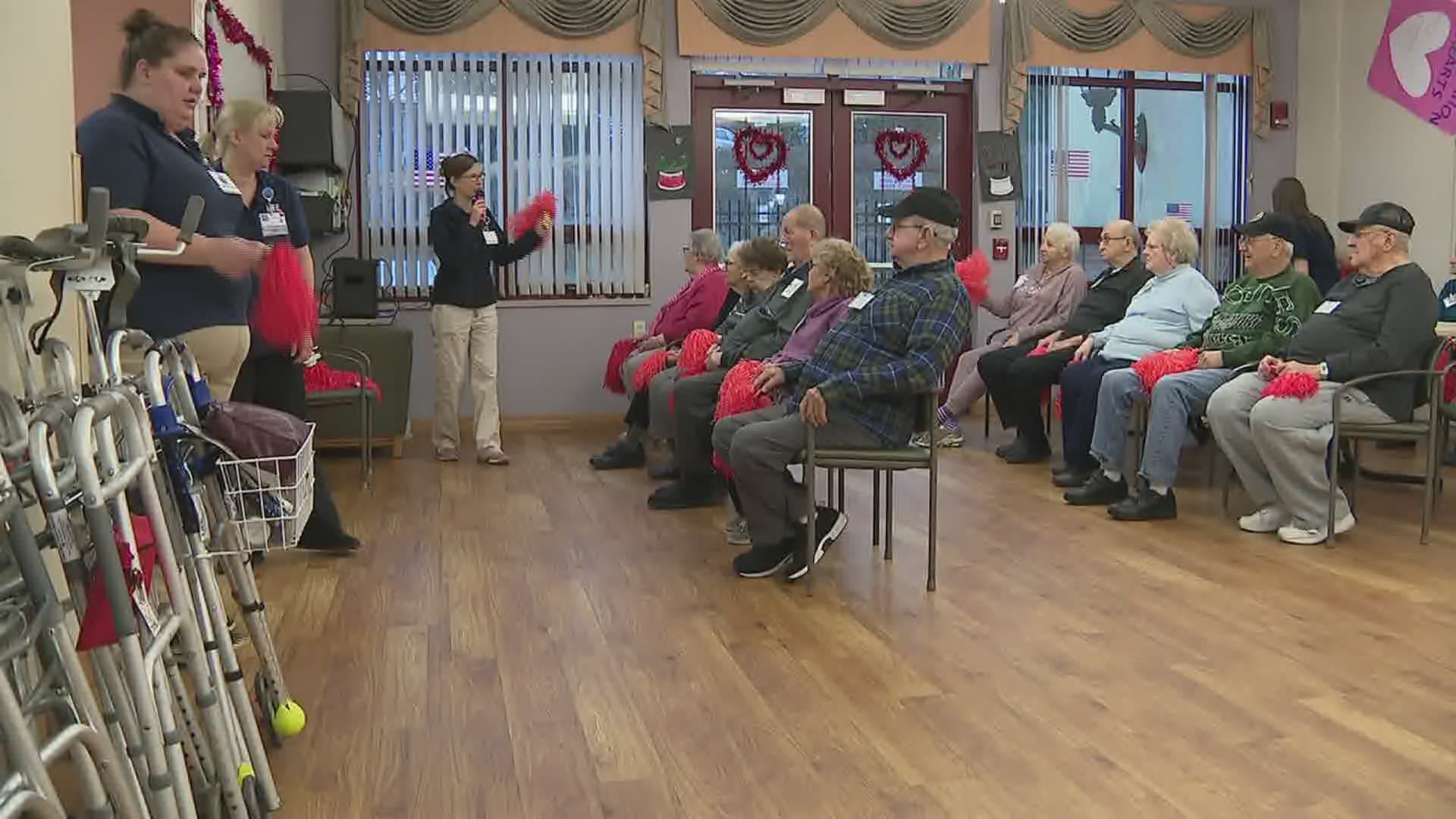 SCRANTON, Pa. — Helping seniors live independently -- that's the goal of a program offered by Geisinger called LIFE Geisinger. It's not new, but it's expanding as the need grows.

We stopped by to speak with one couple about their experience there and walked into a Valentine's Day party about to happen. It was exercise time, actually, but don't tell the people at LIFE Geisinger in Scranton.

It's Margaret and Paul Godlewski's favorite part. She's 73, he's 75, and the couple from Hughestown have been married for a long time. It's just about their anniversary.

You can probably tell the Godlewskis are hilarious and the only married couple at LIFE Geisinger in Scranton. LIFE stands for living indolence for the elderly. It's a nursing home without the beds, says medical director Dr. Richard Martin.

"When I first got involved in LIFE Geisinger, I thought of it as a medical program, but it's really a social program. It gets people out for the day, so they're not at home sitting," Dr. Martin said.

This sort of all-inclusive daycare for adults is nothing new nationally, according to dr. Martin. But LIFE Geisinger started about 12 years ago. There are four locations now, one each in Scranton, Wilkes-Barre, Kulpmont, and Lewistown. A fifth location will be opening in Minersville in the next few months.

Dr. Martin says the program is for the older population who want to remain at home but struggle with daily tasks.

Margaret broke her hip and shoulder in fall recently, and Paul, who is diabetic, has had a few toes amputated. They used to go out dancing all the time.

"We hate to see the weekend come because all we do is sit and watch TV. We don't go out. I gave my car away."

Now they look forward to coming to LIFE Geisinger.

"We love every day of it. They treat you like angels, and I'm not lying."

Someone must be referred into the program by a medical practitioner or community resource. Once there's a referral, LIFE Geisinger can reach out to you to talk about insurance and pricing options. As always, ask your own doctor and your family if you think it might be right for you.

RELATED: LIFE Geisinger helps get trucker back on the road