LEWISBURG, Pa. — E-cigarettes and vaping have made a lot of headlines lately. They are also the topic of a research study, a portion of which was recently... 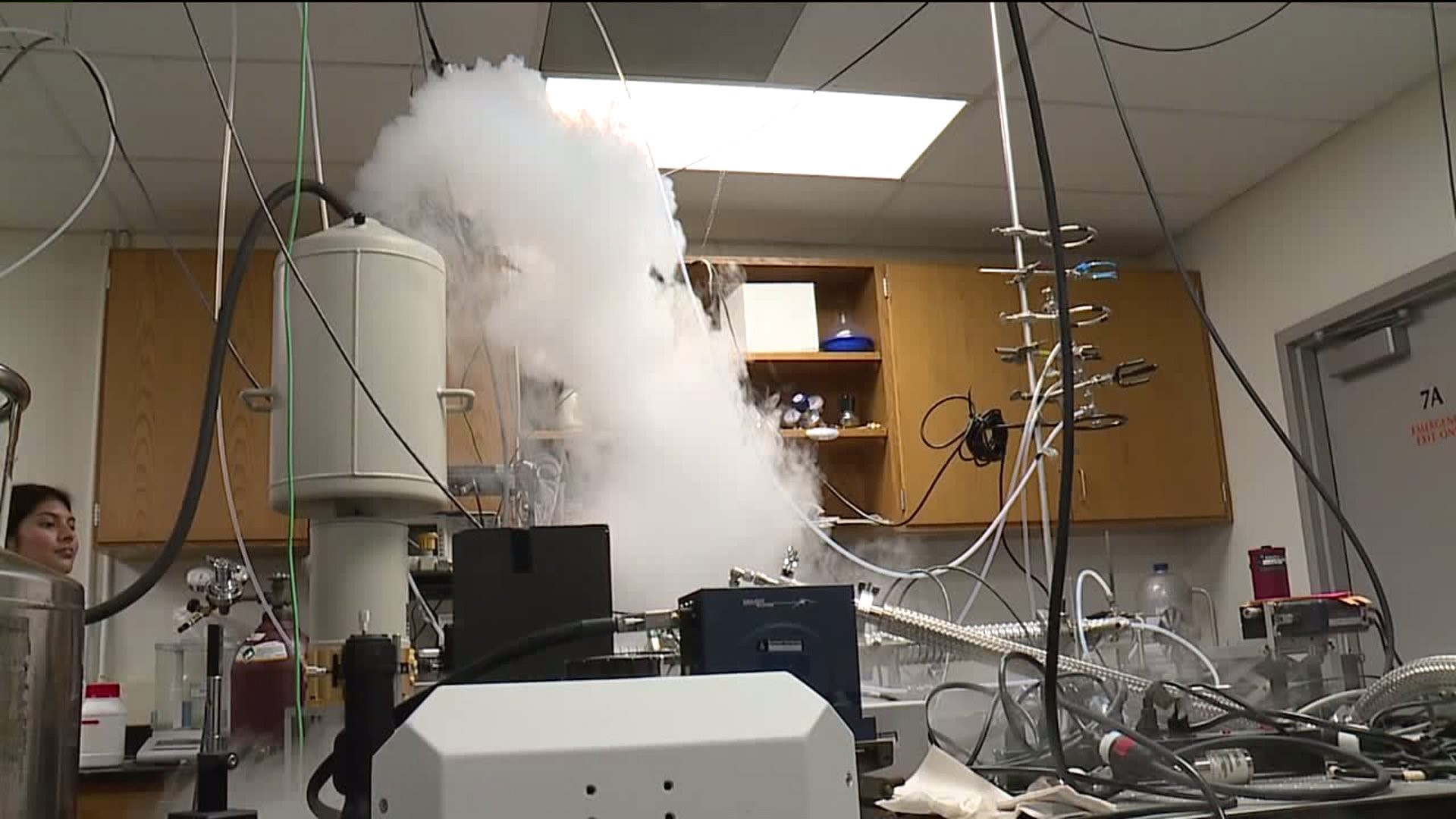 LEWISBURG, Pa. -- E-cigarettes and vaping have made a lot of headlines lately. They are also the topic of a research study, a portion of which was recently completed at Bucknell University in Union County.

Several students are having their work published in a medical journal.

Newswatch 16 got a look at what's known as the laser lab on the campus of Bucknell University near Lewisburg. This is where students did a study on vaping that's been approved for publication in the British medical journal Tobacco Control.

Dabrina Dutcher Ph.D. is an assistant professor of chemistry and chemical engineering. One day, she recalls, a colleague mentioned that she had a system that could measure carbon monoxide in very low concentrations.

"She needed something to apply her system to, and I said, 'Wait, I have these e-cigs, and I bet they make some carbon monoxide.' So we said let's do this project together! We just had to wait for the right student to come along," Dutcher said.

That student started the research which, nine months later, allowed Bucknell senior Ana Islas and several other students to come up with their findings.

"A lot of my friends back here are like, 'You're getting published? Aren't you an undergrad?' So it's pretty interesting that we were approved for publication," said Islas.

Dutcher explains carbon monoxide, or CO, is a colorless, odorless gas that can be toxic. She suspected they'd find at least a small CO reading.

"We found that it does make not just a little bit of carbon monoxide, but a lot of carbon monoxide and that it's a function of the e-juice, or the e-liquid you're using," said Dutcher. "One of the things I loved about the outcome of our study is it showed if we just limit the power you're able to deliver to these devices, you can keep the CO levels a lot lower."

Islas, who will soon graduate, says the next students to pick up where she and her team left off will focus on the flavor component, figuring out if certain flavors produce more CO than others.

"We weren't specifically looking at flavors, we were just looking at, is there carbon monoxide and how much."

Dutcher is not suggesting that the vaping illnesses we've been hearing about are the result of carbon monoxide. Health experts are looking into pinpointing that. She says only that the findings are a good jumping-off point for even more research to be done about the health effects of the products.