Pancreatic cancer doesn't stop, and neither does Purple Stride, a fundraiser for the Pancreatic Cancer Action Network. And it's not too late for you to get involved. 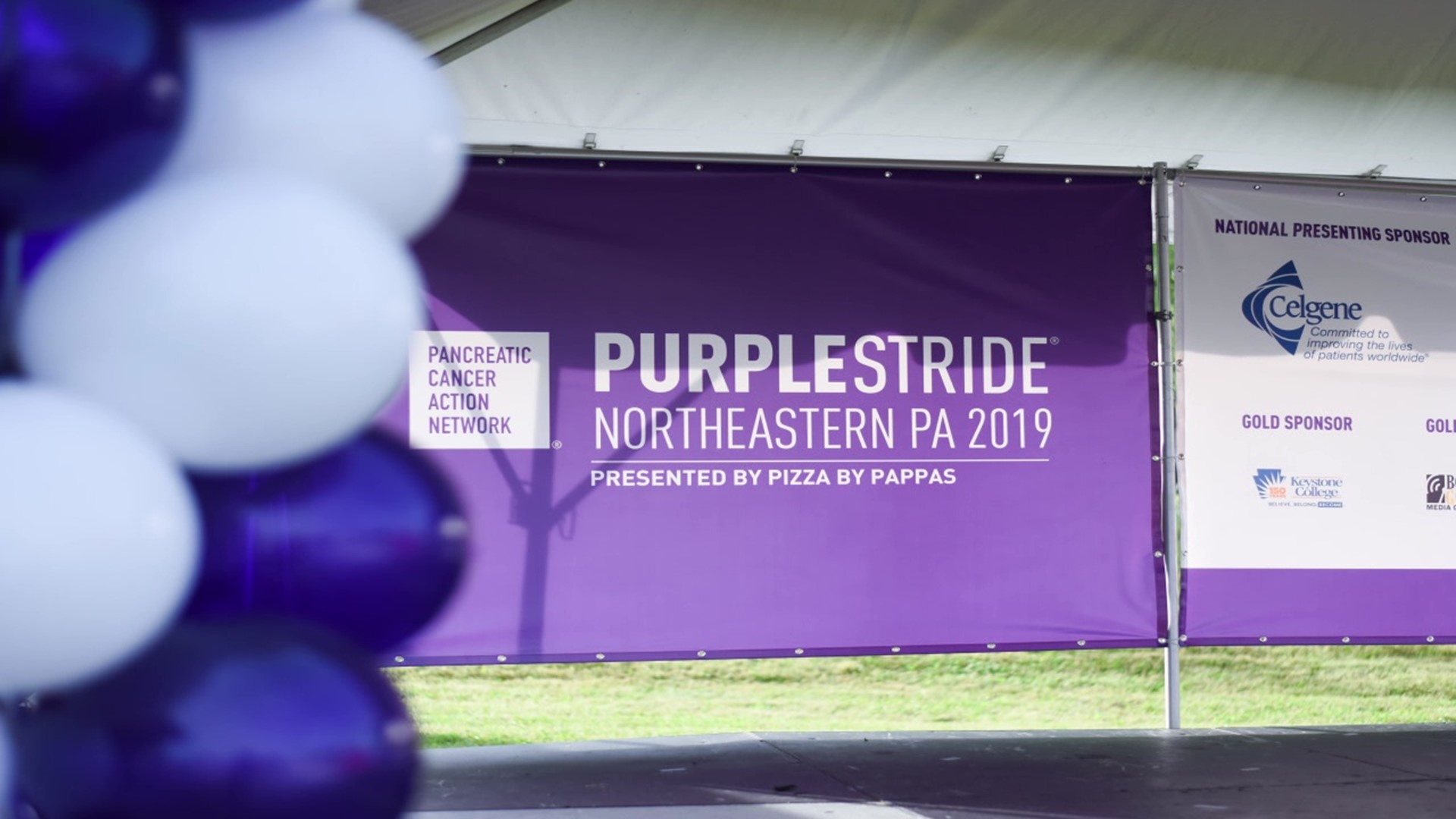 SCRANTON, Pa. — PurpleStride is back in northeastern Pennsylvania this weekend.

The event raises money for pancreatic cancer research and support for families who need it.

Kyle Savage is what he calls a "second-generation chairman."

"When I was about 16 years old, at this point a half lifetime ago, my grandma passed away from it, so my father got involved, and my family followed suit," Savage said.

Typically, walkers and runners in purple take over the Lackawanna River Heritage Trail in Scranton for the event.

This year, like last, the major fundraiser will involve teams walking and running in their own groups, posting pictures and videos as they go.

"We've worked with the city parks and the University of Scranton to raise banners and make backdrops of what we call selfie stations."

You can still enroll. There are 36 teams already signed up.

One of the teams is Miles for Myron, in honor of Myron Sidloski from Dallas, diagnosed with stage 3 pancreatic cancer nearly three years ago.

After a clinical trial and rounds of chemo and surgery, Myron says his medical team gave him very hopeful news.

Myron, a many-time marathoner, had that operation in April of 2019 and ran a marathon, then an ultramarathon, just months later.

He's using that same determination in this fight, too.

"I'm just going to do the grind and fight it out. You don't quit. You just don't quit."

The opening ceremony for PurpleStride Northeastern PA will stream live at 9:30 a.m. on Saturday, June 12.