SCRANTON, Pa. — After Geisinger Community Medical Center in Scranton closed its labor and delivery center 12 years ago, babies are back. Geisinger CMC jus... 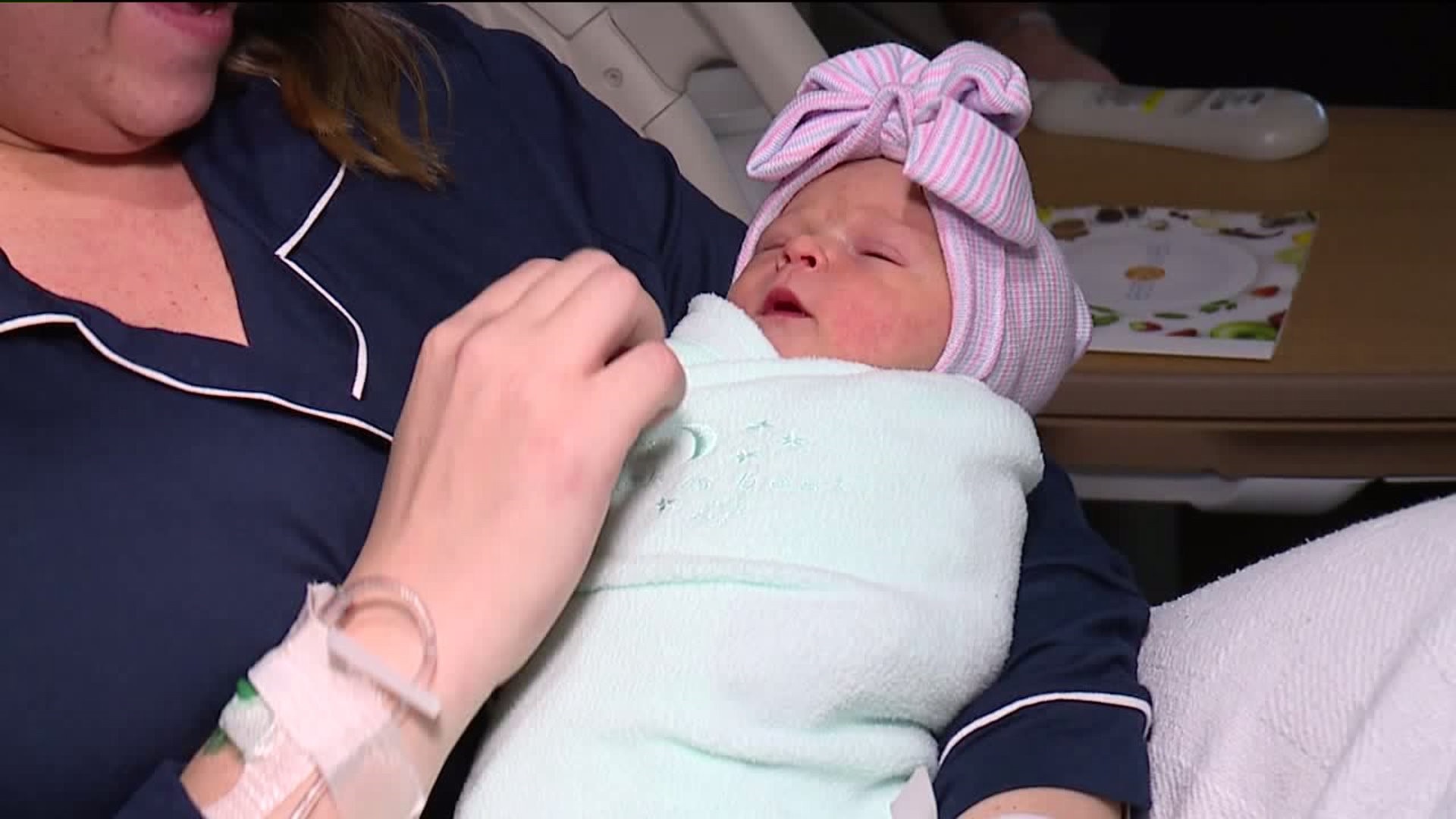 SCRANTON, Pa. -- After Geisinger Community Medical Center in Scranton closed its labor and delivery center 12 years ago, babies are back.

Geisinger CMC just unveiled its new childbirth center in Lackawanna County, and already it has a tiny patient.

"I was reading about it and wanted to try it because it seemed like the perfect birthing center. I didn't think it would be open in time," Kayla Stair said.

"For the last nine, 10 years, there haven't been babies at CMC. We realized that was a gap in our coverage," said Dr. Sandra Culbertson.

Dr. Culbertson is chair of the Women's and Children's Institute for Geisinger Health System. She says what was CMC's labor and delivery space was redone entirely, a two-and-a-half-year project that required $15 million of renovations and extra training for hospital staff.

"It's not just the labor and delivery that has to know how to deliver babies. It's the ER, the anesthesiologists, it's all physicians at the hospital," said Dr. Culbertson.

"We have an eight-bed LDRP model, which means that moms can labor, deliver, recover, and can heal postpartum in one room," said team coordinator Eliss Concini, who gave Newswatch 16 a tour.

Concini says they designed the rooms to be large and family-friendly, with the medical equipment hidden behind cabinets to be more homey, and a fridge in each room for new moms to store breast milk.

There are two operating rooms and a nursery, but there is no NICU here.

Geisinger officials say this childbirth center is midwife-driven, what's called a low-risk model, meaning only babies who will be delivered at 35 weeks of gestational age or above can be born here. It's similar to the model that currently exists at Geisinger Bloomsburg Hospital.

"Most everyone will start in that category. As a pregnancy progresses, there might be something that pops up that requires them to deliver in Wilkes-Barre instead," said certified nurse-midwife Heather Mecone.

"Your low-risk, low-intervention at birth means there's a less than 1 percent chance you would have to have a NICU admission," Concini said.

Should further medical treatment be required, officials say they're linked to experts via telemedicine, or they'll transfer the infant to Geisinger Wyoming Valley.

Jackie Compton's first baby is due in early December. She's from Lackawanna County and says the new center is perfect for the birth plan she has in mind.

"I would have had to deliver in Wilkes-Barre at Geisinger, which would be 45 minutes for me from Moscow, so I'm really excited that this is closer to home. Only takes about 20 minutes from where we're at," Compton said.

"I witnessed my sister-in-law give birth and I didn't want that experience. This was perfect," Stair said.

The new childbirth center officially opened late last week. Officials say they expect an uptick in births there in November and December.