We've shared stories about people's organs to someone they know or love. Here's a story about a total stranger giving of himself to make someone else's life better. 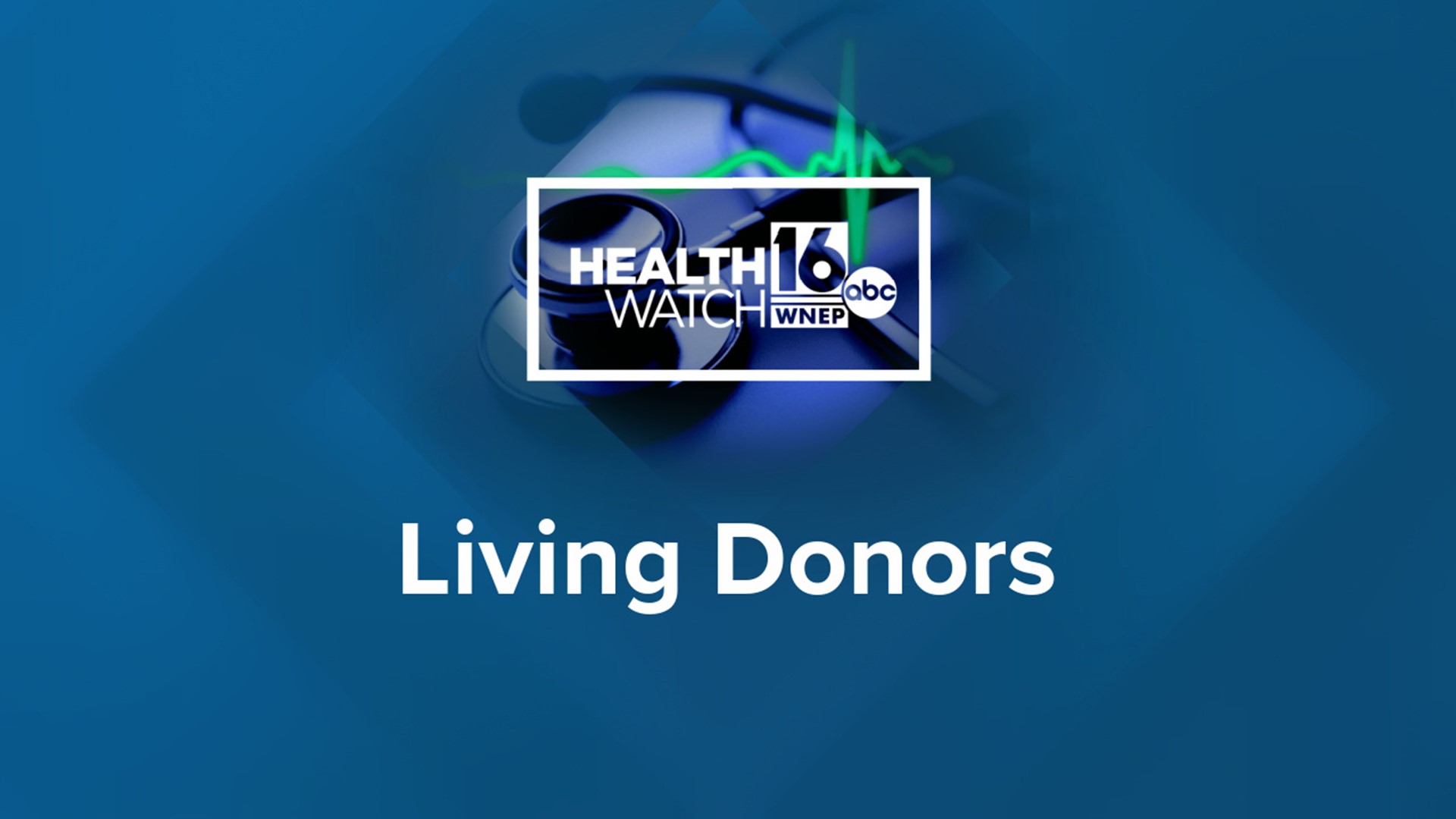 DANVILLE, Pa. — We've shared stories with you about friends, family, even acquaintances donating organs to someone they know or love. Here's a story about a total stranger giving of himself to make someone else's life better.

Talk about a surprise at a routine physical several years ago—Josh Hudock from Bloomsburg, husband, and father with no symptoms, learned he had failing kidney function that required dialysis.

"It's a very draining process. It's three days a week, it's four hours, and the feeling going through it is, it is exhausting," Hudock said.

This went on for three years, leaving little timer for his family. He says he just never felt well.

"I worked full time. I went to dialysis in the evenings, and at that point, it could have been five or six years until I got to the point that someone would possibly be a deceased donor or come along and donate."

Josh had never heard of a man named Doug McCracken from Mount Carmel, a Geisinger employee. But he would.

"I work at Geisinger in the supply chain. One of the areas that I stocked supplies was in the dialysis clinic for inpatients, mostly," McCracken said. "I just always thought that there ought to be more I can do than bring them supplies."

Doug eventually decided to act on that impulse to do more and soon learned he was a match for Josh.

The two didn't meet until the morning of the transplant surgery.

"We actually took the elevator upstairs together the day of pre-op. At that point, I didn't know that was Doug standing next to me! I wondered because there's not that many people going to that floor."

"There are some really really good people in this world that see a need and want to do something, just like what you just heard," said Dr. Michael Marvin, chair of transplant surgery at Geisinger.

Dr. Marvin says stories like this one are quite common. So many good people have stepped forward to donate.

"We can typically find a recipient for a willing donor."

It was Dr. Marvin who performed their transplant surgery almost three years ago and continues to monitor both Doug and Josh to this day.

The two are now friends who get together a few times a year to catch up and celebrate.

Doug says he feels great. And Josh? His disease is in remission—no signs of kidney damage, and he says there is no way to fully express his gratitude.

"There's not enough words to even describe it," said Josh. "Thank you felt inconsequential compared to what I felt, what my wife felt, my daughter as well."

"It's a little hard to put into words. It's really rewarding. I would do it again if I could," Doug added.

Dr. Marvin says if you take anything away from this story, it's that there are far too many people dying waiting for an organ. He urges people, if they have the inclination, to get some more information and consider being a donor.