Back in 1981, three hospitals in Luzerne County merged to create one hospital. It would eventually become Geisinger Wyoming Valley Medical Center. 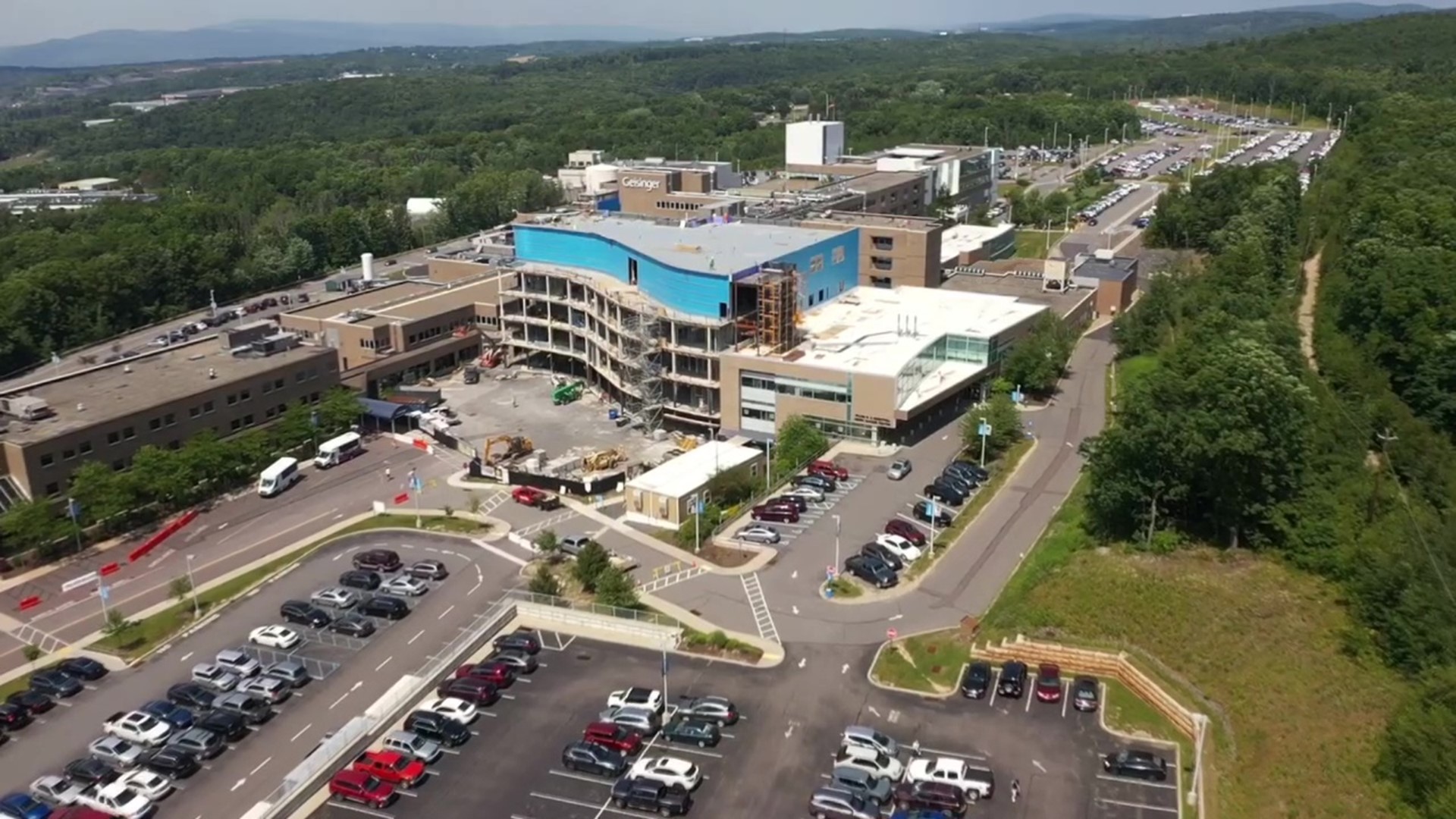 LUZERNE COUNTY, Pa. — Years ago, it was NPW Medical Center, a consolidation of Nanticoke, Pittston, and Wyoming Valley hospitals.

Noreen Diaco has been around for all of those years. Her first day on the job was in July of 1981.

Diaco has seen a lot of changes on the hospital's campus.

"We've grown from a very small community hospital to a large system hospital. it has expanded building after building!"

And she's marking 40 years while watching another expansion: a massive project adding onto the already existing Henry Cancer Center.

"We know that there are a lot of people in the valley with cancer. And they often feel they need to go outside of the area to get world-class care. And that's not true," said Dr. Karlyn Paglia, chief medical officer at GWV and Geisinger South Wilkes-Barre.

Dr. Paglia tells us the new project will add 18 beds for the most critical patients and double the size of the infusion center, where services like chemotherapy are administered, among other improvements.

It's all about stopping for a moment to recognize how far they've come but look ahead to the future.

"I think that's one of the missions of Geisinger, to go out there and seek the best talent, whether that's nursing students or medical students, and basically train them, grow them into medical providers we want to care for us when we're in need," Dr. Paglia added.

That expansion project at the Henry Cancer Center is slated to be complete next spring.