A Geisinger doctor helped develop a procedure to help alleviate post-head-trauma symptoms, and a woman from Wayne County says it gave her her life back. 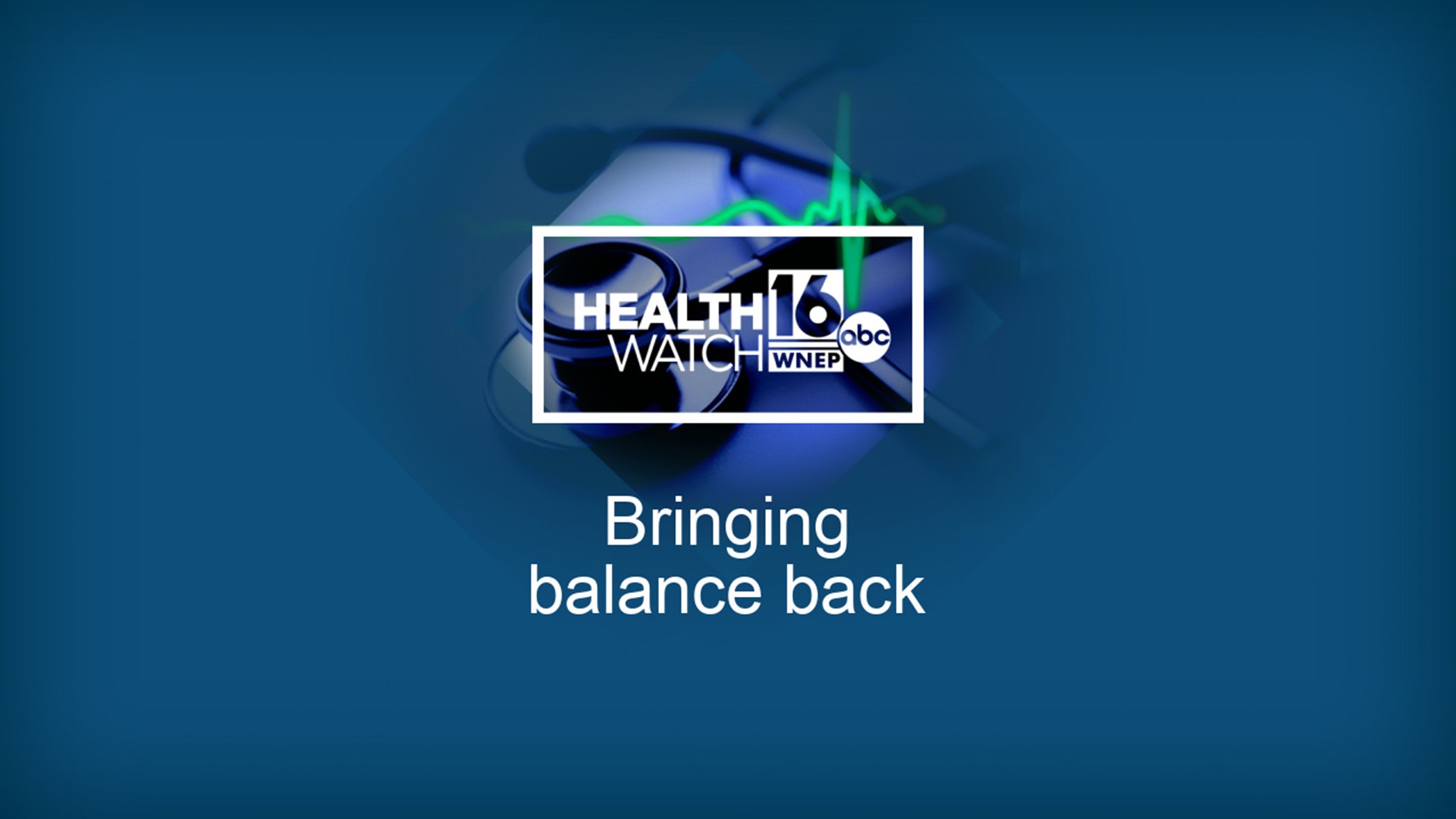 WAYNE COUNTY, Pa. — The story begins in September of 2017. that's when Antonia DiNoto was watching students during a gym class and got hit on the side of her head with a football.

It was a minor incident as head trauma goes, but it turns out that she had a concussion and a neck sprain, which later turned into a prolonged, unbalanced feeling.

"Like walking in a funhouse, or walking on a water bed, that's the type of feeling I had," DiNoto recalled. "I constantly walked kind of like a penguin, just trying to keep myself balanced."

"Me and my husband, we would go on motorcycle rides. I couldn't go on a motorcycle! I was afraid I'd fall off! He'd make a turn, and I'd be afraid I'd be on the street somewhere!"

When injections and physical therapy didn't do the trick, she found Dr. Arun Gadre.

"It was clear that she was suffering. When she came into the office, her husband was actually holding her. And when she walked down the hallway, you could see her veering back and forth," said Dr. Gadre.

Dr. Gadre had previously helped develop a new procedure to help patients like Antonia, essentially patching openings to the inner ear using a patient's own tissue.

"What we do is lift up the eardrum, we take a little fat from behind the ear, and we patch the two windows called the oval and round windows. We patch those two windows so that they don't make these wild excursions."

The results, according to Antonia, were dramatic.

"Right away, right away I noticed, I did. I felt great," she recalled.

"It is very gratifying for us that we're able to give a person their balance back," Dr. Gadre added.

Click here to read more about that procedure and Dr. Gadre's research on the topic.