A family originally from Luzerne County is thankful this Thanksgiving for a Geisinger doctor who is still treating their son, even though they now live in Florida. 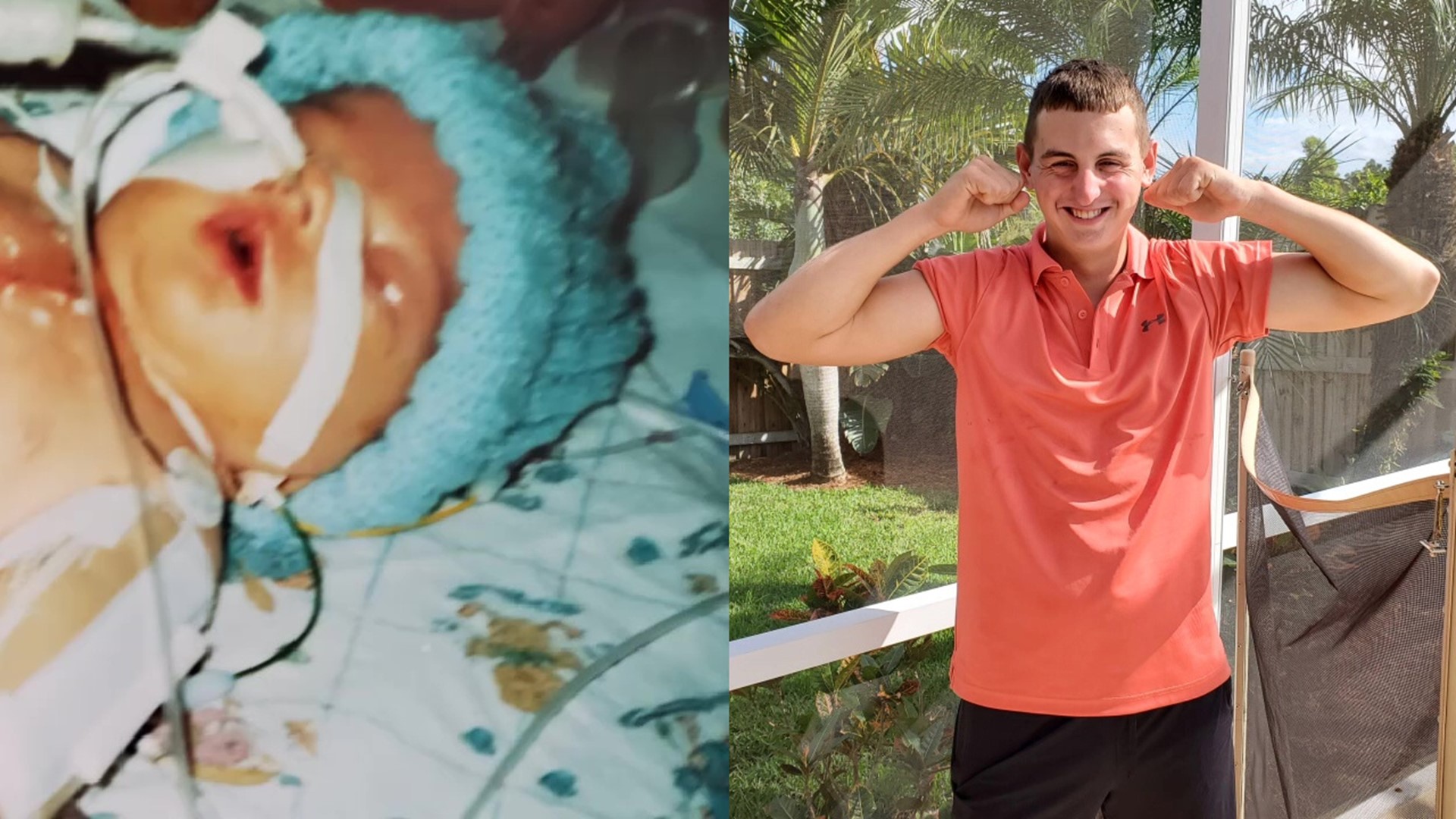 DANVILLE, Pa. — Pictures show a very tiny Joshua Hallowich just days after he was born 18 years ago. His family lived in Nescopeck at the time.

Josh is now happy and strong and living with his family in Fort Myers, Florida.

What happened in between has a lot to do with Dr. Robert Mangano.

"One of the things I do is I take care of the kids, who then grow up to be adults. I see them transition from pediatric care to adult life, but they have the same sort of problems, so they need a cardiologist who knows the condition they have," said Dr. Mangano, a pediatric cardiologist at Geisinger Medical Center.

Dr. Mangano explained that Josh was born with a heart defect — in his words, a major, serious issue that would have been fatal if not treated.

"When he was born, Joshua had the wrong artery coming out of the wrong chamber."

Josh needed open-heart surgery right away to close the hole in his heart between two ventricles, something his mother won't ever forget.

"Josh was first born, and we didn't know there was an issue. His doctor caught it on the day we were going to be discharged," Rhonda Hallowich said. "My husband and my mom left with the baby, and I had to stay behind so they could get me discharged, and I couldn't go until the next morning."

That surgery was successful.

As he grew, Josh needed further treatment and monitoring. Then his family moved to Florida six years ago.

"When I found out they were moving, I said, 'We'll find you a cardiologist down there who knows your situation, and I'll make sure to communicate with them,' And they said, 'No, no, no! We're not going to do that. We're going to continue to come up to you and get care at Geisinger,'" Dr. Mangano recalled.

"The surgeon fixed it, but the narrowing came back. We went in there several times. You can see this part here is fine, but there's a narrowing here."

Josh says he's feeling great, and his parents say no matter where they live, they'll continue being treated at Geisinger.

"For me, it's a very gratifying thing. I like to know my patients," Dr. Mangano added. "It's not like someone just walks in, and it's Joe Schmo, and I take care of their health problem. For me, it's a lot more than that."