GEISINGER MEDICAL CENTER — Andrew Jones is the volunteer firefighter from Northumberland County who got very sick this summer and was diagnosed with Legio... 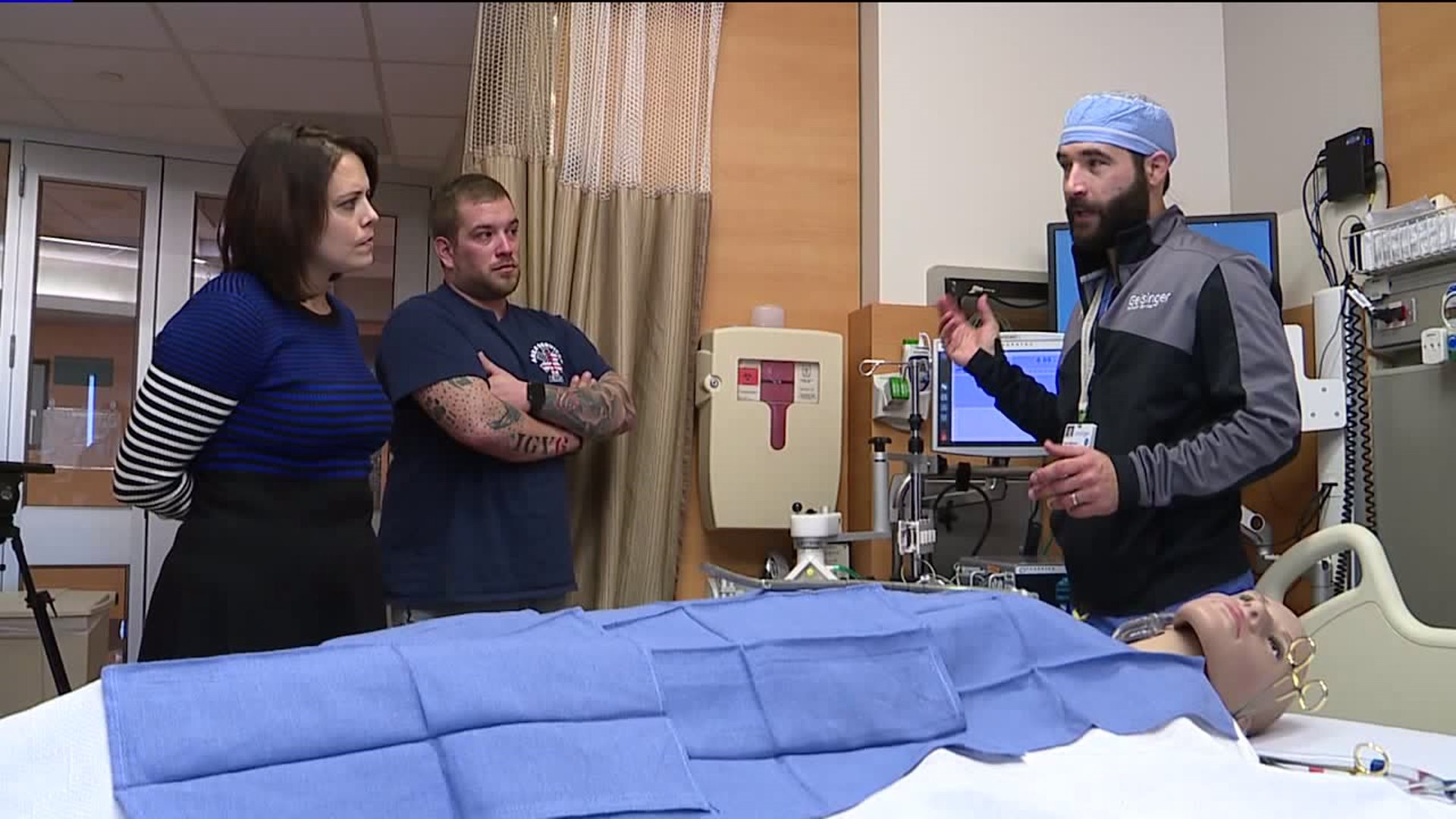 GEISINGER MEDICAL CENTER -- Andrew Jones is the volunteer firefighter from Northumberland County who got very sick this summer and was diagnosed with Legionnaire's disease. He met us at Geisinger Medical Center near Danville to share his story and to personally thank the doctors who were able to save his life.

Jones, a 30-year-old volunteer firefighter from Elysburg, was diagnosed with Legionnaire's disease. That's a severe form of pneumonia caused by inhaling Legionella bacteria. It's rare, but it can be deadly.

And it almost was, in his case.

The story starts when he didn't feel well one Thursday in July. His temperature was high and climbing. He assumed he had the flu.

By Monday, he was at Geisinger Medical Center near Danville.

"Then it was Monday into Tuesday I couldn't breathe anymore," he recalled.

Next thing Andrew remembers, he woke up and saw a friend in his room.

A lot happened; he doesn't remember. Andrew was on a machine for eight days.

Evan Gajkowski helped us fill in the blanks. He's the coordinator of the ECMO program at Geisinger. He says ECMO is what saved Andrew's life.

"We realized he needed more support for oxygenation. We placed this catheter in his neck. See that little snake bite there? That went in there," Gajkowski said.

ECMO pumps out bad blood, oxygenates it, then pumps it back in, allowing the lungs to rest.

Critical care and ECMO physician Dr. Jeremy Patterson says they're using the machine more than ever before.

"The past year, 50 cases? No, 60 cases," said Dr. Patterson. "You can also use it for the heart, heart failure, just as the pump can support the lung, it can also support the heart."

During those 12 days Andrew was hospitalized, his community held a number of benefits and fundraisers. His doctor attended one of them.

"Andrew is a firefighter for my community. I helped him while he was here, so someday maybe he'll help me while I'm out there," Gajkowski said.

Today he's back at work, back at the fire company, a few pounds lighter, no longer a smoker, and thankful the right team was there for him when he needed it.

"They said if I would have not gone to the hospital Saturday night, I probably wouldn't have woke up Sunday morning," Andrew added.

Andrew says it's still not confirmed where he was exposed to the Legionella bacteria.