Healthwatch 16: Coach’s Journey Through Rehab Back to the Field

WILLIAMSPORT, Pa. — When the Williamsport Area Millionaires football team takes the field this season, one of their most beloved coaches will be on the si... 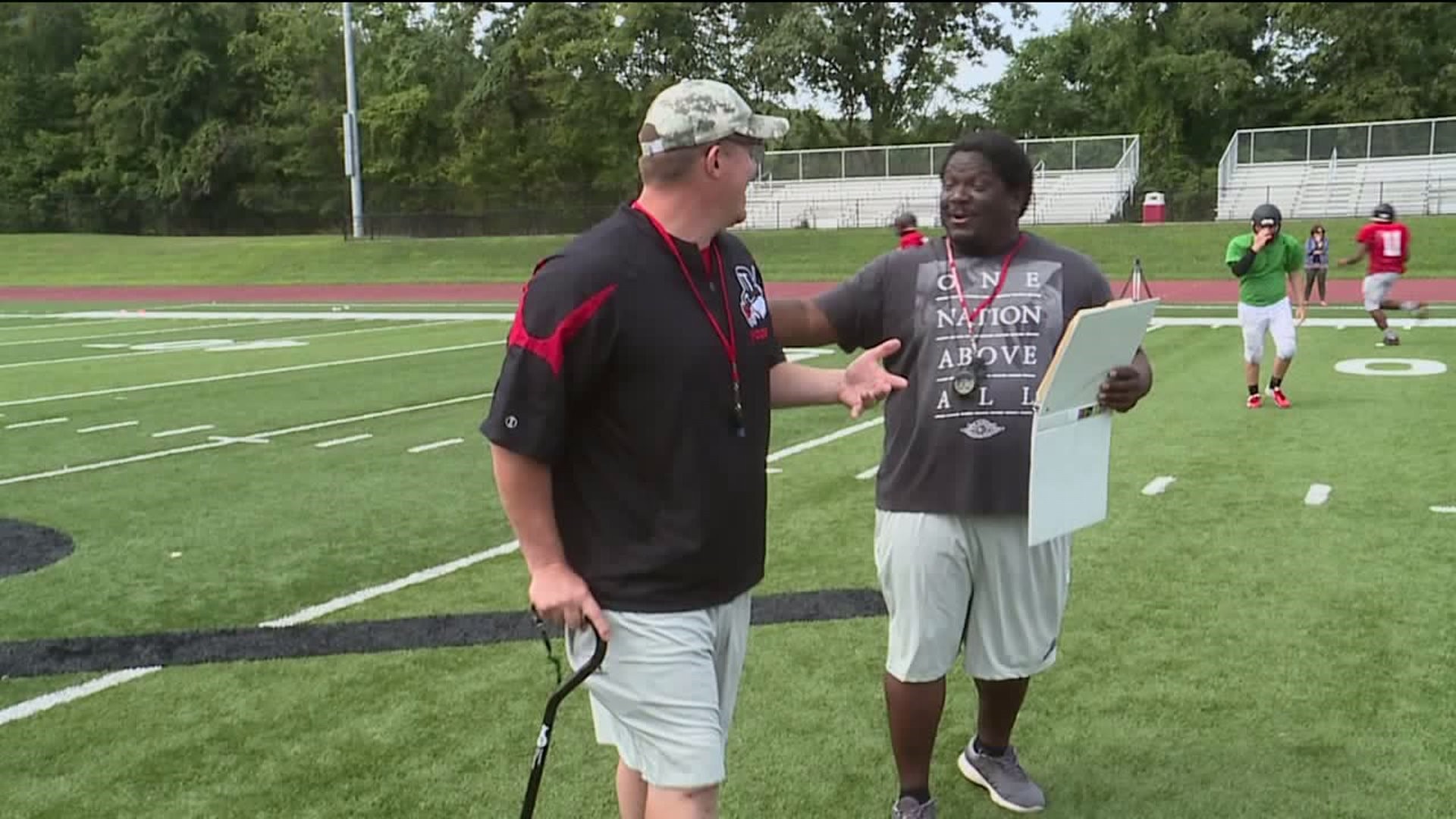 WILLIAMSPORT, Pa. -- When the Williamsport Area Millionaires football team takes the field this season, one of their most beloved coaches will be on the sidelines.

But that wasn't a given after assistant varsity coach Keith McCabe was very badly injured in a crash last November.

If there's one thing Keith McCabe knows it's football. The 29-year-old McCabe is an assistant varsity football coach of the Williamsport Millionaires Team and an alum with a passion for the cherry and white.

But the fact that he's on the field with not much more than a cane and a limp is nothing short of amazing.

Our story starts on a rainy night last November.

"I was driving back for the end-of-season meeting here at the high school, and unfortunately I never made it to the meeting," he recalled.

Keith hydroplaned on Route 220, lost control of his car, and crossed into the other lane, directly in the path of a tractor-trailer.

"That moment you look up, see the tractor-trailer, I remember the color of it being blue. And I don't remember impact."

It would take rescue crews an hour to get Keith from his mangled vehicle. He has only flashes of memory.

"Glass on me, everything destroyed, hearing a paramedic over my roof being sawed off, saying, 'Hey buddy, you're going to be OK. We've got you.'"

Because of the weather, Life Flight was not an option.

Keith was taken first to a hospital in Williamsport, where a trauma team stabilized him. 45 minutes later, he ended up in the trauma department at Geisinger Medical Center near Danville.

"He was he was pretty banged up," said Dr. Susan Baro, medical director of the trauma ICU at Geisinger.

"From our standpoint, we look to the brain, the heart, the lungs, the internal organs. First thing we do is make sure everything else is OK," Dr. Baro explained.

Over the course of the next few weeks, the orthopedic trauma team operated on Keith five times to correct a number of injuries: the crash had shattered both ankles, broken his pelvis, ripped his hip from the socket, and broken a knee cap, among other injuries.

Dr. Horwitz was in charge of rebuilding Keith's ankles, in two separate surgeries.

"Early on, he was very motivated. He wanted to know when he could get back to coaching and exercising. We're very careful to say, 'we don't know,'" Dr. Horwitz said. "Their final outcome, final status, will depend probably 90 percent on their effort and their work."

It's easy to see that Keith put in that work. After months of rigorous physical therapy, he is back on the field, doing what he loves best.

"The best gift we can ever get is that people walk back in and their lives are back together."

Keith knows he won't ever be back to the way he was before the crash but he says one doctor told him not to expect to walk until this Christmas and he beat those odds.

He also wanted to thank the many community members who donated and supported him and his family.