We meet a young girl with quite the story to tell and an army behind her in this Healthwatch 16 report. 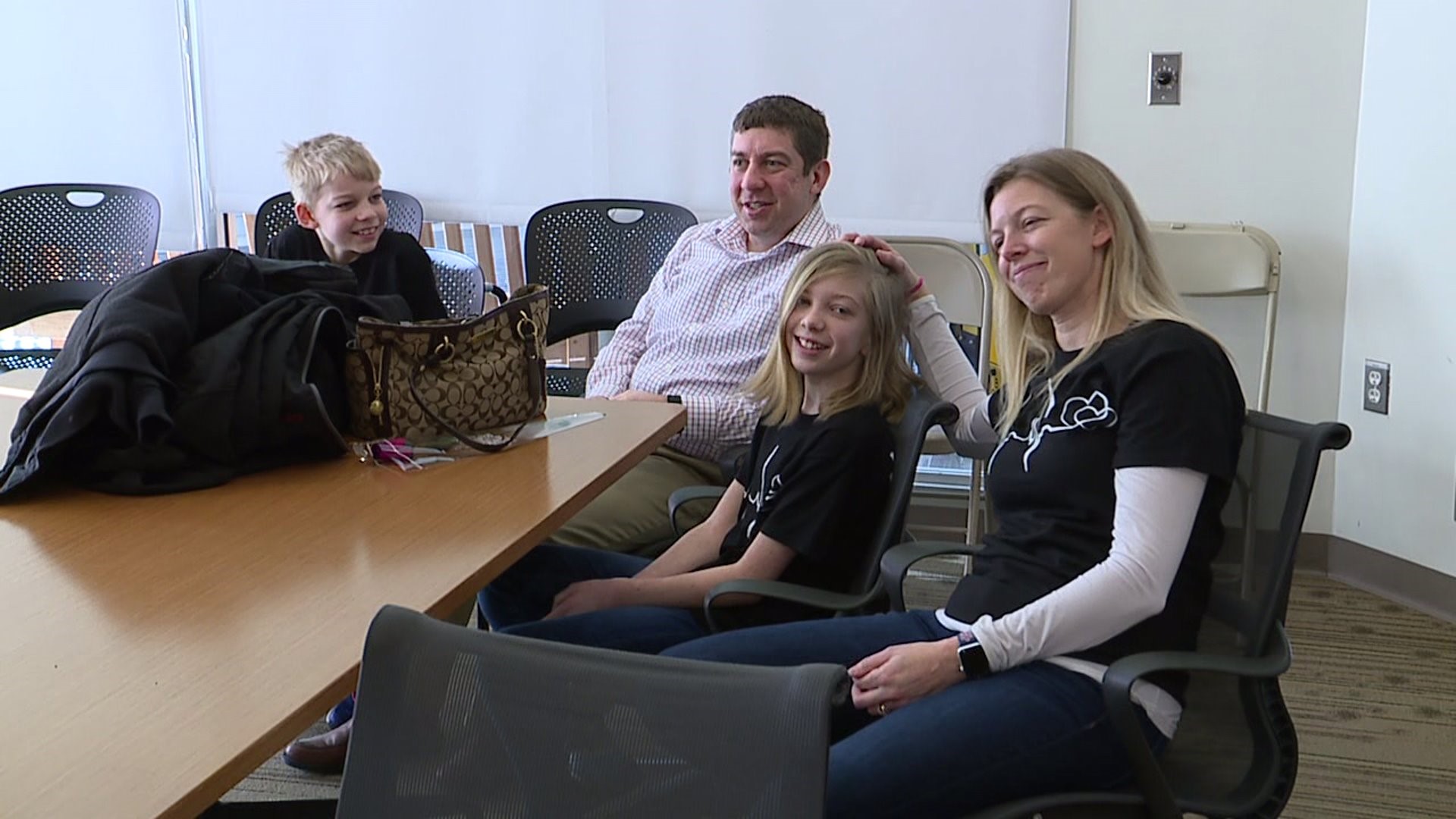 DANVILLE, Pa. — We're almost done with the month of February, American Heart Month. When you think of heart disease, you typically think of adults, even older adults, but children can be affected too, even newborn babies.

Anna Pritchard, age 12, of Williamsport, sat down to chat about her summer travel plans and her new ballet pointe shoes.

She also sings and plays the flute, much to the delight of her music teacher parents Rebecca and Ryan.

But there's something else you should know about Anna: she has an army behind her.

"A few years ago, after my last surgery, we made t-shirts with Anna's Army. And all the money goes to Children's Miracle Network as a thank you for all they've done for me," Anna said.

Anna was born with a congenital heart defect. Mom Rebecca says she had a normal pregnancy and a smooth delivery in Williamsport. But at birth, it was apparent something was wrong with her baby girl.

"It was severe, and it needed some attention very quickly," Anna's mother Rebecca Pritchard said.  "LifeFlight packed her up and took her by LifeFlight to Janet Weis (Children's Hospital.)"

Anna was born without a pulmonary valve. That's the valve that allows blood to flow so her lungs could grow. She had her first surgery at just 3 days old.

"Her right and left arteries were not connected to each other, just barely. Surgeons had to reconstruct that," said Dr. Robert Mangano is a pediatric cardiologist at Geisinger Medical Center.

Dr. Mangano remembers Anna as a blue, sickly newborn. Doctors gave her oxygen and medication to open her tiny arteries.

A few years later, when she was 5, Anna underwent another procedure to give her a prosthetic pulmonary valve. She'll have to do it all over again in the next few years when she outgrows it.

But for now, Anna and her family -- little brother Adam included -- are focusing on her good health and saying thanks with the proceeds from their t-shirt sale to the people who made it happen.

"We were so touched and so helped and so honored to be part of this family here. We wanted to give back any way we could," Rebecca said.

"I've gotten to know her over the years, and she's just a charming young lady," Dr. Mangano said.

Dr. Mangano notes there's a wide range of congenital heart defects, from harmless, all the way up to potentially fatal, if not addressed right away. Some are diagnosable before a baby is born, and others are not.