The president and Democrats are bickering over how to provide voters with safe and secure access to a ballot. 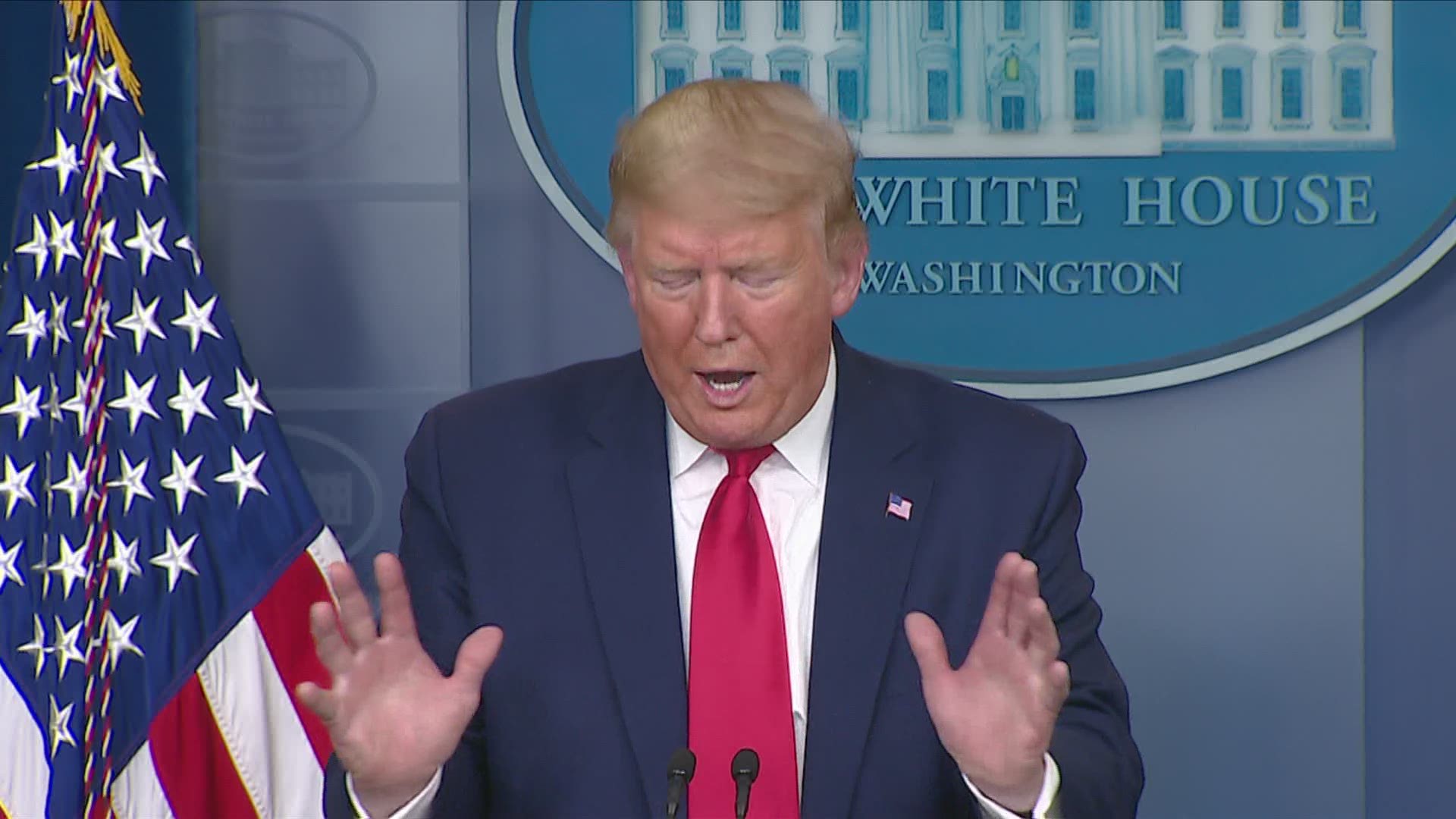 WASHINGTON — While Wisconsin struggled to hold its primary on Tuesday, President Donald Trump and Democrats are bickering over how to provide voters with safe and secure access to a ballot as the coronavirus pandemic rages in the U.S. and threatens to extend into the fall, affecting the general election.

With another economic rescue package in the works, House Speaker Nancy Pelosi says she wants money to give more voters the chance to cast their ballot by mail, an option that would allow people to vote without the concern over the safety of polling places.

But Trump opposes voting by mail and is leading Republicans in a battle to limit its use, arguing that it would encourage fraud and lead to so many people voting that his party could not win.

But the 2020 presidential election is creeping ever closer, and there are no signs yet of the pandemic abating, nor any word on when Americans on orders to stay home can resume normal life, so lawmakers are trying to figure out how to allow for voting in a world where face-to-face contact causes anxiety at the least and possibly sickness and death.

A Reuters/Ipsos poll conducted on April 6 and 7 claimed most Americans, including a majority of Republicans, want the government to require mail-in ballots for the presidential election because of the coronavirus outbreak.

The debate played out in Wisconsin. It stands apart from other states that have delayed primaries because of the virus, though Democratic Gov. Tony Evers has issued a statewide stay-at-home order.

Evers initially joined Republican leaders in seeking to hold the primary as planned on Tuesday, but he now favors an all-mail election with absentee voting well into May. Republicans maintain that in-person voting should go on as planned and have asked the U.S. Supreme Court to block extended absentee voting.

The election features the Democratic presidential primary between Joe Biden and Bernie Sanders, but a bigger concern for Republicans is a state Supreme Court race that pits a conservative incumbent against a liberal challenger.

In recent weeks, as Democrats nationwide have argued the country must prepare for voting largely by mail, Republicans have objected to or blocked expansions of such voting in Arizona, Georgia and Pennsylvania.

“It shouldn’t be mail-in voting. It should be you go to a booth and you proudly display yourself,” Trump told reporters Friday evening. Earlier this week on Fox News Channel's “Fox & Friends,” he claimed the Democrats had a plan “that if you ever agreed to it you’d never have a Republican elected in this country again.”

More than 461,000 people in the United States have tested positive for the virus so far, prompting more than a dozen states to delay their presidential primaries. Health officials are warning that the virus has the potential to return with a second wave during the next flu season, putting voters and poll workers in a dilemma where fulfilling a civic duty means putting their health at greater risk.

Colorado, Hawaii, Oregon and Washington already provide registered voters with a ballot in the mail for all their elections, according to a Congressional Research Service report. California and Utah are among the states that give counties the option of mail-in voting.

Proponents say it can improve participation, particularly with voters who have to work on election day, go to school or have mobility issues, such as the elderly or the sick. It could reduce the number of poll workers needed, as well as the long lines that often arise during a presidential election.

“It just makes us more democratic,” Pelosi told reporters this week. “It just gives more people the opportunity to vote. So that is something we would like to see.”

A North Carolina congressional election had to be rerun last year because the Republican candidate’s campaign had engaged in widespread fraud through mail ballots.

But some Republicans have come to embrace the format, arguing it can be done securely and is cheaper and fairer than in-person elections. Utah, a GOP stronghold, is a recent convert to mail-in voting.

Evidence shows it is Republicans, rather than Democrats, who are most likely to vote by mail, said Michael McDonald, a University of Florida professor who tracks balloting.

The $2.2 trillion rescue package that Congress passed included $400 million for states to invest in the next election so they could expand early voting, move to mail-in voting, or increase safety measures at polling sites.

That’s a meager investment compared with the $2 billion that the Brennan Center for Justice recently said is needed to ensure the pandemic does not jeopardize a free and fair election.

Credit: AP
FILE - In this March 10, 2020, file photo wearing gloves, a King County Election worker collect ballots from a drop box in the Washington State primary, in Seattle. But the 2020 presidential election is creeping ever closer, and there are no signs yet of pandemic abating, nor any word on when Americans on orders to stay home can resume normal life, and so lawmakers are trying to figure how to allow for voting in a world where face-to-face contact causes anxiety at the least, and sickness and death at the most. (AP Photo/John Froschauer, File)