Pope puzzled by vaccine hesitancy in the Church, report says

The Pope has said he can't explain why some cardinals are hesitant to get the vaccine. 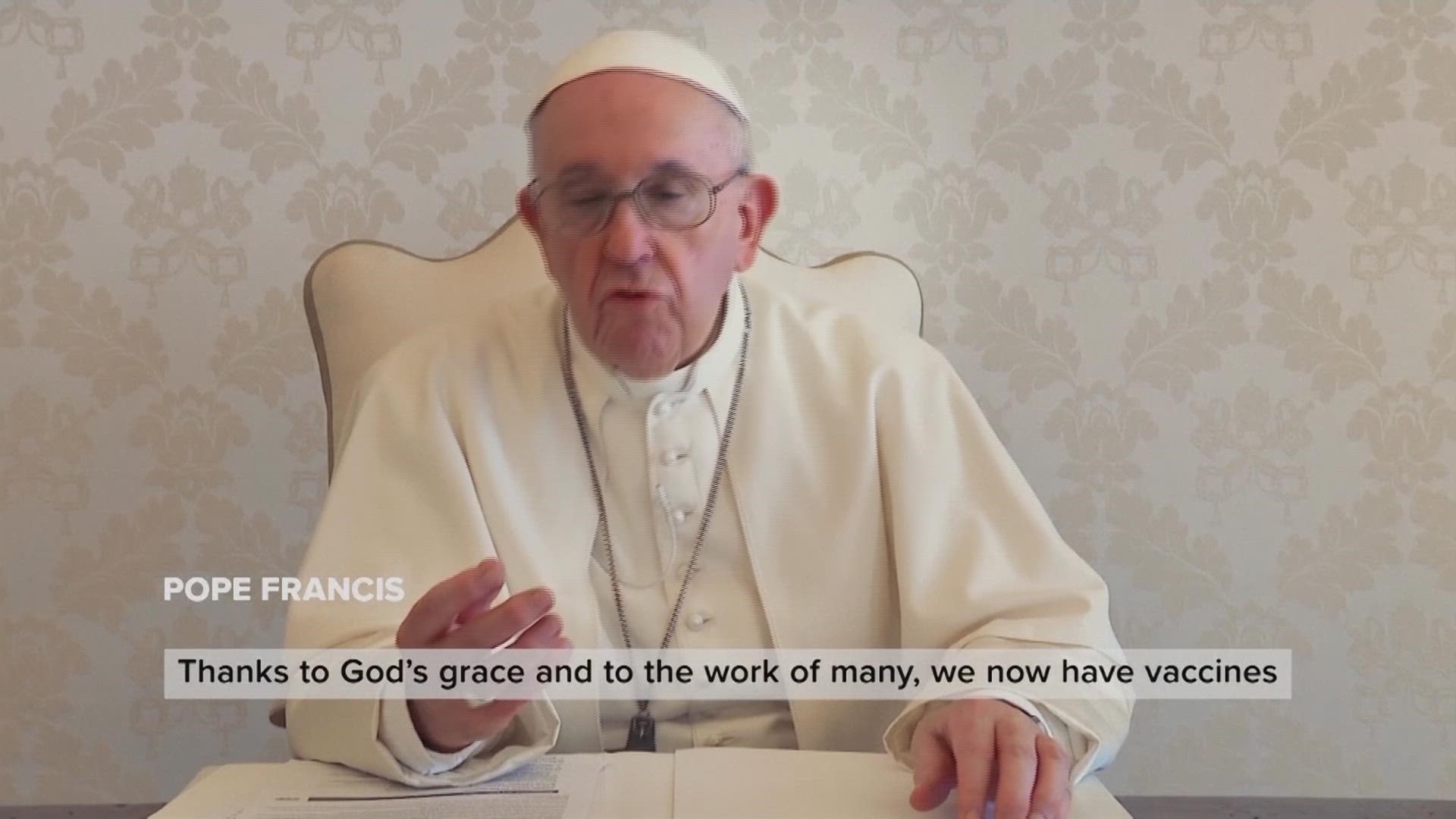 NEW ORLEANS — Pope Francis, who is vaccinated, has been encouraging others to get the COVID-19 vaccine for the common good, but a minority in the Vatican are hesitating to get the shot, a report from BBC said on Wednesday.

At least one cardinal was taken to an ICU with COVID-19, Pope Francis told the BBC.

"Even in the College of Cardinals there are some vaccine negationists," the Pope told reporters aboard the Papal plane. "But one of them, poor thing, has been hospitalized with the virus. These are the ironies of life."

He said that “humanity has a history of friendship with vaccines” and that serene discussion is necessary to help those who won't get the jabs.

Almost everyone at the Vatican has received the vaccine, and the Church is "studying how to help" those who are hesitant.

Francis was asked about vaccine skeptics and those who oppose vaccine mandates by a Slovakian reporter because some events during his four-day pilgrimage there were restricted to people who were vaccinated against COVID-19.

The issue is broader, however, as more and more governments adopt vaccine mandates for certain categories of workers, sparking opposition.

Some have argued for allowing Catholics to claim conscientious objections to the COVID-19 vaccine, but the pope disagreed, saying the vaccines are morally acceptable and could be used in good conscience.