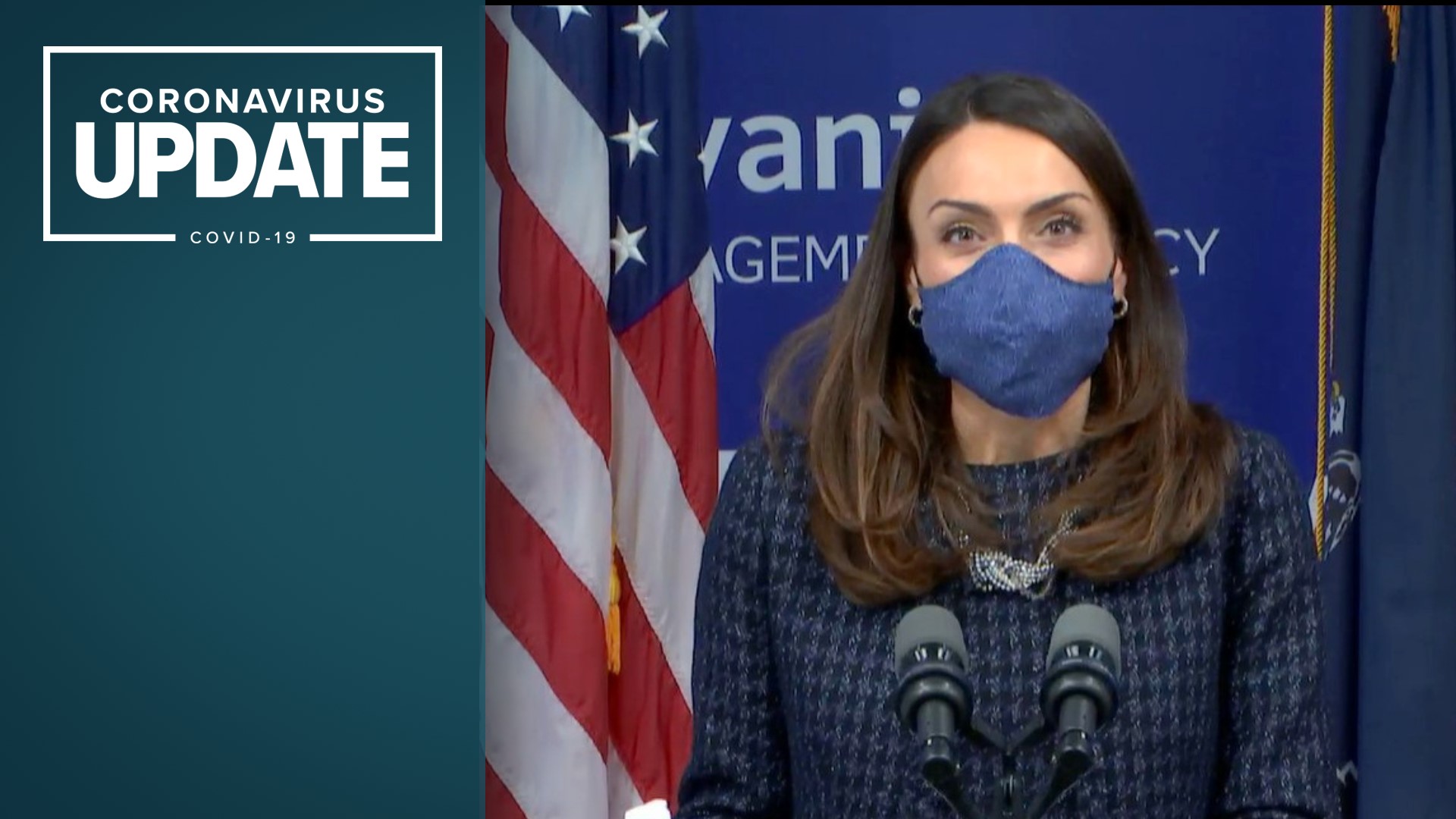 HARRISBURG, Pa. — The Pennsylvania Department of Health says mistakes in the allocation of COVID-19 vaccines could impact 120,000 vaccination appointments in the next couple of weeks.

The CDC says the second dose should come within 42 days after the first dose, and the state says it is going to meet that time frame but has to move around vaccine allotments to make that work.

This is not a medical issue but a supply issue. The first and second shots of the vaccine are the same vaccine.

There is timing involved in getting the two doses of the COVID-19 vaccine, the time needed between the two doses.

The Department of Health says it realized it didn't have enough Moderna vaccine for people needing to get their second shots in the coming week.

Beam says the department discovered this week that some providers were giving first doses of the vaccine using shots that were supposed to be for second doses.

"This was a structural issue that started in January. It was an inadvertent use of Moderna second doses, and it was an issue that compounded week over week," Beam explained.

To make up for the vaccine that was already used, the state says it has to use supplies meant for other appointments to make sure that people who need second shots get them in time.

"What we're doing now is right-tracking this, and it will probably take this week and maybe next week and the following week to be able to put us all on more stable ground."

Doses for the Moderna vaccine are supposed to be four weeks apart, but the CDC says they can be up to six weeks.

The big question for the state is, how did this happen?

"Who made this mistake and how? Another part of our understanding of this issue is we are not here to have blame placed anywhere. In fact, we want to make sure instead all of us are focused on the path forward," Beam added.

Today DOH + newly formed joint task force with the legislature reaffirmed their commitment to ensuring that Pa'ians will have access to second doses of #COVID19 vaccine within the CDC-recommended timeframe of up to 42 days after the first dose. Read more: https://t.co/Fo7cFr5tfv pic.twitter.com/wxjsbmSzks