As part of the research and development portion of the White House's ambitious 'Operation Warp Speed' plan to get a vaccine to market, thousands could be enrolled. 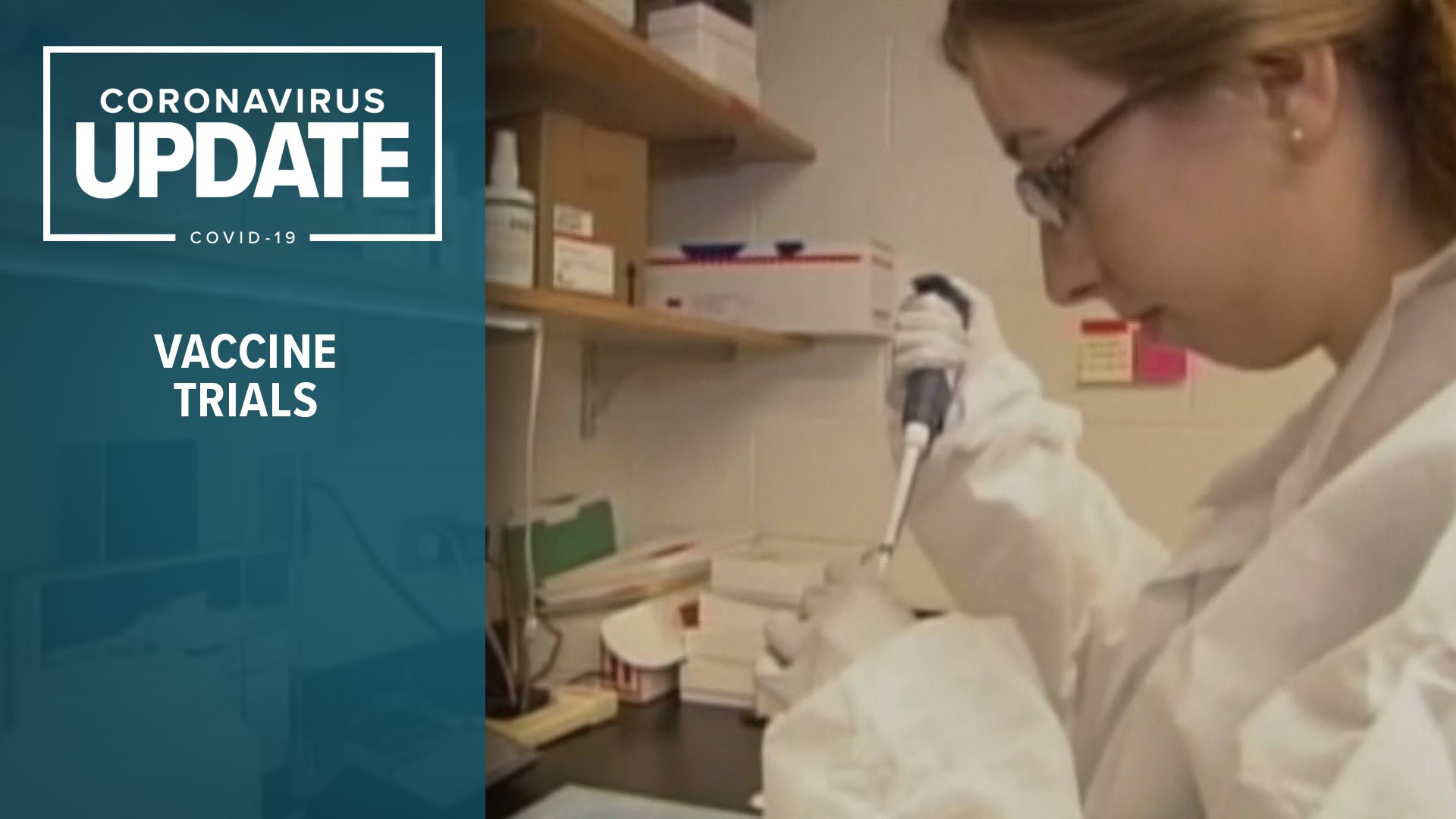 A public private partnership being called Accelerating COVID-19 Therapeutic Interventions and Vaccines (ACTIV) was announced last month and it's part of a massive effort to combat the coronavirus pandemic in the United States.

Vaccines will be tested with healthcare workers and in communities where the virus is still spreading. Washington, D.C. has not reached the peak of the outbreak so the nation's capital is one likely test site according to Reuters.

Scientists have agreed that if their own vaccine candidate fails, then vaccine makers will open up use of their clinical trial networks to competitors for the greater good.

Dr. Anthony Fauci, director of the National Institutes of Allergy and Infectious Diseases at NIH said, "If all the cards fall into the right place and all the stars are aligned, you definitely could get a vaccine by December or January.”

RELATED: President Trump lashes out at scientists whose findings contradict him

President Donald Trump vowed to use “every plane, truck and soldier” to distribute COVID-19 vaccines he hopes will be ready by year's end — even as the country's top scientists gear up for a master experiment to rapidly tell if any really work.

The goal is to have 300 million doses in stock by January, a huge gamble since a vaccine never has been created from scratch so fast — and one that could waste millions if shots chosen for the production line don't pan out. As the manufacturing side gets into place, the National Institutes of Health is working in parallel to speed the science.

At least four or five possible vaccines “look pretty promising” and one or two will be ready to begin large-scale testing by July with others to follow soon, NIH Director Francis Collins told The Associated Press.

Worldwide, about a dozen vaccine candidates are in the first stages of testing or poised to begin, small safety studies in people to look for obvious problems and whether the shots rev up the immune system. Among those getting the most attention are one created by the NIH and Moderna Inc., and a different type created by Britain’s Oxford University.

One key focus for scientists is if vaccines cause disease enhancement. This is a dangerous side effect where the vaccine actually increases the danger of the disease in individuals instead of preventing it. Dr. Fauci said, “If there is enhancement, that’s a big stop sign for everything.”

For those next-step studies, NIH is working with some of the world's largest pharmaceutical firms to create a master plan so each potential vaccine is tested the same way, using the same database, instead of each company devising its own methods. That partnership — called ACTIV or Accelerating COVID-19 Therapeutic Interventions and Vaccines — is like an umbrella where vaccine makers can sign on when they're ready to start enrolling.