Those people were originally scheduled for their second dose of the COVID-19 vaccine on February 13. 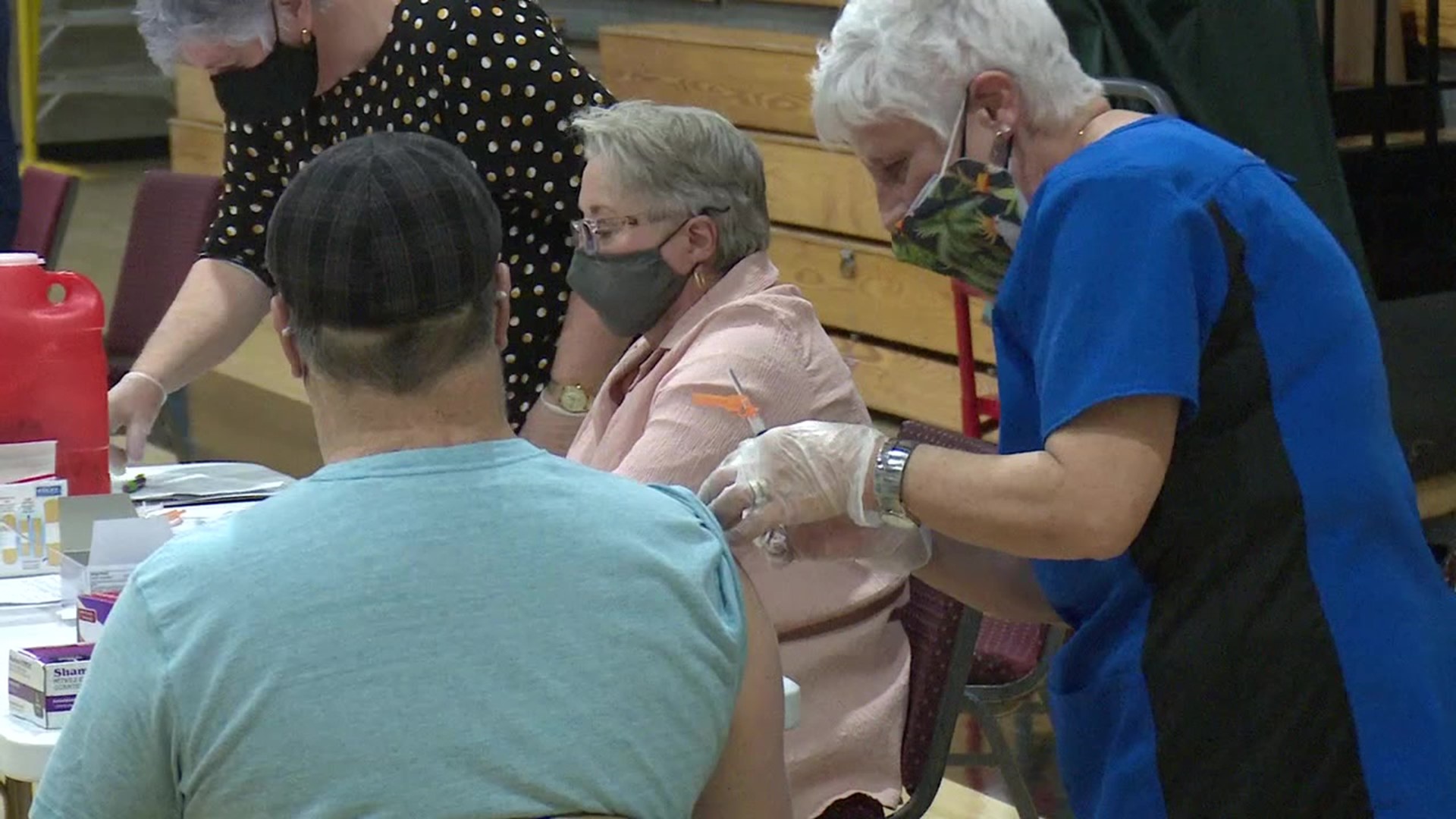 THROOP, Pa. — Hundreds of people came out to the Throop Civic Center to get their much-needed second vaccine doses.

There were health care workers, first responders, and those 65 and older.

This clinic is overseen by pharmacist Eric Pusay from Medicap Pharmacy in Olyphant.

Typically, the clinics have been held here on Saturdays.

However, these folks all got their first shot on January 16 and were set to get their second on February 13.

With the vaccine shortage, those second shot clinics were pushed back.

But just in the nick of time, the second dose arrived.

Volunteers rushed to put this together.

"The second doses can be given between a range of 23 or 42 days. And after that 42 days, there's still some questions whether patients have to start the series over again,” said Pusay.

"I was panicky; I really was panicky because nobody could tell me what do you do after the 42 day. So I'm thrilled,” said Fran Ruvolo from Scranton.

There was another second dose vaccine clinic scheduled at the Throop Civic Center for Saturday, but that was moved to March 6.

With the vaccine shortage, that date could also change.

Michelle Bullington is a member of the Throop Hose Company #1; she's happy to have her shot but not the stress waiting for it to come.

If you are scheduled for a vaccine shot with Medicap Pharmacy, check its Facebook page for any updates or cancellations.