The drive-thru clinic is going on at Harrisburg Area Community College. 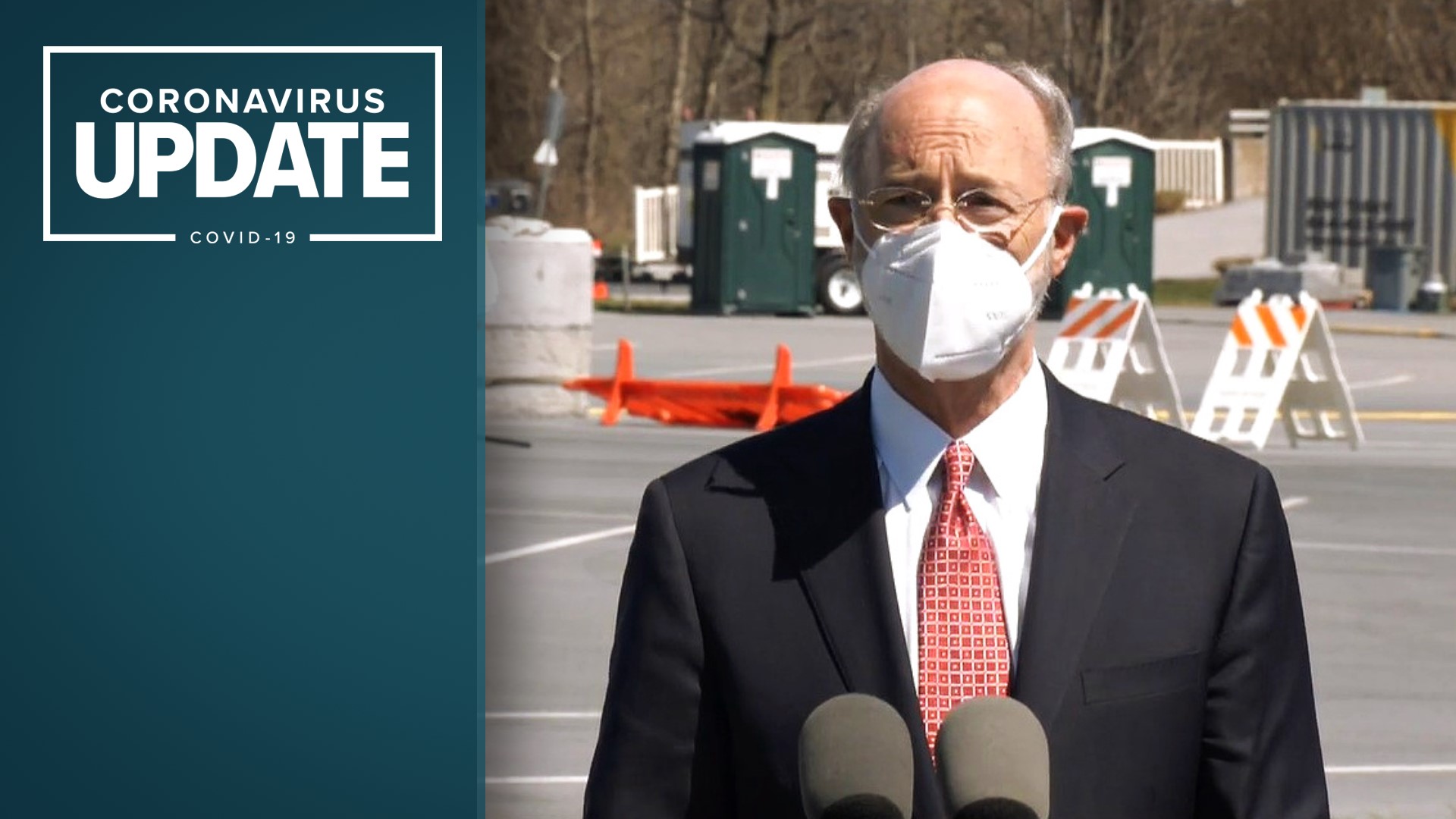 HARRISBURG, Pa. — Gov. Tom Wolf toured a vaccination clinic outside Harrisburg on Tuesday, noting the progress the state has made in providing shots to residents.

According to the CDC, as of Tuesday morning, March 30, Pennsylvania is ranked 12th in the country in terms of the percentage of the population that has received at least one dose.

The drive-thru clinic at Harrisburg Area Community College was developed in partnership with UPMC Pinnacle and Dauphin County.

This drive-through site can perform 1,000 vaccinations per day. Pennsylvanians can make an appointment to get their shot and wait the 15-minute monitoring period without ever leaving their car. pic.twitter.com/gLOUCH27NJ