The couple's son is in Macon and has been keeping in contact not only with his parents but also with two nephews who have been kept on the ship. 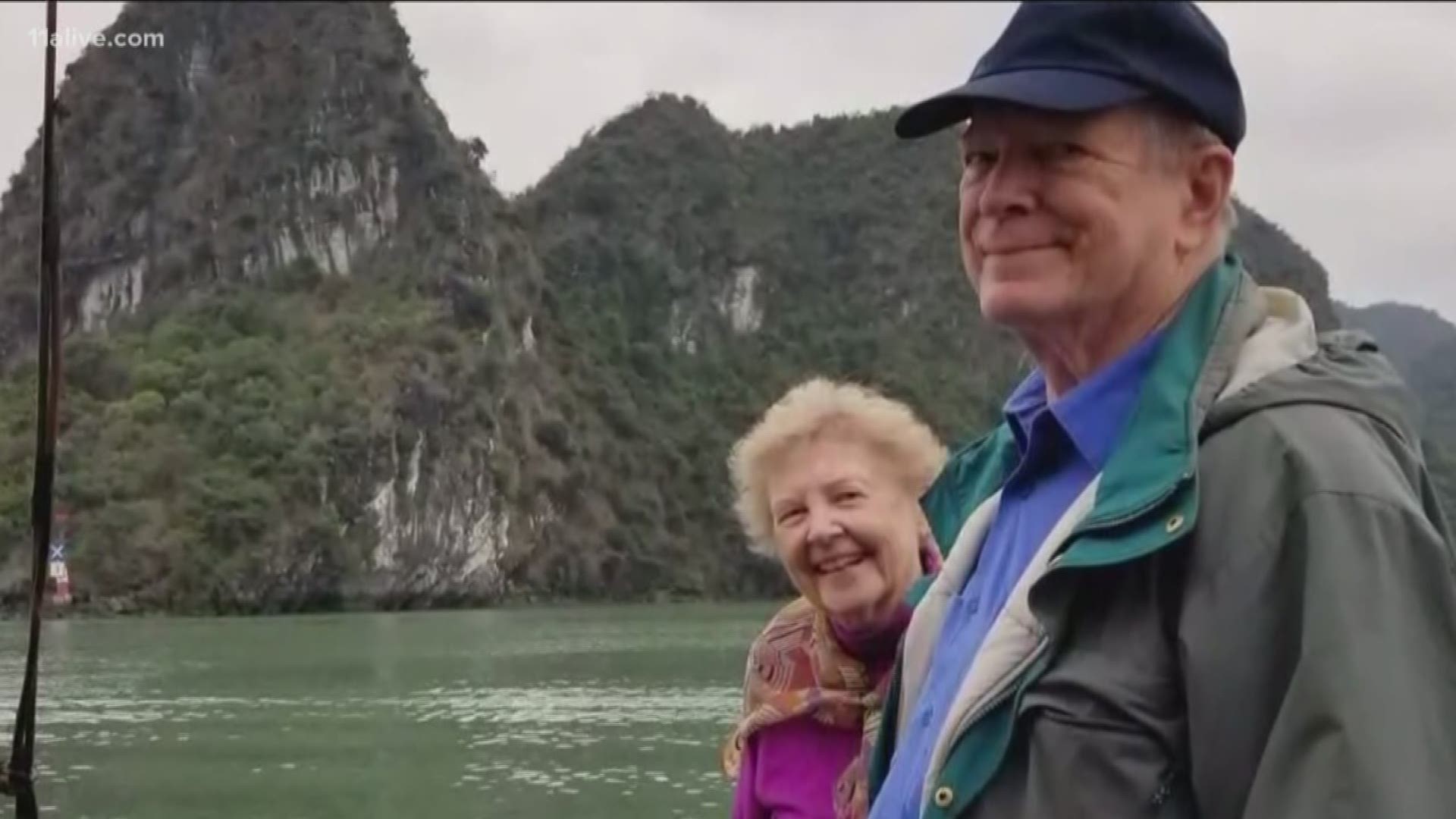 MACON, Ga. — Hundreds of Americans are still stuck in Japan due to a cruise ship where many tested positive for coronavirus.

And that includes one Atlanta couple.

David Smith said his parents are still in the hospital in Japan after testing positive for the virus and two of his nephews are being quarantined on the ship.

NBC News reports that 285 people have tested positive on the ship so far with 67 new cases in the last 48 hours.

Among the hundreds of Americans who are quarantined in Japan due to the outbreak on the Diamon Princess are Clyde and Renee Smith. It's been 11 days since it began.

David lives in Macon and said his parents are doing as well as they can be right now - even though they're still in a Japanese hospital due to the virus.

He said that even though it seems his parents are doing well, it's not likely they'll be on flights to come back to the U.S. on Sunday.

"It does not look likely that they'll be on this charter flight, so we're not sure when they'll be able to come back to the United States," David said.

Two U.S. government planes are flying back healthy passengers. Those passengers will be tested for the virus before they get on the flight, during the flight and after they land in California.

Smith said his two adult nephews are also in Japan but they're still on the ship. He said they haven't been tested but also haven't shown symptoms so far.

So he said it's also unclear whether they'll be on the flight home or not. Right now, Smith said he's just relieved to be able to talk to everyone and keep up with how they're doing day-to-day.

"Definitely, extremely worried when this all first started, but now that we've been able to talk to them, hear their voices, that they're doing well, I'm feeling much better now," David said.

Smith said his parents have been in touch with the U.S. embassy about this as well. According to NBC News, if passengers choose not to take the planes, the U.S. State Department said they won't be able to return to the U.S. for "a period of time."

They were supposed to be celebrating adoption day, but the coronavirus halted plans.

She's in Atlanta. Her sons' father is in China. 'They're emotionally drained' over coronavirus concerns

Did Lysol already know about coronavirus and can its products really fight it?

VERIFY: Can coronavirus be spread by packages shipped from China?