Rescheduling Halloween Due to Rain

POTTSVILLE, Pa. — The skies above Pottsville’s Safe Trick or Treat were gray, but the sidewalks downtown were full with people in colorful costumes. This ... 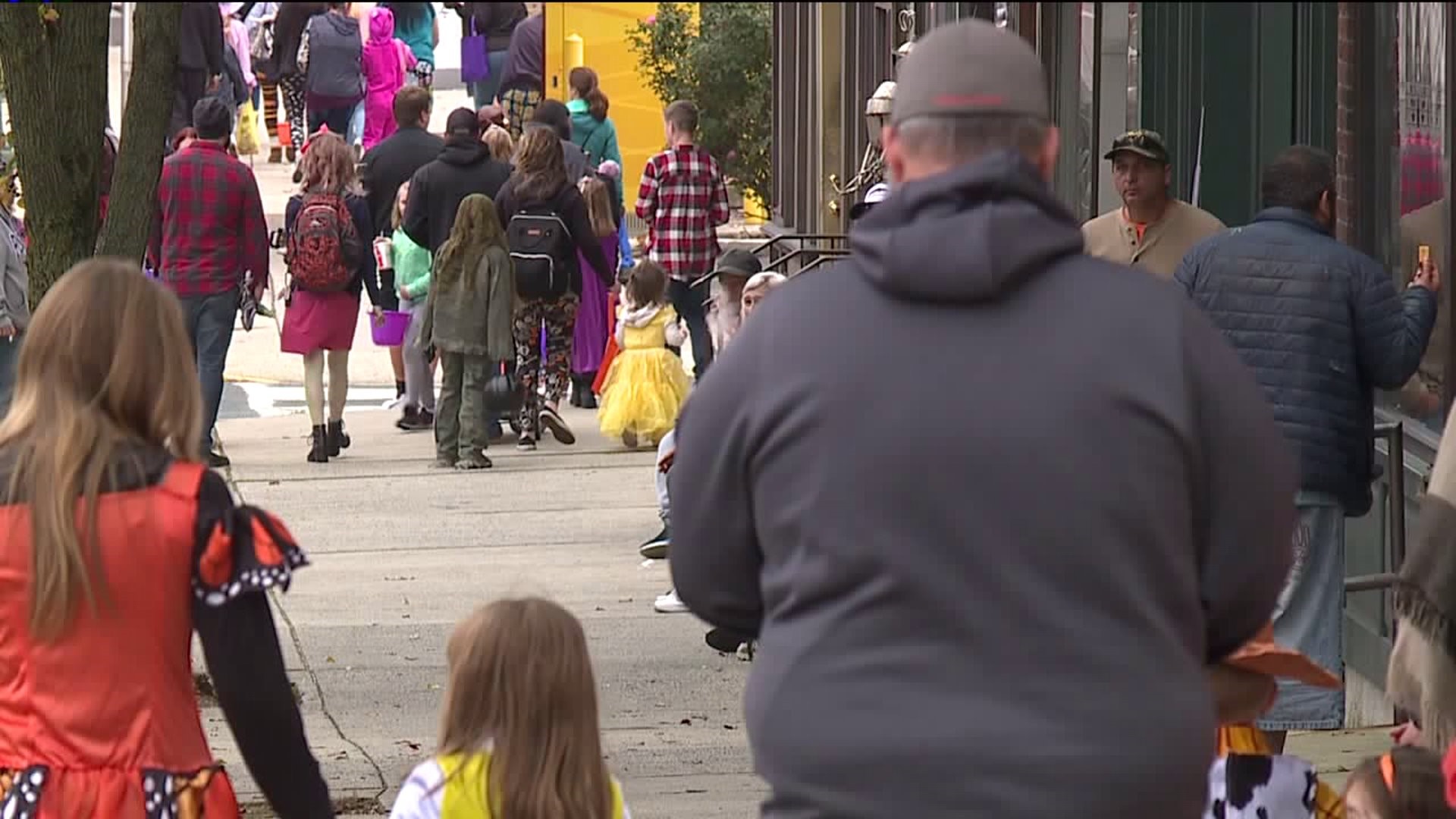 POTTSVILLE, Pa. -- The skies above Pottsville’s Safe Trick or Treat were gray, but the sidewalks downtown were full with people in colorful costumes.

This Halloween tradition is usually celebrated on Halloween night, but to save these kids from the forecasted heavy rain, Safe Trick or Treat was rescheduled to Wednesday night.

“It was really good. The kids get a chance to go out and trick or treating without getting poured on, so it's wonderful,” Sara Siro of Pottsville said.

Stores all along North Centre Street were handing out candy to these cute kids.

It drizzled here and there, but parents say they'll take Wednesday night's sprinkles over the anticipated soaker on Halloween night.

“I'm glad it's not raining. This is her second-time trick or treating so, she's actually getting the hang of it now, and she's really happy like I am!” Shirley Thomas of Pottsville exclaimed.

Merchants were relieved this Halloween tradition was rescheduled because the event is great for business.

"There's plenty of people who came in that didn't even know we were here. A lot of businesses stay outside, and we want people to come in, so our candy is inside. This is just amazing. There are hundreds and hundreds of kids,” Marketplace owner Stephanie Pacovsky said.

With thousands of people coming to downtown Pottsville to trick or treat, Newswatch 16 saw some very creative costumes.

“Well, I really don't know. I just decided to make something cool, so I wanted to be a claw machine,” Abby Heiser of St. Clair said.

Sisters from Mt. Carmel came dressed as Ying and Yang!

“We thought we should do something because we've never actually done anything that's sister-related,” Alexis Boehmer said.

“Everyone thinks twins even though we're like three to two years apart,” added sister Dakota.

The kids got a treat, and parents avoided what would have been a trick, getting drenched on Halloween night!