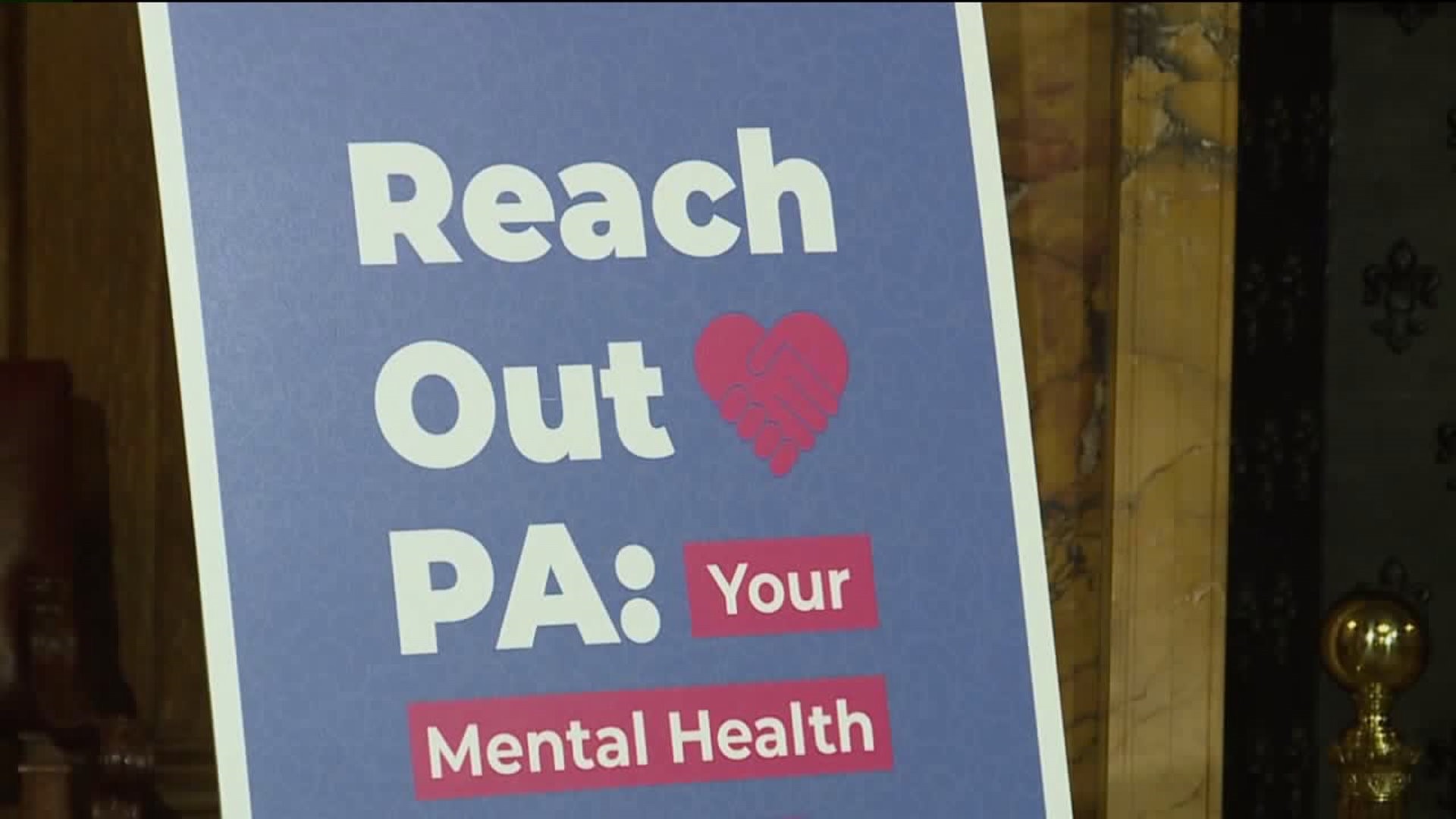 "We all know at least one Pennsylvanian who is struggling with something like hopelessness or anxiety or anger or depression."

Gov. Wolf is meeting with officials from all over the state to talk more openly about mental health problems, trying to stop the stigma.

The governor also plans to add more mental health officials and services across the state, especially in schools.

As part of the campaign, Wolf wants health insurance companies to treat mental health the same way they treat physical health by providing those companies incentives to treat both.

"If somehow he can do that without raising taxes, and I mean we can't even cover health insurance now for medical problems let alone mental problems so I don't know where you come up with the money but in a perfect world, it would be great," said Brian Angeli of Wilkes-Barre.

A study found that in 2015, a million adult Pennsylvanians struggled with psychological problems and of them, nearly half did not get help because they could not afford it.