Funeral procession for a fallen hero

Volunteer firefighters took part in a one of a kind funeral procession for a beloved member of Eagle Hose Company. 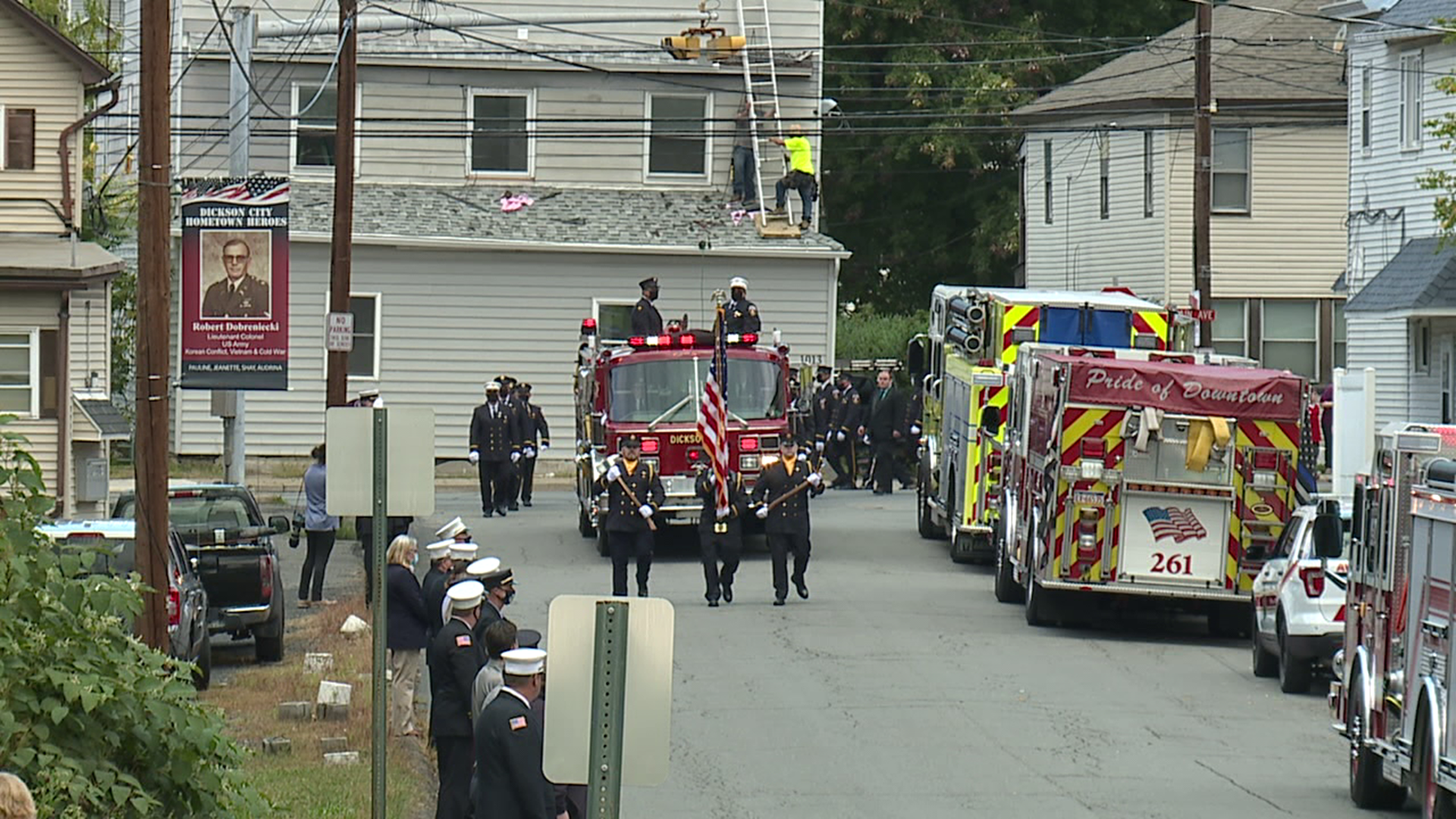 The company's members followed closely behind.

It was a final run for a beloved member of the fire department.

Volunteer firefighters from across Lackawanna and Luzerne County took part in the funeral procession through Dickson City.

"It's very emotional, but it's also nice to see the camaraderie, getting everybody out, getting together, it's just sad that it has to be for this situation," said Eagle Hose Co. President Richard Chowanec.

Eagle Hose Co. lost firefighter William MacCallum suddenly last week. He served in the department for more than 30 of his 51 years.

Much of Bill's family, including his two sons, are also volunteer firefighters. Organizers told Newswatch 16 the procession was to show them the support they have.

The funeral was streamed live online. During the eulogy, Bill's brother told mourners that Bill's most heroic acts he kept to himself.

Bill organized an effort to search for fallen firefighters at ground zero after 9/11.

"Bill led the hero's search for the other heroes, and Bill is our hero today," said Bob MacCallum.

Members of the Dickson City community came out to watch the procession through town.

"I felt like I had to pay my respects," said Scott Barrett.

Barrett felt it was something everyone, not just firefighters, should appreciate.