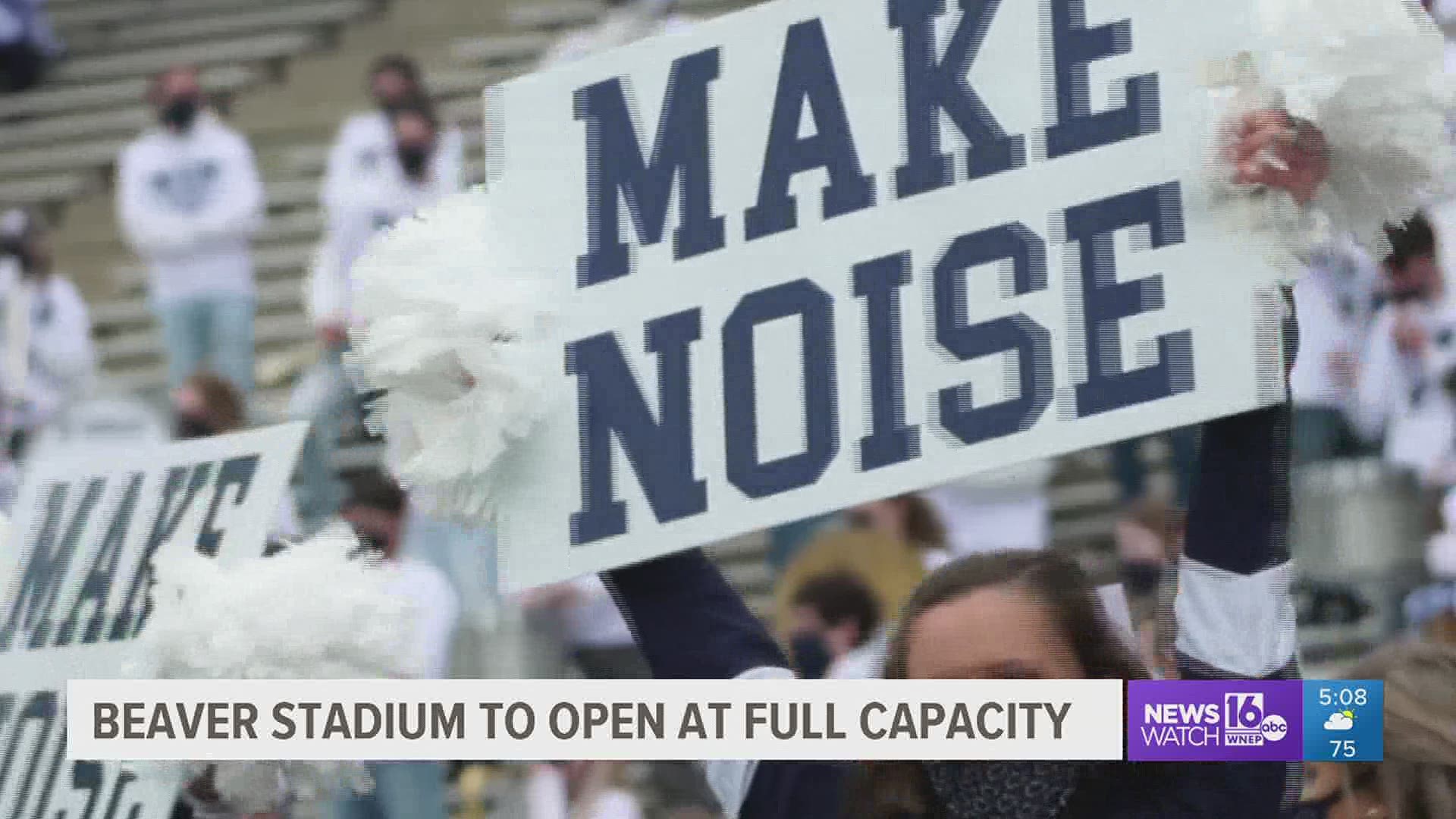 STATE COLLEGE, Pa. — Beaver Stadium will be full of fans when the Nittany Lions return to the field in the fall.

Penn State announced a return to full capacity at the stadium and other athletic facilities for the 2021-2022 academic year.

Penn State will follow CDC and university guidance, requiring unvaccinated fans to wear masks inside University buildings at all times even after June 28th, the day Governor Wolf is planning to lift the mask order.

The University also announced, “A return to our traditional pre-game festivities to include tailgating, team arrival, and traffic patterns.”

Penn State football's first home game will be on September 11 against Ball State.