MILL HALL, Pa. — Super Bowl 54 is about two weeks away. We know fans in part of our area will be watching closely when an alumnus from Clinton County take... 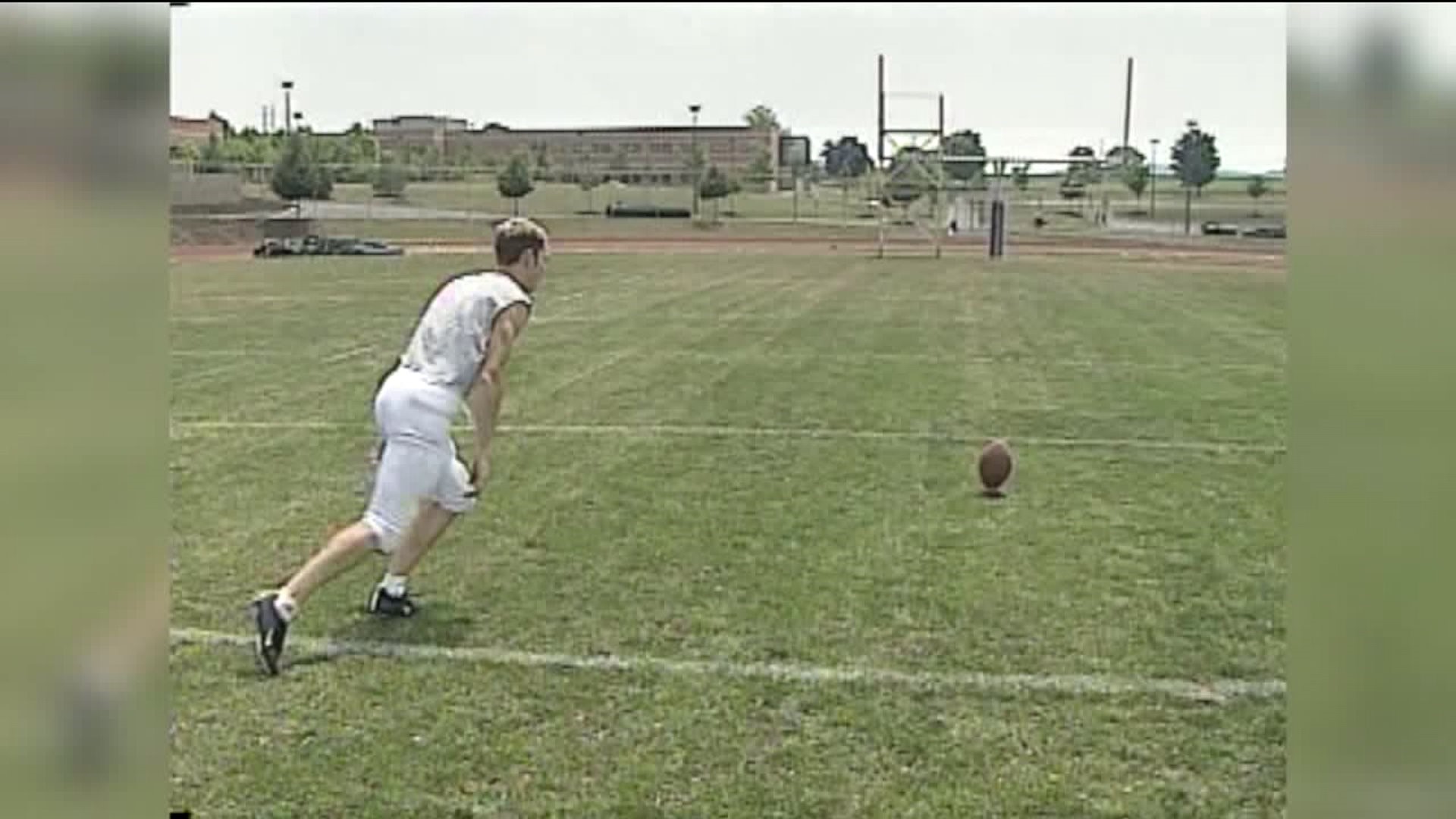 MILL HALL, Pa. -- Super Bowl 54 is about two weeks away. We know fans in part of our area will be watching closely when an alumnus from Clinton County takes the field as the kicker for the 49ers.

Robbie Gould is a former Penn State Nittany Lion, and in just two weeks, he will suit up to play in the Super Bowl, but before he makes his appearance in Super bowl 54, we decided to go visit Clinton County where Gould began the journey that has led him to the San Francisco 49ers.

Gould has been kicking field goals and extra points in the National Football League for 15 years, and on February 2, he will get his second crack at winning a Super Bowl. Gould is getting ready for one of the biggest games of his long career, a career that started at Central Mountain High School in Mill Hall.

“Robbie was the first guy we had that could play two sports at the same time and still have great grades and be a tremendous person," said Mike Packer, Robbie’s high school football coach.

“He was an awesome academic student. He always did well in my class. He was a goal setter, and when you set goals, you can achieve anything, and I think that carried over into sports," said Kelly Baker, one of Robbie’s former teachers.

Gould's jerseys and pictures can be found all around the school. His high school coach says Robbie has always had a special talent.

“I can remember in high school where he kicked what I believe was a 48-yarder in a game for us, and he was good, to begin with, and he is even better now," Packer said.

Not only did Robbie leave a lasting impression on his teachers and coaches, but he is also a role model for the current football team.

“Coming from your high school, you know, obviously you can relay to the kids that anything is possible, come from a small town, work as hard as you can, then you can reach your goals and reach your dreams," said football coach James Renninger.

“He's just someone that you look up to, you know, an NFL player coming from your high school in the same position," said Central Mountain kicker Trey Gentzel.

The San Francisco 49ers meet the Kansas City Chiefs in Super Bowl 54. That game is set for February 2.