Folks Flock to the Farm Show

HARRISBURG, Pa. — It can be a bit overwhelming walking into the Pennsylvania Farm Show in Harrisburg. With more than 6,000 animals and 10,000 exhibits, it... 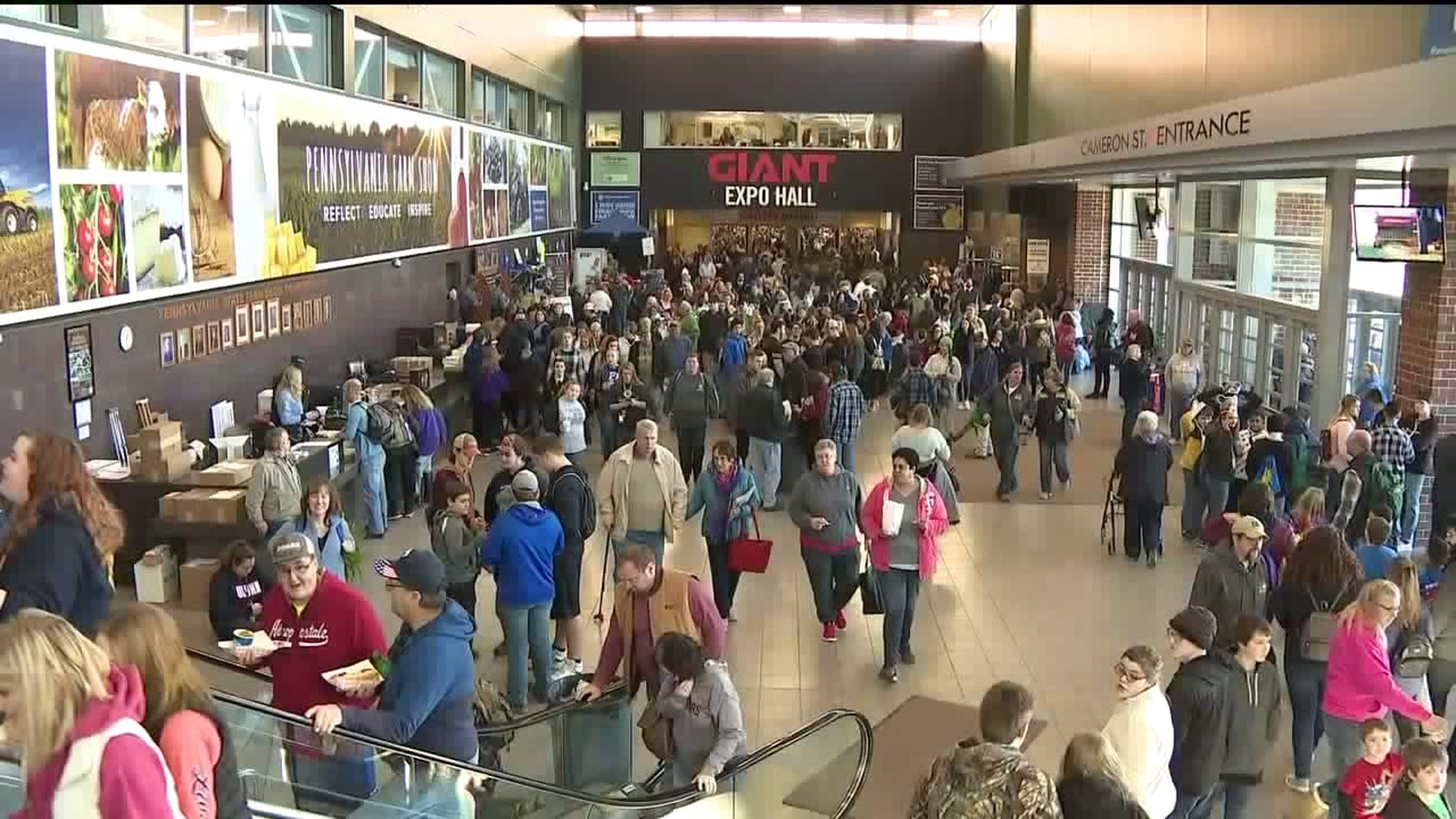 HARRISBURG, Pa. -- It can be a bit overwhelming walking into the Pennsylvania Farm Show in Harrisburg. With more than 6,000 animals and 10,000 exhibits, it's hard to see it all in one day, but Bill and Margaret Diehm of Jim Thorpe tried.

"The wine tasting, the cheese, the animals, of course," Bill Diehm said.

This was the couple's first time at the farm show.

"There's a lot of things to see and do. This place is huge. I didn't think it was this big."

The theme of this year's Farm Show is "Imagine the Opportunities."  The event showcases Pennsylvania's agriculture industry and the people who make it thrive. It's an up-close look at how our food goes from farm to fork.

"I grew up on a farm, so we like to see what's new," Carol Phillips said.

But the farm show is about much more than farming. This year's show features new exhibits including a waterfowl habitat with ducklings.

My favorite thing at the farm show. Even more than the milkshakes 😍 @WNEP pic.twitter.com/1w0ERGiQfR

A lot of people tell Newswatch 16 their favorite part about coming to the farm show is the food, especially the milkshakes.

The food court has plenty of Pennsylvania products like potatoes.

"We do the baked potatoes, the french fries and the potato donuts," Rahn Troutman said.

The Pennsylvania Cooperative Potato Growers are from all over the state but most of these workers are from Northumberland County.

"My family has been managing the booth for the Pa Potato Growers. This is the 47th year, so this is a big family affair," Troutman said. 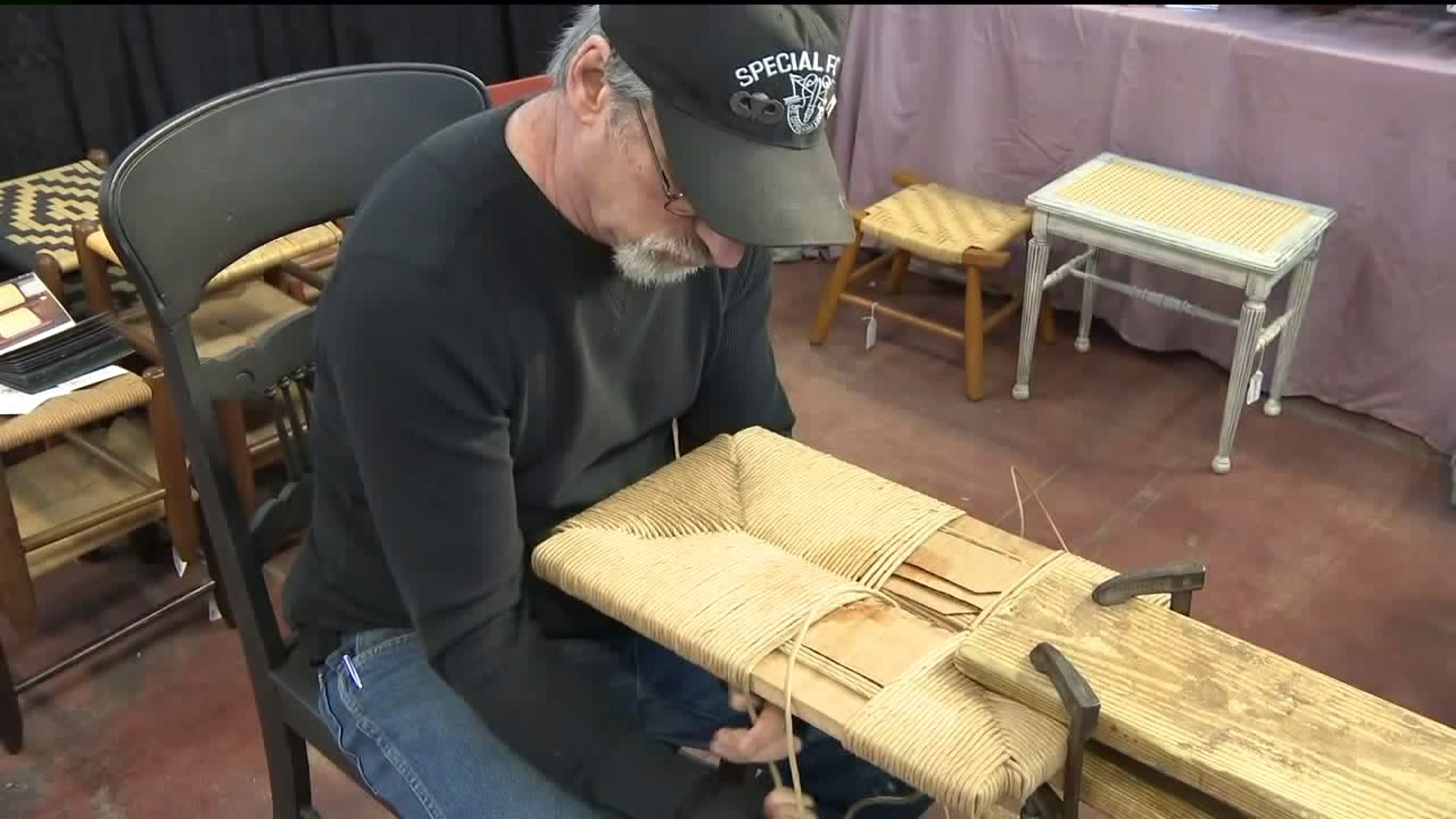 There are more than 6,000 animals at the Pennsylvania Farm Show. Many of them were raised by people from northeastern and central Pennsylvania.

The Smith family owns Jackson View Farms in the Stroudsburg area. It's their eighth year showing beef cattle at the farm show.

"It's crazy but it's a lot of fun. I think it's a good experience, especially for the youth. I'm glad my girls are old enough to take part in it," said Jennifer Smith.

Dennis Erdman of Herndon has been bringing his peacocks here for 24 years.

"It's enjoyable to show the kids there are alternative types of farming. For a young person to get into farming today, the cost is astronomical," said Erdman.

The Farm Show is the largest indoor agricultural exposition in the nation, featuring nearly 12,000 competitive exhibits and 300 commercial exhibits.

Admission is free. There is a $15 parking fee at all Farm Show Complex-operated lots.