POCONO TOWNSHIP, Pa. — As night fell, fire crews continued to fight the flames that rose from the pile of rubble that was once a part of Pocono Manor. The... 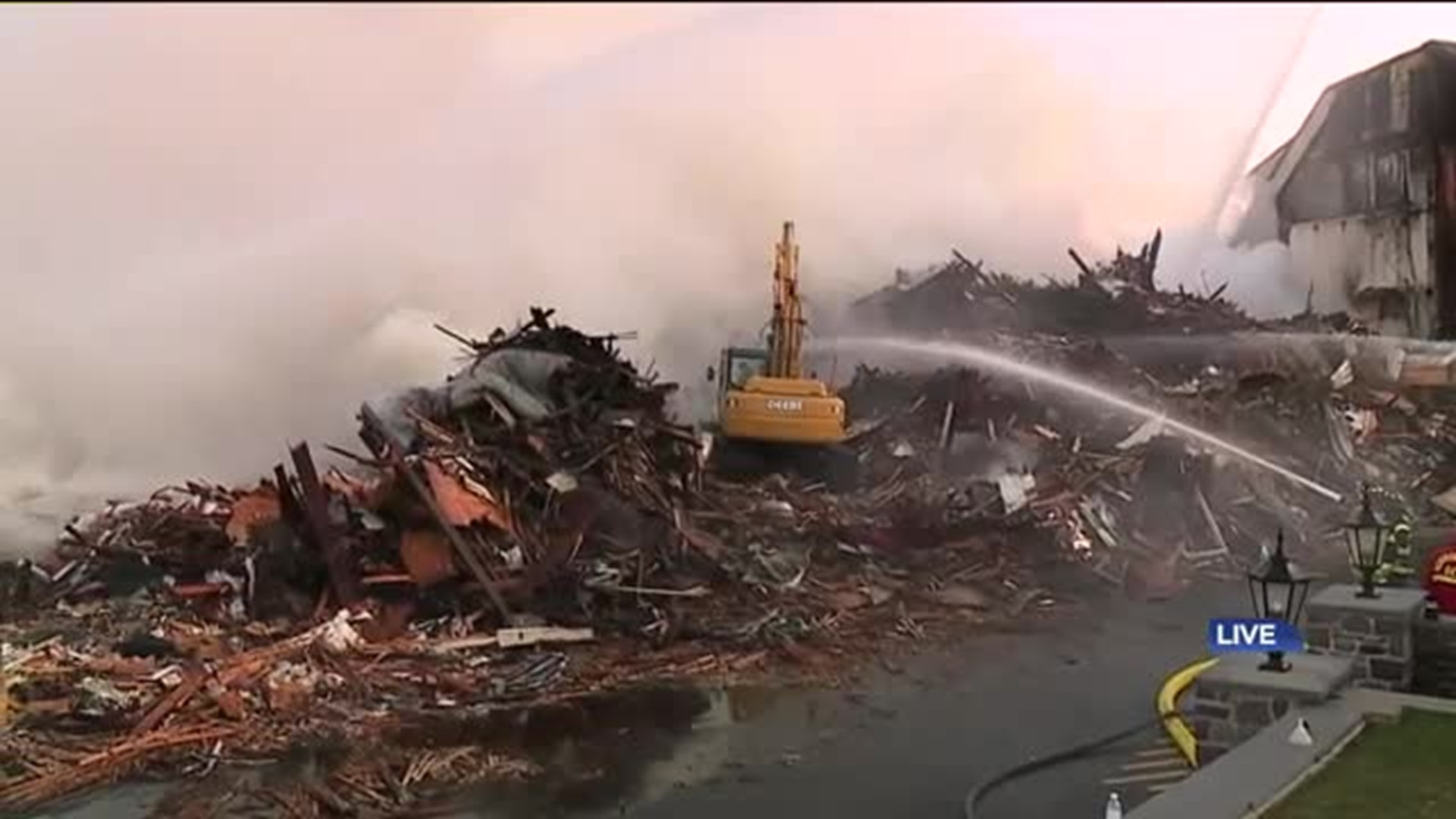 POCONO TOWNSHIP, Pa. -- As night fell, fire crews continued to fight the flames that rose from the pile of rubble that was once a part of Pocono Manor.

The blaze broke out around six in the morning and quickly it tore through the 117-year-old landmark resort.

Samya Darwish is the banquet manager at the resort and was inside when it started.

One heartbreaking moment for those who came to watch: seeing the iconic clock tower come tumbling down.

Sharon and Tom Paff live in one of the cottages circling the hotel.

“It’s devastating, he grew up here in the summers,” said Sharon of her husband. “Horrible. It’s sad, nobody got hurt, that’s a blessing, so far. The firemen have been amazing.”

“My grandparents bought a house back in the '40s and we’ve been coming up ever since then,” said Tom. “I grew up here, a little kid. I worked here, it’s been a great place, it’s sad to this, it really is.”

Now the resort industry in the Poconos is snapping into action to help.

Great Wolf Resort General Manager Bill Colavito says anything those at Pocono Manor need, they’ll offer it to them.

“Their sales team, we asked if they wanted to put their sales team over here to just kind of figure out things, I said no problem, whatever we need to do,” said Colavito.

This fire comes as Pocono Manor was set to close at the end of this month for a two-year renovation project. Now the hope is the resort can rebuild.

“That’s our hope, hope and a prayer but it’s a grand old lady,” said Sharon.

The fire chief says four firefighters were briefly trapped inside the building after their exit was blocked when a ceiling collapsed but was able to get out on their own.

A state police fire marshal will investigate the fire’s cause.