ARLINGTON, TEXAS — Before the game even started it was pretty clear the saying, “Everything is Bigger in Texas” would prove to be true at the ... 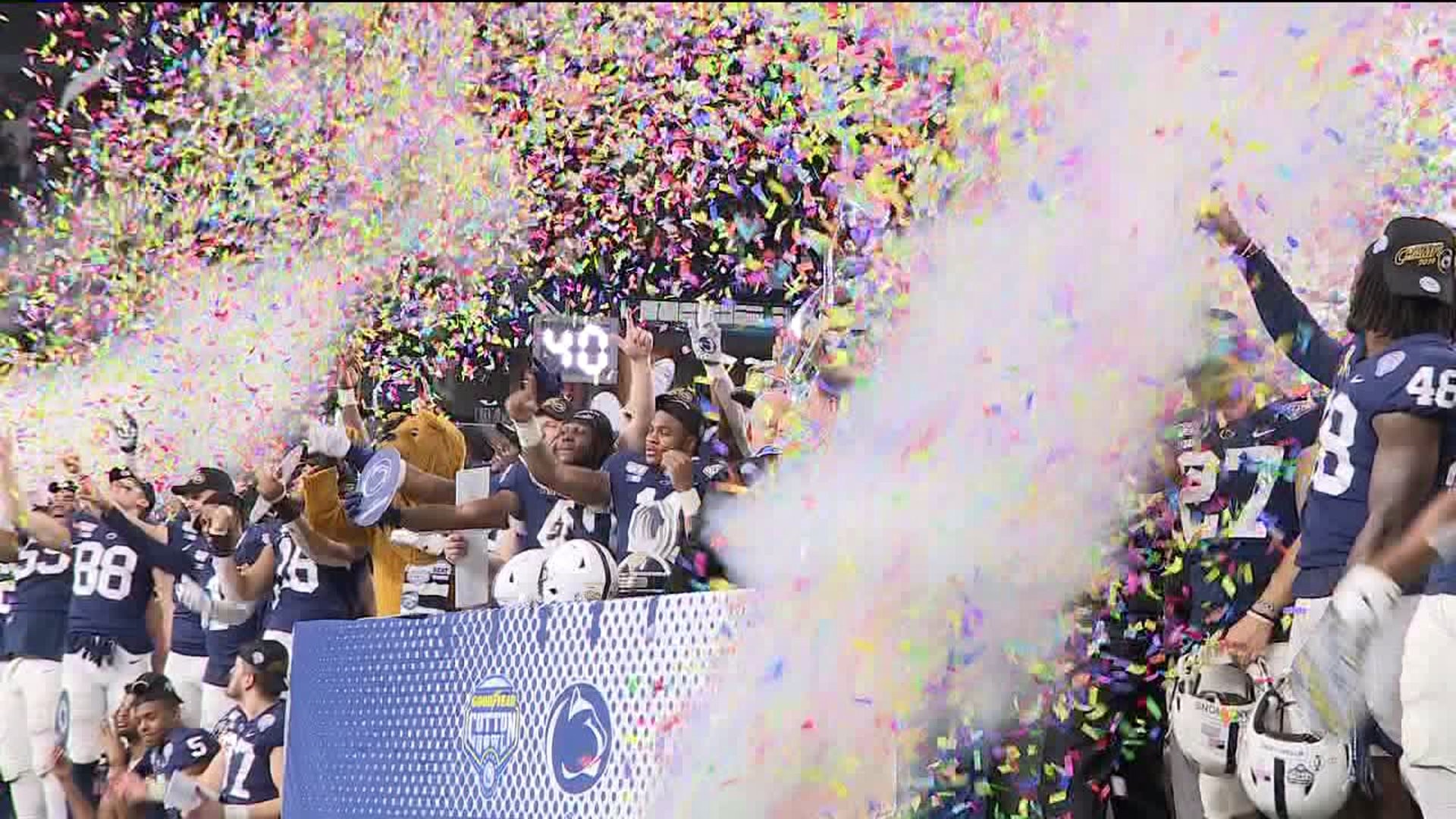 ARLINGTON, TEXAS -- Before the game even started it was pretty clear the saying, "Everything is Bigger in Texas" would prove to be true at the Cotton Bowl.

Penn State came to put on a show at the AT&T Stadium.

It started with the blue band taking the field under the stadium's iconic video board.

The home of the Dallas Cowboys became the home of the Nittany Lions versus the Memphis Tigers but teams ready to roar, inside this massive space.

"This is the nicest football stadium I've ever been too, it's amazing," said Nick Tarone of Hazleton.

"This is unbelievable, you just can't fathom what it looks like unless you are actually inside," Lake Winola's Bill Waters said. "The roof and the jumbotron, it's really terrific."

But pretty quickly the stadium wasn't the show the game was.
The two teams putting up score after score, a Texas shootout.

"The scoring has been nuts absolutely, we have to play some defense," Williamsport's Todd Kelley said.

"I did expect it to be a good game so I'm getting what I paid for," Linda Loss of New Columbia explained. "A little nervous though, yes, yes a little nervous."

Just a minute after Loss was interviewed one of the biggest plays of the game happened, an interception for a touchdown that had her and all Penn Staters here going wild.

"What about this environment though? It's amazing," Jordan Kelley of Williamsport said. "We brought Beaver Stadium near Dallas."
And the points just kept on coming; it's the highest-scoring Cotton Bowl in history and that has made the stadium more electric and fans getting even more of a thrill.

"I didn't expect it to be like this," said Scranton resident Rick MacDonald. "I know Memphis has had a good offense all year, but, Penn State, we're scoring more points, it's all that matters, let's get the win."

When it was clear they would win a Texas-style Penn State party broke out.

"Oh, it was an awesome game, on pins and needles, but we came through with the victory," said Scott Matten of Pottsville.

The Nittany Lions are Cotton Bowl Champions and that sure has fans who made the trip leaving quite satisfied.

"It was a really good game," Ed Robinson of Kreamer said. "Really good, and for being only my second Penn State game, it was really good."

"Oh, it was just an awesome game, what an incredible experience," Chuck Rinaldo, Pottsville resident, said. "A  great Penn State victory and that's what we came down to see."