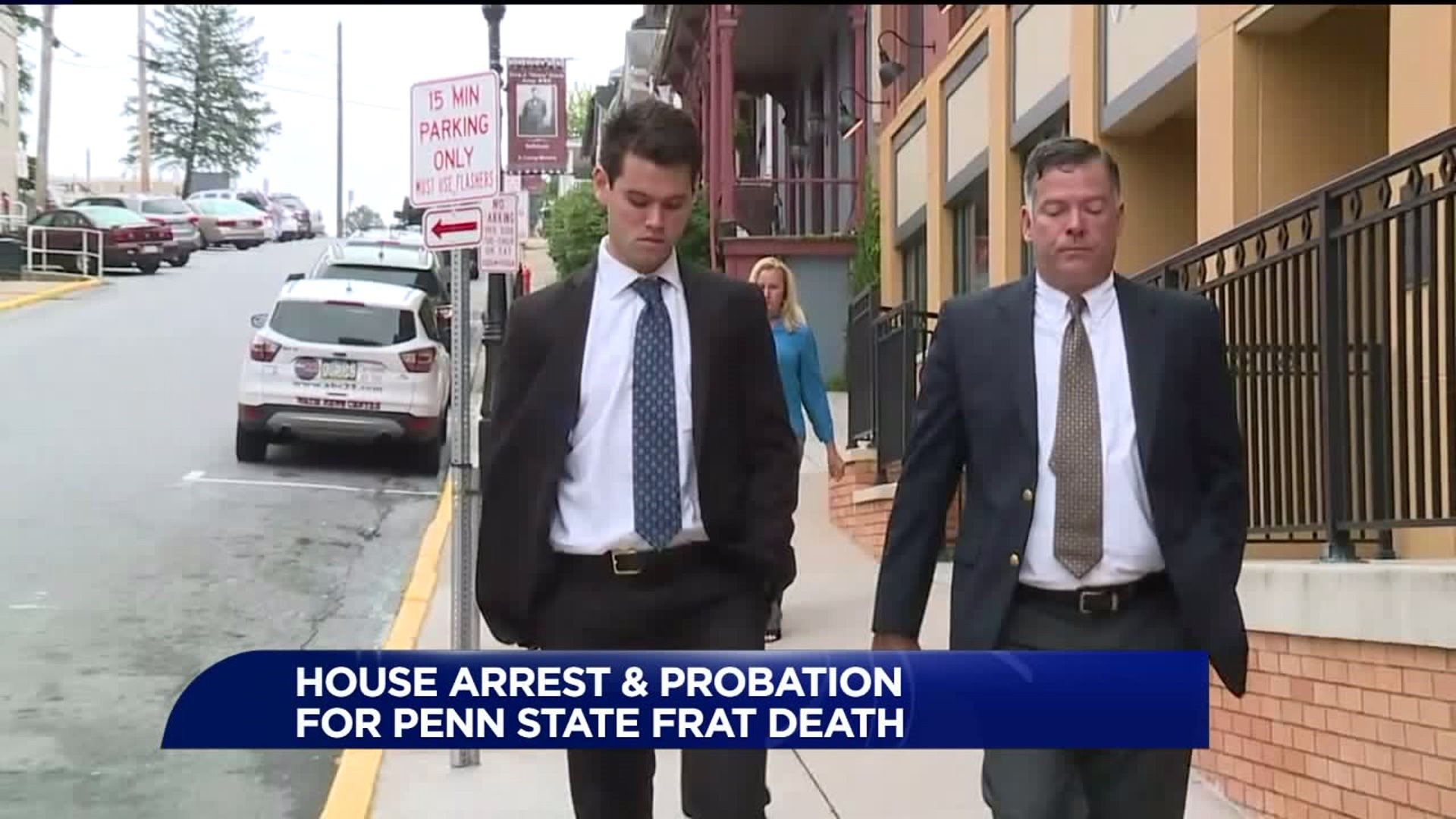 Ryan Burke, 21, of Scranton, was sentenced to 27 months probation and three months of house arrest.  Burke also faces 100 hours of community service and thousands of dollars in fines.

Piazza, 19, died after a night of heavy drinking and several falls.

Burke was the first of more than 20 members of Beta Theta Pi to plead guilty to charges.

Burke admitted to hazing Piazza and giving him alcohol the night Piazza fell.

In court, Piazza's parents gave moving testimony when talking about the loss of her son. Evelyn Piazza told the court, "This is hell. I'm still not on speaking terms with God."

Piazza's father Jim told the court he can no longer look at pictures of Timothy or go into this son's bedroom.

Piazza also said he was glad Burke pleaded guilty to hazing but was unsure of his sincerity.

Burke was apologetic, telling the court he accepts responsibility.

"We couldn't let the emotion of this case obscure the critical facts and the facts are that Mr. Burke is an all-American kid and Mr. Piazza was the all-American kid and this was a celebration and a rite of passage. We understand there will be changes going forward with how fraternities conduct themselves and the bid acceptance process," said Burke's attorney Philip Masorti.

Over a dozen other former fraternity members are set to be back in court for trial later this year.