A recent magazine article criticizes Governor Tom Corbett for his role in the firing of Penn State football coach Joe Paterno in the wake of the Jerry Sandusky ... 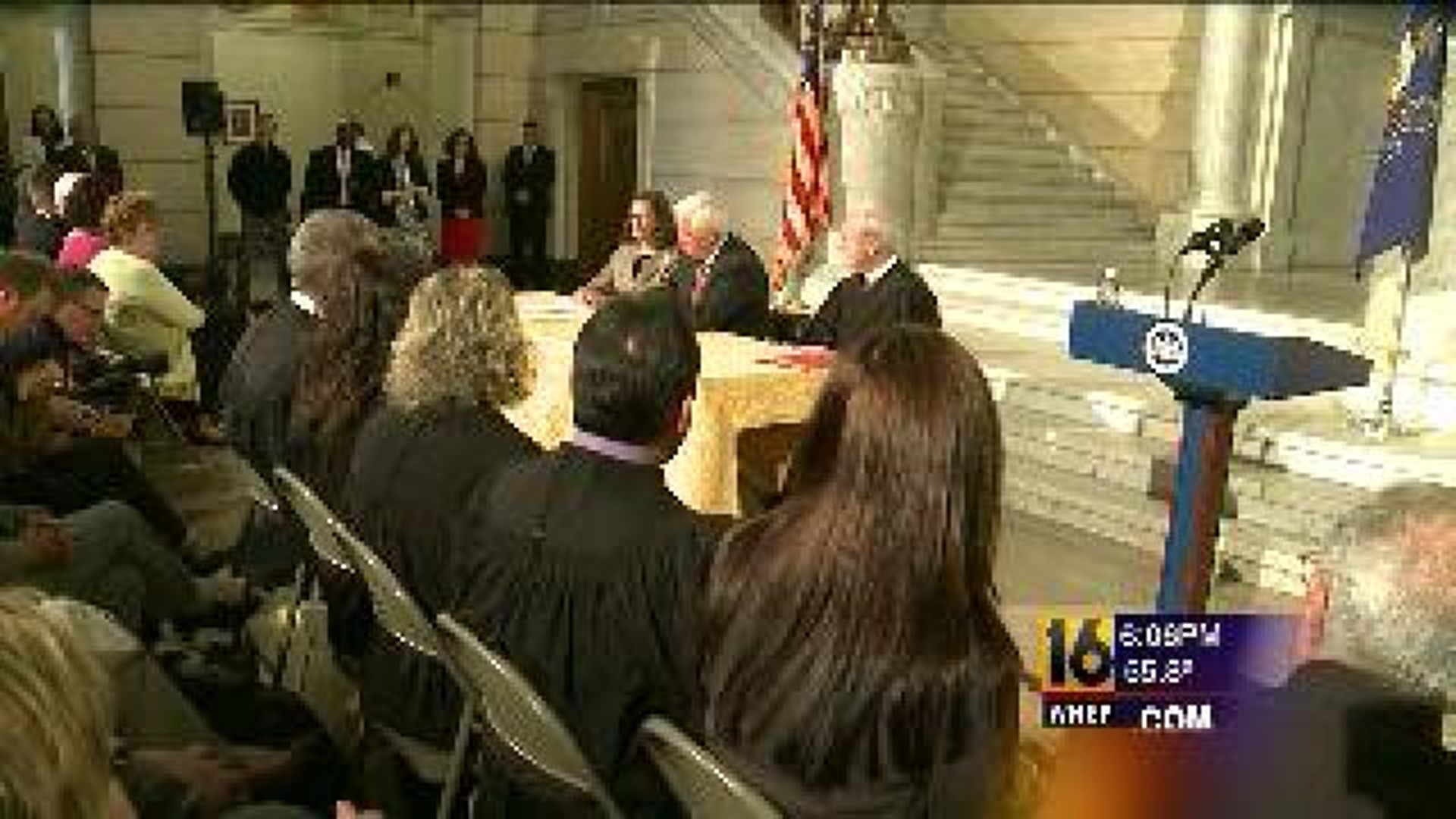 A recent magazine article criticizes Governor Tom Corbett for his role in the firing of Penn State football coach Joe Paterno in the wake of the Jerry Sandusky child sex abuse scandal.

The article published in "ESPN the Magazine" claims Governor Corbett took a lead role and took, "great pleasure and pride" in the firing of the legendary coach and former Penn State president Graham Spanier.

Paterno said he was told of one incident involving Sandusky and a young boy in the Penn State locker room showers in 2002.

Paterno told his superiors about it, but critics said he should have done more.

As governor of the commonwealth, Corbett is a member of Penn State's Board of Trustees.

According to the magazine, that's when Governor Corbett responded by speakerphone, "Remember the children. Remember that little boy in the shower."

The magazine suggests Corbett may have held a grudge because Paterno, a fellow Republican, declined to endorse his candidacy for governor.

The magazine also quotes unnamed witnesses who claimed the governor celebrated the firing.

It quotes former player Bob Capretto, a businessman who said he is a friend of the governor, who asked Corbett "Who told the board to fire Joe and fire Spanier?"

"And the governor said, 'I told them to do it.' He was proud of it,' Capretto is quoted as saying.

"There's a new gag order from Judge Cleland to all parties involved and that includes me, so I can't comment on anything now," Corbett responded Monday, "not on anything now."

Governor Corbett is referring to Monday's gag order from Judge John Cleland, the presiding judge in the Jerry Sandusky case.

Even though Newswatch 16 wanted to know about his role in Paterno's firing, the governor makes it clear he believes Paterno's dismissal is tied closely enough to Sandusky's case that he cannot make any public statement about it.