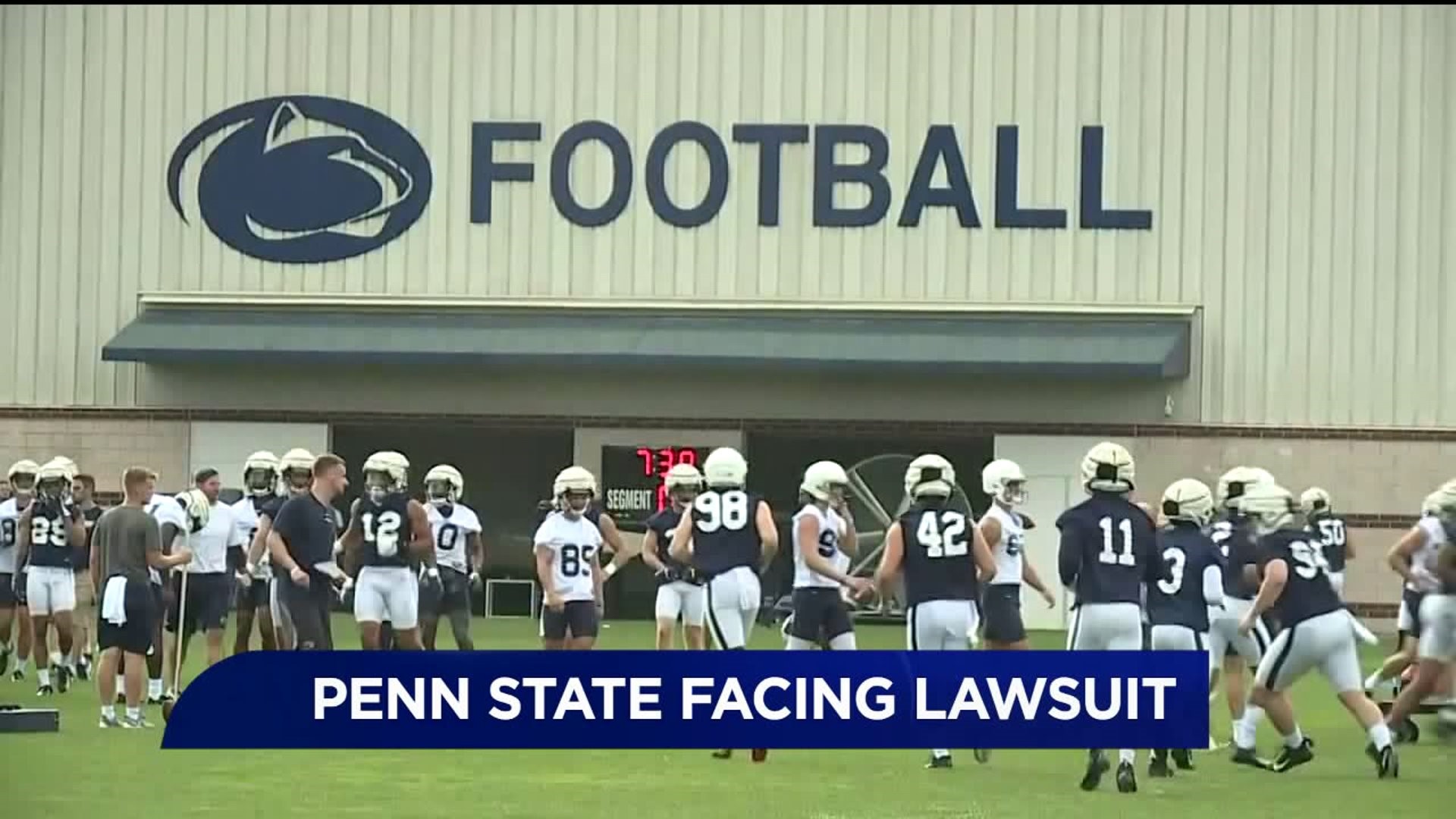 PENN STATE UNIVERSITY -- Penn State football coach James Franklin is defending himself and his program against a lawsuit filed Monday.

Coach Franklin addressed the lawsuit at his weekly news conference on campus, but he didn't say much more than what the university offered on Monday.

.@coachjfranklin addresses the media ahead of the Idaho game. pic.twitter.com/UGirybrvtE

Penn State football is just days away from the season opener against Idaho but a lawsuit filed against Franklin and the university has dampened the mood for some around campus.

Former Penn State team doctor and director of athletic medicine Dr. Scott Lynch is suing franklin and the university. Lynch claims Franklin attempted to influence and interfere with his medical management and return-to-play decisions related to players and says he was fired after reporting this information to university officials.

"We will continue to vigorously defend our program and all its participants in this matter. As always, the health and wellbeing of our student-athletes is of utmost importance to us, but after that, we will have no further comment," Franklin said.

The announcement of the lawsuit against Franklin and the school comes just before the 2019 season kicks off and students at the university were shocked to hear the news.

"It's a pretty big bummer, honestly, you know, I like know a couple people on the Penn State football team and I want to make sure they are OK before they start a game, you know. Injuries are a very real thing nowadays," junior Jordan Gerand said.

Some students, including the vice president of the football student section fan group Nittanyville, told Newswatch 16 they don't believe Franklin would do something like this.

"No, I don't think so. I've talked to Franklin a couple times very briefly at Nittanyville meetings and he seems like such a great guy. I can't see him doing something like that," said Bobby McFadden.

"No, definitely not. I think Franklin cares about the players very much, and it's definitely the doctor just not doing like what he is supposed to be doing, watching out for the players," said senior Cole Orent.

There are also former players who are defending Coach Franklin on Twitter.

There is no timetable for the lawsuit, and it is unknown if it will affect the upcoming football season.