The holiday display at the grave was this dying woman's last wish. 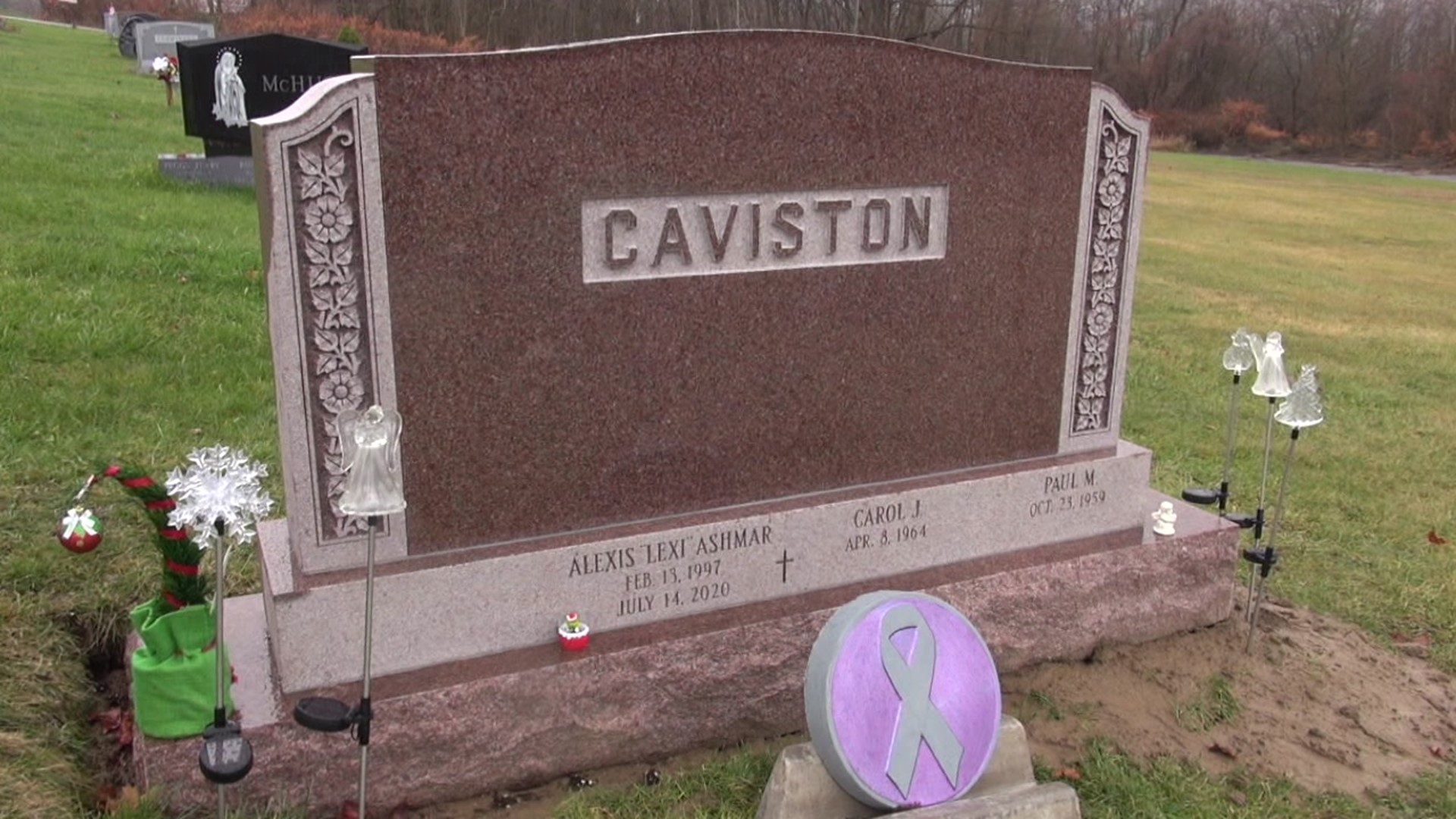 SCRANTON, Pa. — A family from Scranton told Newswatch 16 Christmas decorations they just had set up to honor the memory of their sister were stolen sometime over the holiday weekend.

And the family said they are not the only ones who were targeted.

The Caviston family from Scranton said since they discovered their Christmas decorations were gone, they have heard from several other families in the same boat.

The thieves stole a light-up display from the gravesite of Lexi Caviston-Ashmar. Lexi died earlier this year following a battle with brain cancer.

Lexi's family told Newswatch 16 the theft happened on the third anniversary of her diagnosis.

They said it felt like a punch to the gut when a friend discovered Monday that holiday decorations that had just been placed at Lexi's grave had gone missing.

"It was our one small ray of hope that we had, not even hope, but just, it brought us a little bit of peace to be able to decorate and give her that," said Morgan Caviston, Lexi's sister-in-law.

"We initially hoped that maybe the cemetery staff moved it to do some work around the stone because the stone was just put in. My dad took a drive over to check with the office, just hoping it was moved and we could get it right back. But, no, it was gone," added Lexi's brother, Ryan.

The display was something special- made by Lexi's husband, Josh. It was an homage to Lexi's obsession with The Grinch.

Lexi passed away this summer from a brain cancer called glioblastoma. She was only 23 and had just been married. She made her husband promise that her grave would always be decorated for her favorite holiday.

"You see it in movies and hear about it in books, people having last wishes, and think, 'Oh, that's a nice thing.' But it's really a real thing that people ask for. And making sure that the stone was decorated every year for Christmas was one of Lexi's last wishes," Ryan added.

The Grinch gave the Cavistons something to smile about during this difficult time. They have no idea why someone would take it, but they do have something to say whoever did.

"Just imagine if this was your loved one, how you would feel if your first holiday without them, a young 23-year-old girl, passing from brain cancer, and you stole her last wish," Morgan said.

The Cavistons reported the theft, and anyone with any information on what may have happened to the holiday display is asked to call Scranton Police at (570) 348-4130.