DUMORE, Pa. — Coach Jack Henzes is known for spending more than half a century on the sidelines of a football field. But over his long career in Dunmore, ... 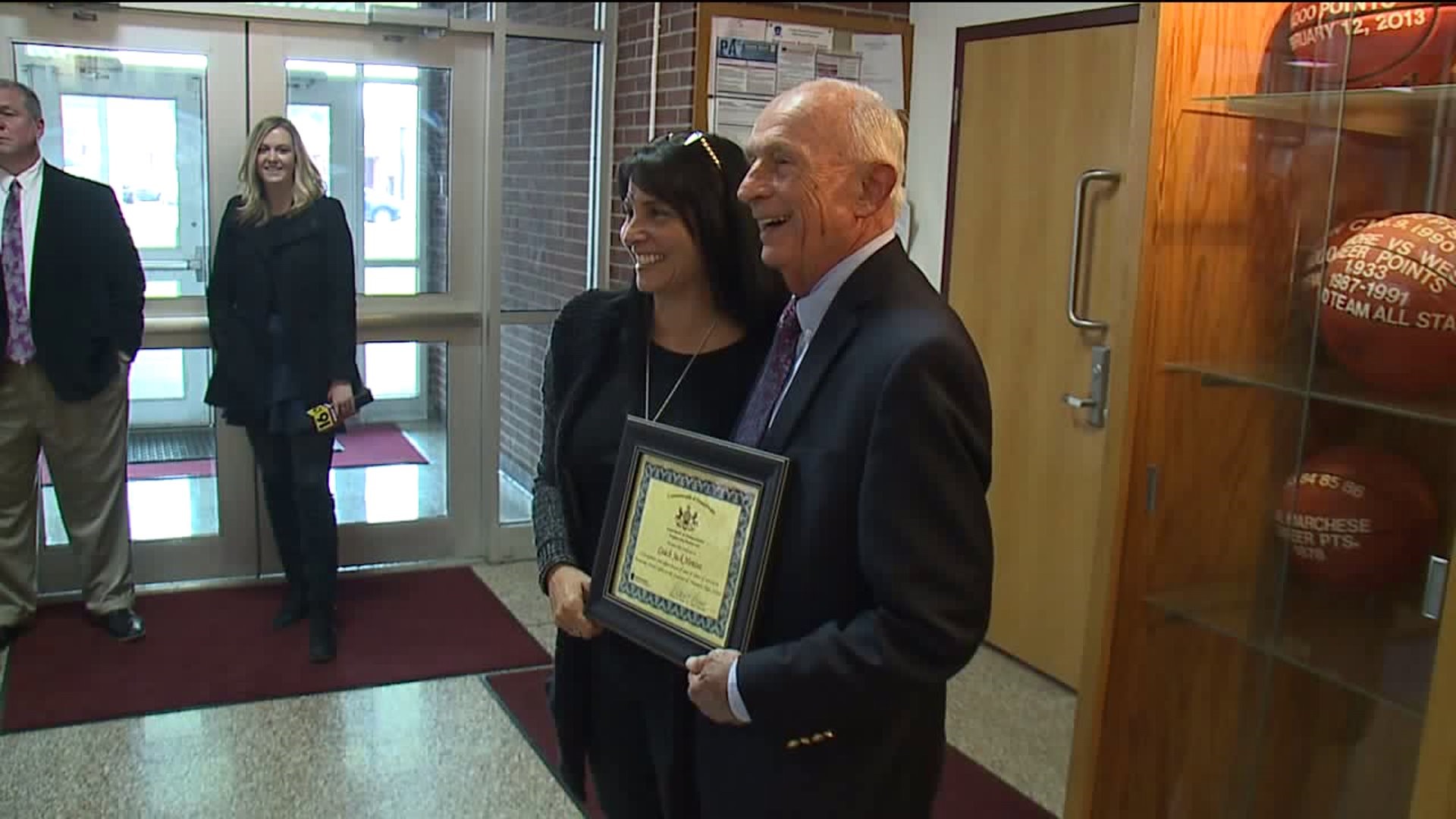 DUMORE, Pa. -- Coach Jack Henzes is known for spending more than half a century on the sidelines of a football field.

"I feel that coaching is teaching," Henzes said.

Of his 52 years as a football coach, 47 were for the Dunmore Bucks. Henzes was back at Dunmore High School today to receive a certificate of appreciation from PennDOT for 47 years of service as a driver's ed instructor.

Muracco was a former driver's ed student of Coach Henzes. So was Muracco's wife, and both of his sons.

"It was harder being in the driving class with him than on the field, you know you're the only one getting yelled at," Muracco said.

Henzes was considered a father figure by both his players, and his students. Like most dads, he could be pretty strict.

"Doesn't let you get away with anything. Hands have to be on the wheel a certain way, none of this," Muracco said.

But he helped shape countless teenagers into the people they are today.

"He just taught you such great life lessons not only in the classroom but out of the classroom. To this day I still mimic a lot of the things he taught me," Muracco reflected.

"Well, I don't try to change. Whether it be the classroom, whether it be on the football field, I try to be the same person, you know, if you have any problems come and see us, we'll try to help as best we possibly can and then go from that point on," Henzes said.

Coach Henzes has a long legacy in Dunmore. Whether on the field or on the road, he steers kids in the right direction.

"You know we had people say, 'coach I've never driven before.' Well, take them on the side streets and of course we do the best we possibly can with them and then we graduate to the cities and the highway driving, doing things like that. And that it's very gratifying to me to see someone do that,” Henzes exclaimed.