After 90 years, the retail and repair business in Dickson City is preparing to close. 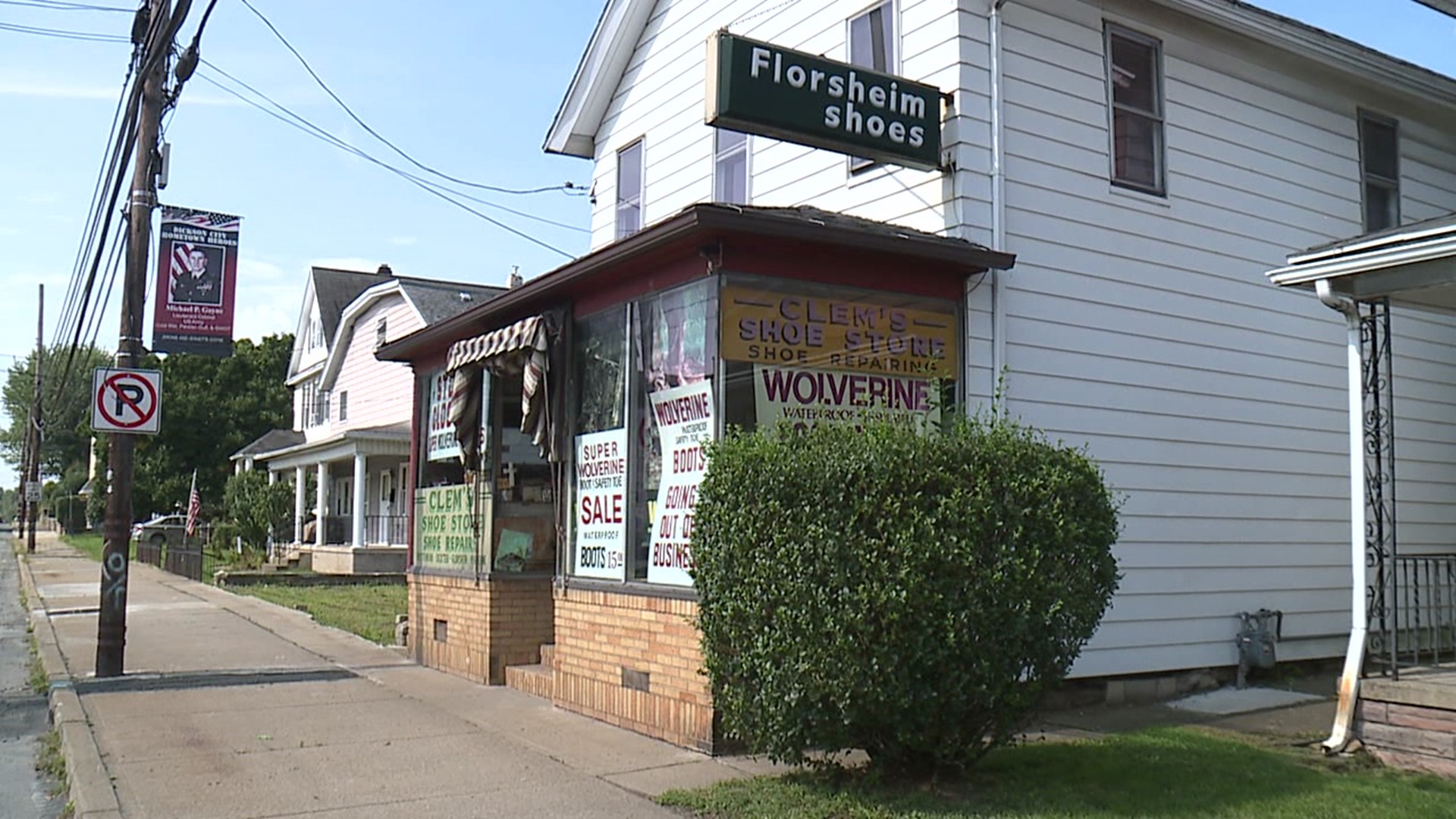 DICKSON CITY, Pa. — In 1963, Robert DeFazio walked into his father's shoe store on Main Street in Dickson City on the heels of a tragedy.

He took over the shoe store suddenly after its namesake and his dad, Clem DeFazio, died following a car crash. Robert had a career in the Navy; he didn't know anything about selling and repairing shoes.

"I injured a few fingers! I broke some shoes. That was in the early days. We've come a long way," Robert said.

Clem's Shoe Store has been running all this time. Clem started it around 1930, and Robert believes that it's the oldest business in Dickson City.

It's not feet but Robert's hands that are bringing an end to the 90-year run. After 59 years of repairing shoes, he just can't do it anymore.

Over the decades, he's seen all types of people at his store to have their shoes repaired or buy new ones. He's most proud of his military customers.

"Some generals passing through going to West Point, I've serviced them. I've serviced some special forces soldiers who I'm very proud of," he said.

After taking care of others for so long, it's time Robert put his feet up.

Robert will lock up the last time once he's liquidated all of his inventory.