Norwich, NY — A New York State bus driver is being hailed a hero after she saved a student from a speeding car. The shocking video shows the scary moments... 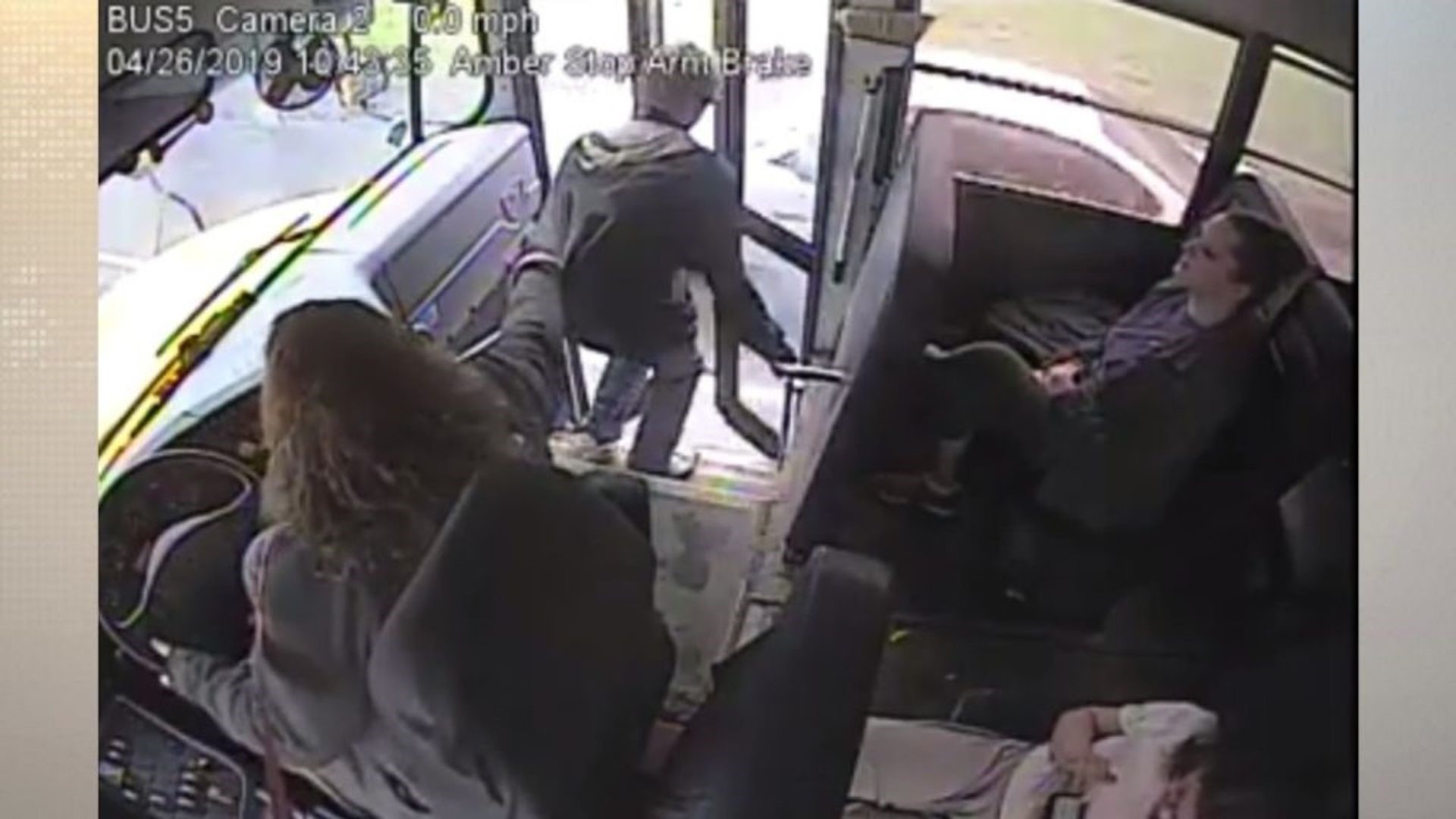 Norwich, NY -- A New York State bus driver is being hailed a hero after she saved a student from a speeding car.

The shocking video shows the scary moments when a car speeds past a school bus door - nearly hitting 13-year-old Matthew Squires as he tries to leave.

"The last thing I remember was getting yanked back and the car flying by," said Squires.

Samantha Call was the driver behind the wheel whose quick thinking and reflexes saved squire's life.

"Here comes a silver car on the side. Matt is probably the third step down now and all I could think of was Matt is going to get hurt, so I just pull him," Call told WBNG.

Christina Beardsley, Squire's mother, says when she first saw the footage, she couldn't believe her eyes.

"I cried. I honestly cried. If she hadn't had been so vigilant and looking behind her bus because no one really thinks of someone coming on the door side of the bus," said Beardsley.

Call says the district felt it was important to share the video and spread awareness of school bus safety.

"It's got to get out there. it's got to stop. People have to pay attention this," said Call.

"It's a big yellow school bus. Its light are on. Its doors are opening. The stop sign is out. I mean, you are supposed to stop for the bus," Mathew's mom added, "I'm just really grateful that she has quick reflexes and she was able to grab him in time"

"I'm so glad I was able to send him home to his mom cause I don't know if I could have gotten back on that bus had I not been able to. I don't think I could ever touch a school bus again," added Call.

The incident is being investigated by the local sheriff's office.

Officials say they want to remind the public to never pass a school bus when it is stopped and the lights are flashing.