Businesses Forced to Close Due to Lack of Power

ARCHBALD, Pa. — A shopping plaza in Lackawanna County has been without power for more than 48 hours causing trouble for tenants who lease store fronts and... 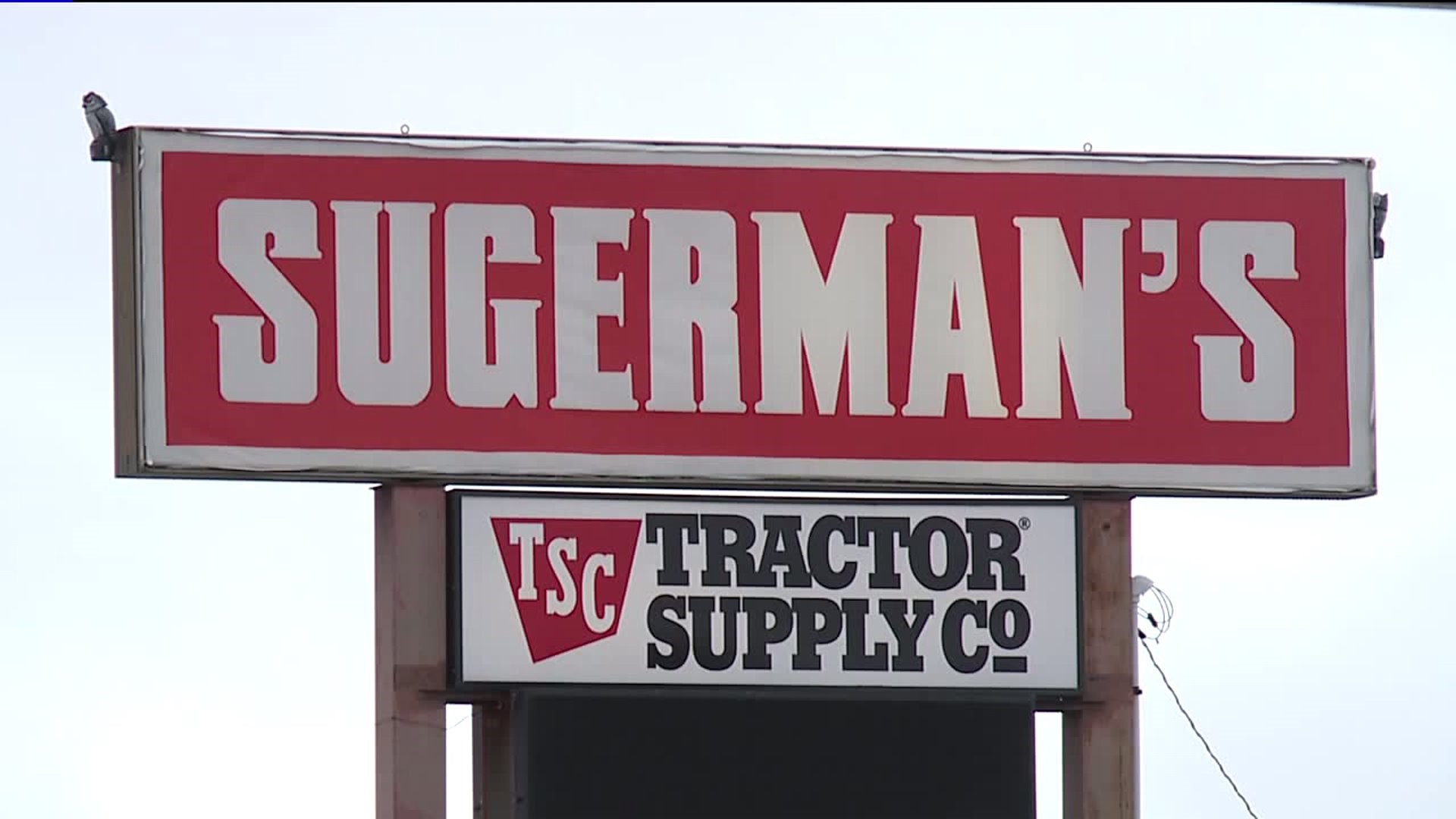 ARCHBALD, Pa. -- A shopping plaza in Lackawanna County has been without power for more than 48 hours causing trouble for tenants who lease store fronts and headaches for shoppers.

“We left, clocked out around 6:45 p.m., Friday morning we showed up to work with no power,” P & R Discounts store manager Ashley Ogozaly said.

Empty aisles and cleared out coolers and freezers was an unusual sight at P&R Discounts in Eynon after power to Sugerman's Plaza in Eynon was turned off and left food unsafe for customers.

“We'll we've been out of business now for two days, Friday and Saturdays being our busiest days of the week. We're not sure when we're going to reopen again, hopefully, tomorrow, Monday at the latest, but at this point, we have been working to make sure our product is in the cooler units, freezer units, but we did lose one whole truckful yesterday,” Ogozaly said.

While the lights are back on at P & R Discounts, the store is only running on a generator, meaning their perishable items have to stay in cooler trucks or be shipped to the Edwardsville location instead. They also had to call off a majority of their staff.

“This is right before Christmas time, right before the holidays, so our paychecks are going to be less,” Ogozaly said.

Staff weren't the only ones upset customers who were hoping to shop for their groceries had to be turned away.

“Very disappointed, I come here for all my gluten-free items, and now I'm going to be stuck having to wait until they open again,” Jull Kamora of Peckville.

Next door, Cost Tire and Auto also had no power Friday into Saturday, making it challenging to serve customers.

“There were people whose cars were leftover who anticipated having their vehicle done, the holidays close so, you know it's important that we got those done. We did the best we could between taking it to Dunmore or Carbondale to try and filter the work,” manager of Kost Tire and Auto Edward Vitock said.

While power is slowly being restored to the businesses in Sugerman's Plaza, the main office says they are unsure when full power will be restored.

“We have power on now, it's coming on stage by stage with generators, and the borough officials have been here to make sure it's safe, and we're waiting to hear from them on a final determination as to whether we can continue with generators. My understanding is PP&L will turn on the electricity on Monday,” lawyer for Sugerman’s plaza’s owner David Kurtz said.

P & R Discounts says they were told the power was shut off due to the owner of Sugerman's Plaza not paying the bill on time, but the owner's lawyer says that's not the case.

“We've challenged the electric rate we're being charged. It's the highest electrical rate that any person pays, whether residential or commercial. We filed a formal complaint before the PEC, but it wasn't lodged in time to prevent the shut-off,” Kurtz said.

According to the Sugerman's  Marketplace Facebook page, they will be closed tomorrow, and plan to hold their Christmas Marketplace that was scheduled for Sunday, December 15th on Saturday, December 21st.

P&R Discounts were also forced to close it's doors Saturday, posting to Facebook that the generator use was unsafe. They tell Newswatch 16 the Eynon location will be closed again on Sunday, but that the Edwardsville location will be operating as usual.