Bringing Bowling Back to Wyoming County

NICHOLSON, Pa. — For more than a half-century, Belvedere Entertainment Center in Nicholson was known as Belvedere Lanes. But after heavy floods damaged th... 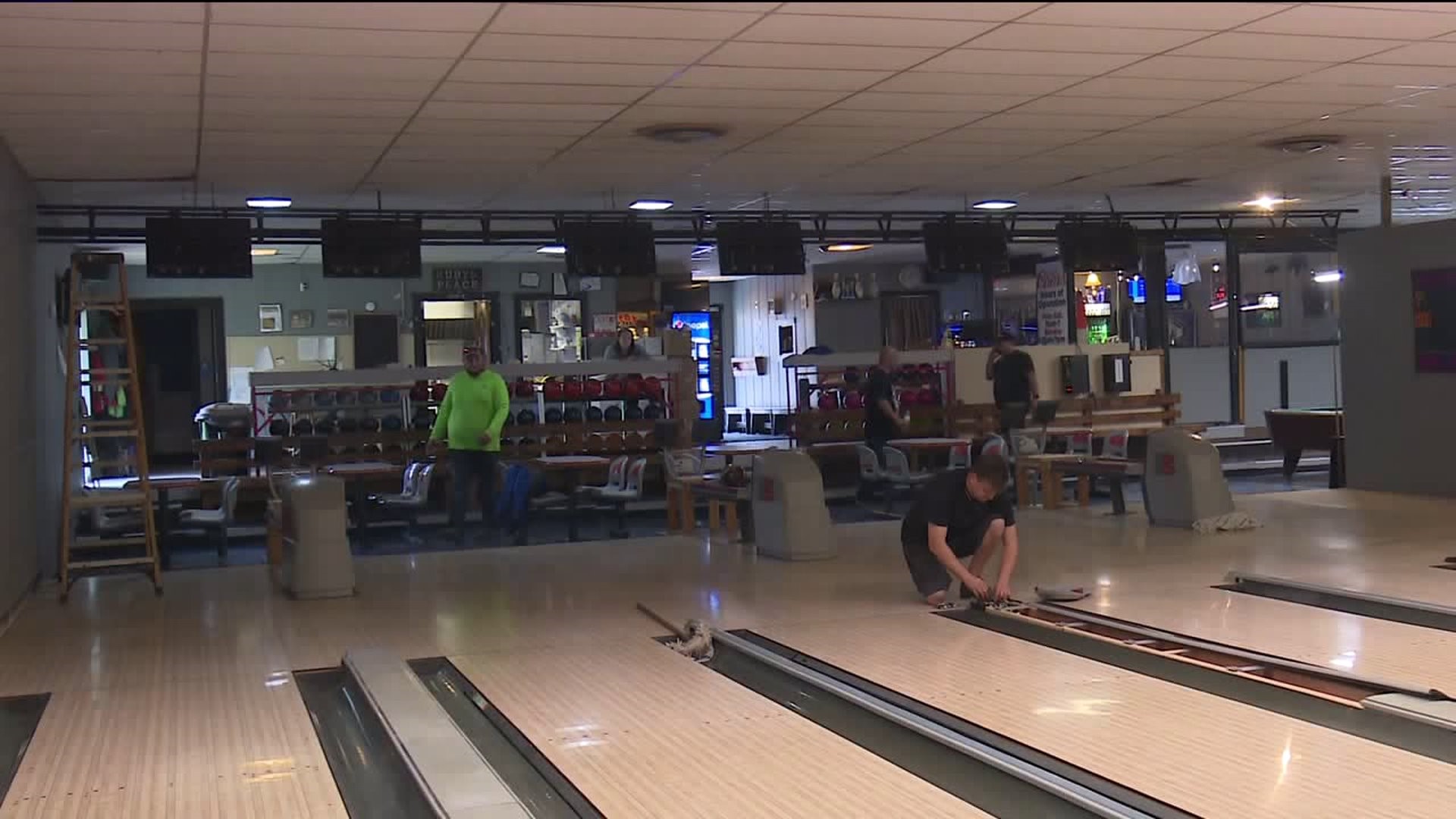 NICHOLSON, Pa. -- For more than a half-century, Belvedere Entertainment Center in Nicholson was known as Belvedere Lanes.

But after heavy floods damaged the recently renovated lanes in August of last year, the bowling pins fell for the last time -- or so everybody thought.

Allen and Matt Loch are the third and fourth generations to run the bowling business. They've seen four major floods in the past 12 years.

"Devastating, especially when you put so much work into it coming into the season, and next thing you know, you got a foot of water in your building again,” Matt said.

The place reopened in January as an entertainment center, complete with a golf simulator, shuffleboard, and pool tables … things that are easier to move in the event of a big rainstorm.

But when the Lochs figured out a way to prevent future flood damage, they decided to bring back the lanes too. Now, it'll be half entertainment center, half bowling alley.

"What we did is we spray foamed the outside of the building, and we're using concrete barriers once we're done. Hopefully, between what we've done to the building and to try to waterize and what the town of Nicholson just got in federal money, hopefully, we never see it again,” Allen said.

The Lochs say that even after closing down the lanes last summer, they always knew that bowling would be back.

It's a new chapter not just for the business, but for the family, as Matt prepares to take over.

"I got my own little son now - 5 months - before I know it, he'll be bowling, and we'll make new memories, so it'll be great,” Matt said.

They hope to reopen officially this weekend with bowling leagues to begin soon after.