DALLAS, Pa. — You’ll find 21-year-old Kaitlyn Weatherby in the pool at least 20-hours a week. The New Jersey native is a senior at Misericordia Univ... 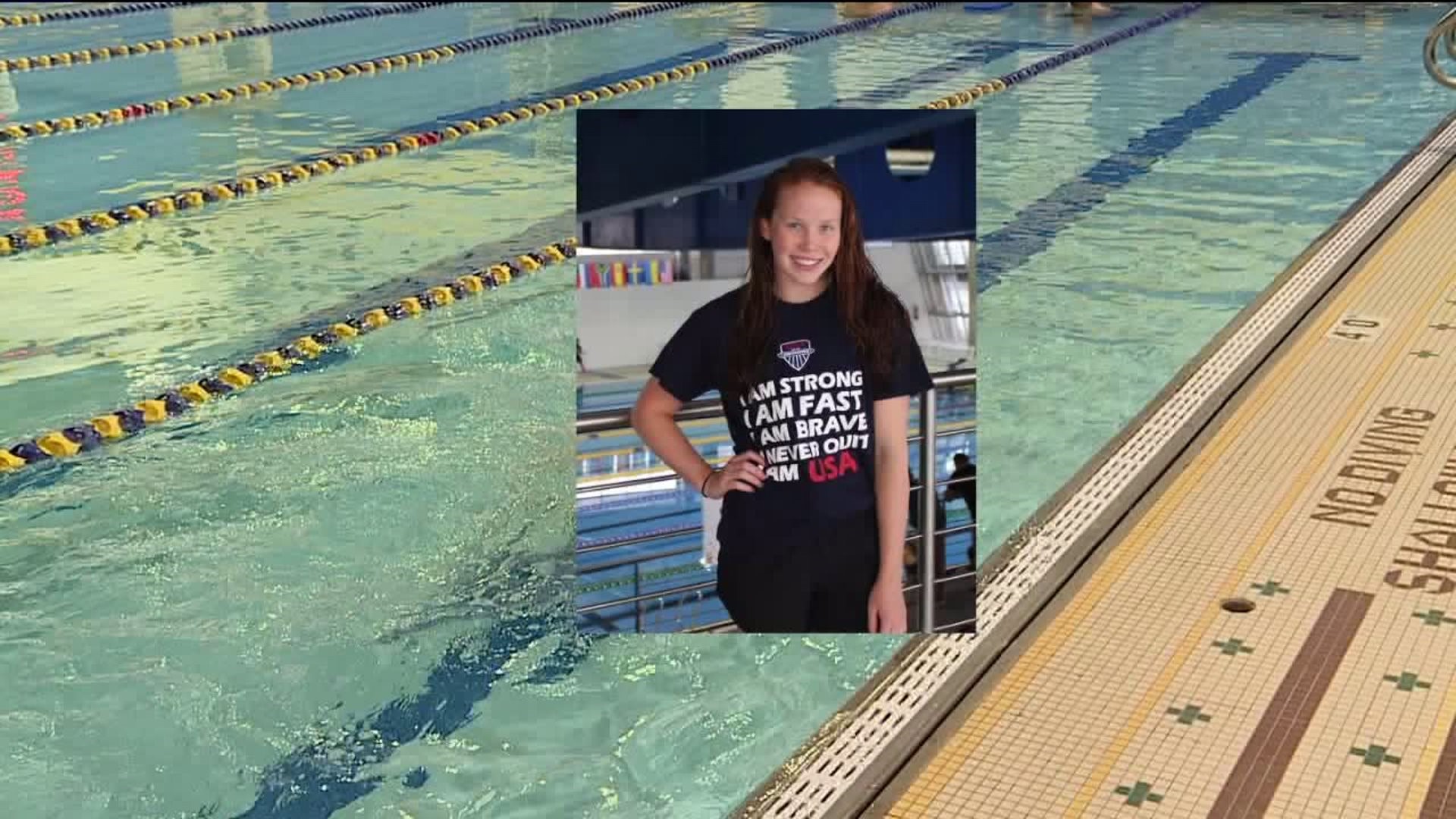 DALLAS, Pa. -- You'll find 21-year-old Kaitlyn Weatherby in the pool at least 20-hours a week. The New Jersey native is a senior at Misericordia University. She is also a national record holder, which happened over the summer at the World Deaf Swimming Championships in Sao Paulo, Brazil.

Her relay team actually took 4th in the competition and didn't medal, but later learned they'd won a heck of a consolation prize.

“I was part of the 4 by 100 medley relay, and we broke the deaf American record. I don't remember the exact time, but I know we broke it by like a second and a half,” Weatherby said.

Kaitlyn was 5 when she told her mom she couldn't hear her teacher at school anymore.

Her mother and brother also have hearing loss, a genetic issue, but she says doctors can't tell her much else.

Talking with her, you'd never know she is hearing-impaired. She wears hearing aids and has learned to read lips well, but she can't wear those hearing aids in the pool.

Nobody quite understands what that's like, except her deaf swimming teammates.

“I think my favorite part about it is seeing how everybody comes from a different journey with their hearing loss, but we all have so much in common at the same time,” Weatherby said.

She's something to watch off the block. But here's what the psychology/pre-physical therapy major has learned out of the pool: she can help younger swimmers, and students in general, understand what took her years of competing and attending public school to figure out about hearing impairment.

“It has been a lot of adapting and advocating for myself, but it hasn't been a negative in my life at all. You don't need to be embarrassed about it. It's a part of who you are. Just embrace it. It's what makes you, you,” Weatherby said.