LAKE HARMONY, Pa.–Ski season is officially open for business in Carbon County. Once again, the ski resort is the first one to open its doors for the 2019 ... 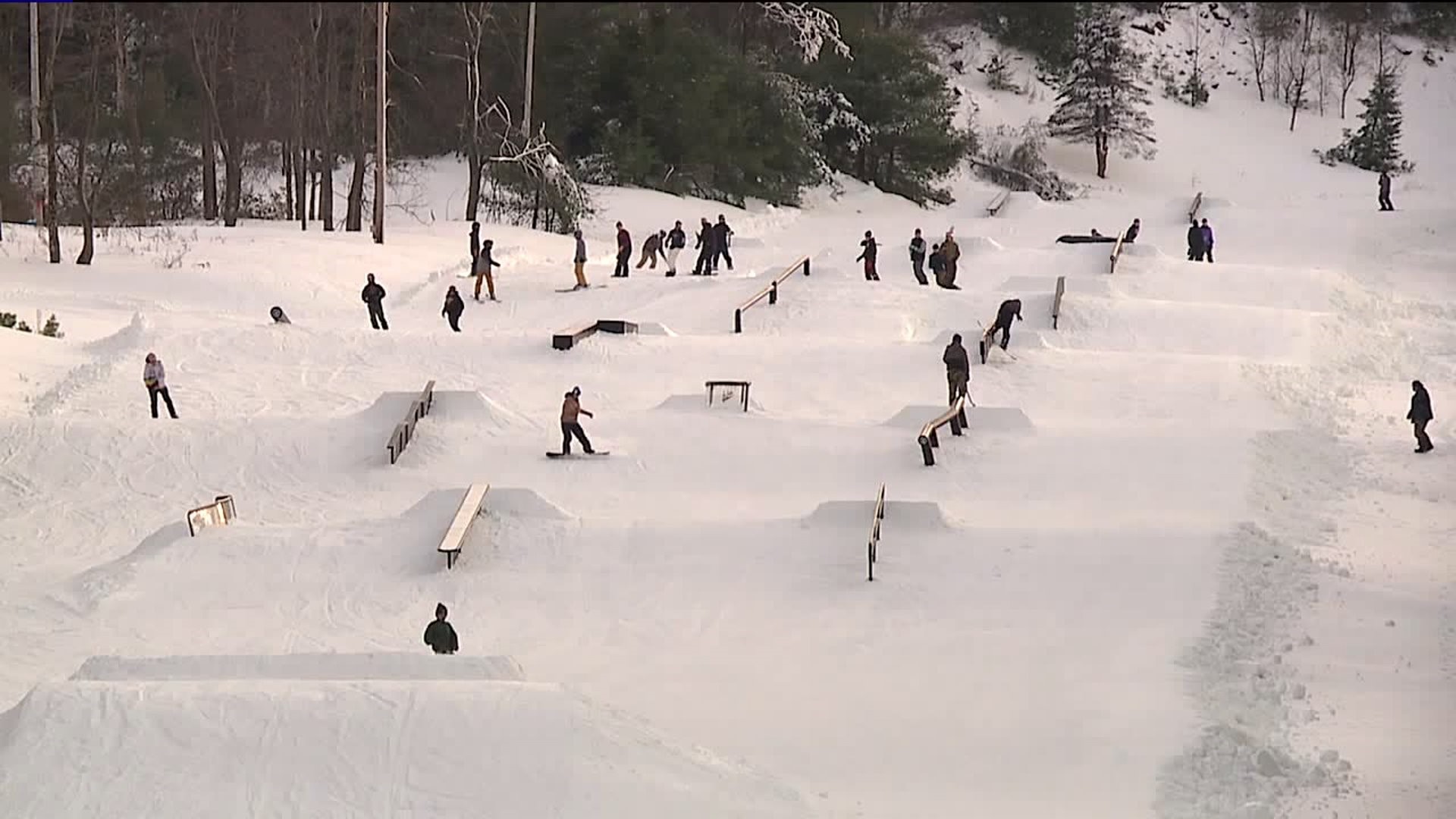 Once again, the ski resort is the first one to open its doors for the 2019 ski season.

The area may have already had its first snowfall of the year but it's nothing compared to what Big Boulder packed onto its slopes.

Eager skiers and snowboarders quickly hit the ski lifts get their inaugural run to the bottom.

“It's so sick, nobody else around here can touch opening day this early,” said Joey McEvoy from Kidder Township. “I mean like everybody else's tries but 15 years in a row, we're number one opening in Pa., pretty untouchable.”

“It's not even Thanksgiving and it's crazy, look how many features they got, it's going to be an amazing day and look forward to the weekend, right?” said Johnny Hanchack, home from California for the holidays.

Pat Morgan with Big Boulder says this is their third earliest opening he can recall.

“Tonight we're open until 10 p.m.,” said Morgan. “Saturday, Sunday we're open ten to six. We have $30 tickets all weekend. We have four slopes including a teaching area, a hike park, a recreational trail and a full park.”

For many, it's bragging rights to get to opening day each year.

“I've been ready for this the day that it closed, in May,” said McEvoy.

Some say after a summer off of the slopes they could do with some brushing up.

“We're getting back into it,” said Gabby Morena.

“She's killing it. She's humble, she's showing everyone out there,” said skiing partner Garrett Scott; both traveled from Slatington.

Big Boulder will be open from 10 am to 6 pm this weekend.