DUNMORE, Pa. — The time after a joint replacement surgery is full of rehab and recovery, but up until a few years ago, there was no way for Geisinger Heal... 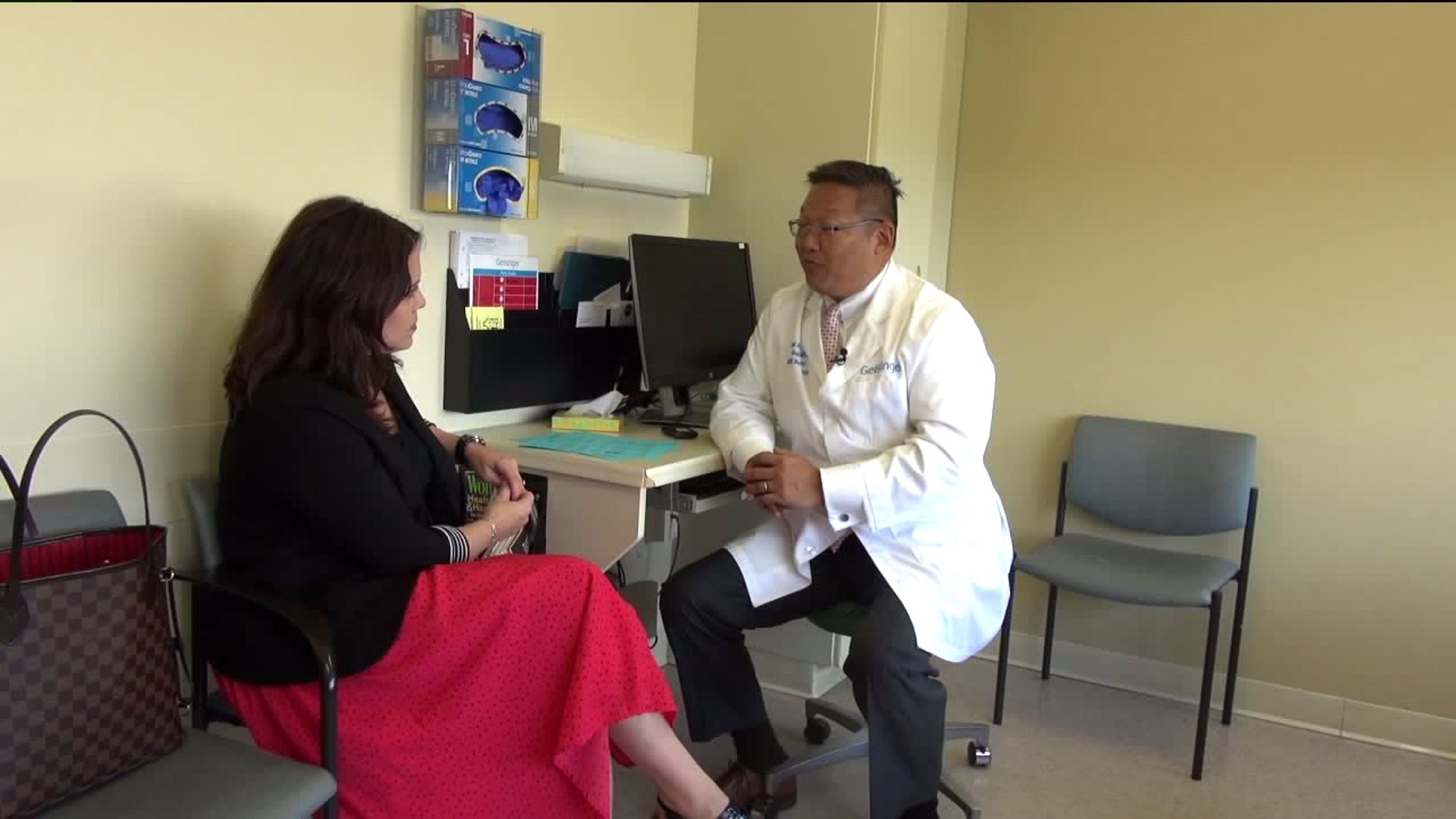 DUNMORE, Pa. -- The time after a joint replacement surgery is full of rehab and recovery, but up until a few years ago, there was no way for Geisinger Health System officials to track what patients were doing.

An app changed all that.

It's safe to say Joe Baltrusaitis is an active guy. At 70 years old, he's a longtime runner and handball player, a soccer coach since 1990, and a junior high track and field coach in Dunmore for more than 20 years.

"I used to run two or three times a week, and during the summer, I'd jump rope around this track, about eight laps!"

A few years ago, arthritis pain got ahold of him, and last December, Joe had a hip replacement surgery.

"Before that, I couldn't walk the length of this field without pain or limping."

Before his surgery at Geisinger, Joe's doctors signed him up for a special app, developed in conjunction with Force Therapeutics. It's meant to improve communication and connection for patients outside the hospital setting, according to Dr. Michael Suk, chair of the Musculoskeletal Institute at Geisinger Health System.

He says typically they'll see joint replacement patients at two weeks, six weeks, and three months after surgery, but they had no idea what was happening in between.

"This gives us much better access and insight into what's happening in between visits, and if they have a problem, we can intervene much earlier," said Dr. Suk.

The app consists of special exercise videos, helpful hints, and a messaging feature.

In three years, Geisinger has enrolled some 2,000 patients, and Dr. Suk says the results have been remarkable.

"We've seen a tremendous drop in our skilled nursing facilities, so patients are going home much earlier, and our readmissions have dropped in the double digits," Dr. Suk added.

Joe says he appreciated having the app as he recovered from his hip replacement surgery.

"Every day you go into the app and it says, 'OK, did you do this? What's your pain level?'"

He was back on track by March, and now says he's doing everything he used to be able to do with one minor exception.

"I haven't started jumping rope yet!" he laughed.

Doctors say the information patients input into the app is very important. So much so, it's integrated into their medical records electronically.

Dr. Suk says there's a thought that other disciplines might use something similar in the future.