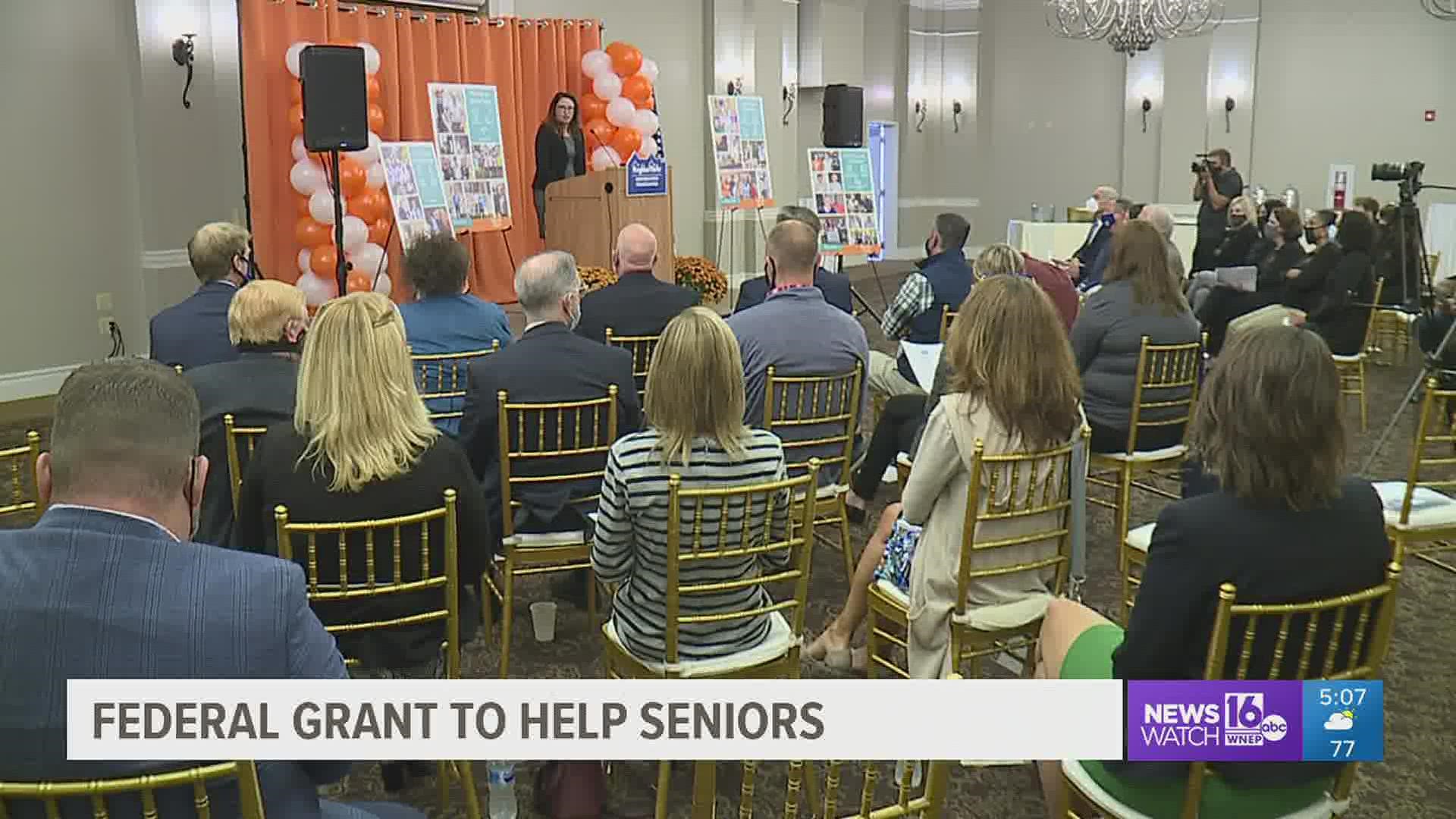 LACKAWANNA COUNTY, Pa. — A program that aims to help seniors in Lackawanna County stay in their homes has received a boost from the federal government.

Organizers said it will allow them to expand into Wayne County as well.

The program, called "Aging in Place," was created a few years ago by Neighborworks of NEPA.

Occupational therapists and contractors work together to make homes safer for seniors, hopefully allowing them to stay in their homes as opposed to moving to assisted living or a nursing home.

Paul and Mary Ann Bauman spent the majority of their married life in a home in Scranton's west side. When Paul's life was coming to an end earlier this year, there was nowhere else he wanted to be.

Mary Ann called Lackawanna County's Area Agency on Aging, which connected her with Neighborworks. Then a crew with the Aging in Place program came and installed a stair glider, grab bars, and a ramp. All things Paul needed to stay home.

"The idea originally was for him to be able to stay here, and he was here until the last day of his life," Mary Ann said.

There are a lot of stories like Mary Ann's in Lackawanna County.

Neighborworks has been struggling to keep up with the demand of its Aging in Place program. But, officials have just announced they've received $1 million in federal funding to help expand the program.

"That funding is going to help us to, not only double down on our investment to help seniors here in Lackawanna County, but it is also going to help us expand our services into Wayne County, which we're really really excited about," Neighborworks of NEPA's president & CEO Jesse Ergott said.

The program's administrator, Mary Endrusick, said its biggest problem actually helped them secure the federal grant, Aging in Place has 150 people on a waiting list.

"With the million dollars, and I just get giddy whenever I get to say that, we'll be able to clean up that list in Lackawanna County, we'll be able to bring on more contractors, more occupational therapists," Endrusick said.

Mary Ann Bauman said the changes made for her husband Paul are now making all the difference for her.

"And I think with all the work that they did, I will now be able to stay here too, and that was the ultimate goal," she said.

Neighborworks thinks the new grant will help them make improvements in more than 200 homes in Lackawanna and Wayne Counties.

You can find more information here.

RELATED: Incentives for shots in Scranton